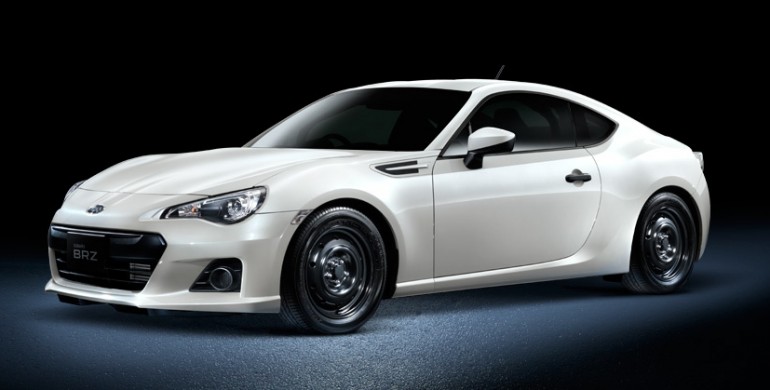 Lightweight, de-contented versions of the Toyota GT86 and the Subaru BRZ aren’t new to the Japanese market. In fact, shortly after the standard production models were launched, both Toyota and Subaru built stripper models for the tuner market. Now that more and more customers are starting to track and race their BRZ coupes, Subaru Japan is addressing the need for a (nearly) track-ready BRZ.

Dubbed the Subaru BRZ RA Racing, this Japan-only model comes with cheap tires on steel wheels, a barren interior and no changes to the BRZ’s engine or suspension. On the plus side, it does get a full roll cage, racing harnesses, 4.1:1 final gearing and competition-ready tow hooks, and it comes in the buyer’s choice of six colors.

The changes (and omissions) make sense to us, since every racer has his or her favorite tire and wheel, and allowable engine modifications differ by series. Suspension choices will also differ from driver to driver (and, possibly, track to track) so there’s no sense in wasting money here, either. We suspect that the BRZ RA Racing is still road legal in Japan, but its absolute lack of creature comforts (like air conditioning and an audio system) makes it sub-optimal as daily driver.

The BRZ RA Racing will sell for the equivalent of $31,500 in Japan, which is about the same sticker price as a loaded BRZ. There are no plans to export the RA Racing model at this time, since its high selling price would severely limit sales. We suppose you could build a comparable car from a base BRZ for about the same money on these shores, which eliminates the need for a factory-built racing version. Except, of course, for the cool factor.