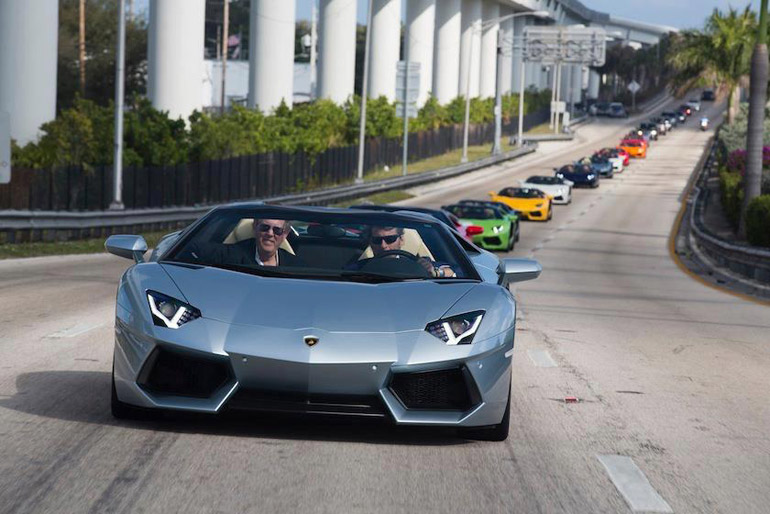 Lamborghini kicked off their 50th Anniversary celebration in Miami yesterday with a 40-car parade down the streets of Miami and Miami Beach then later concluding at the Miami International Airport for an exotic runway drive of about 12 new Aventador LP700-4 Roadsters. President and CEO of Lamborghini, Stephan Winkelmann, along with Miami Beach Commissioner, Jerry Libbin, joined in the festivities. Aventador Roadsters raced down a closed runway at speeds over 180 mph, a record for Miami International Airport during the festivities. 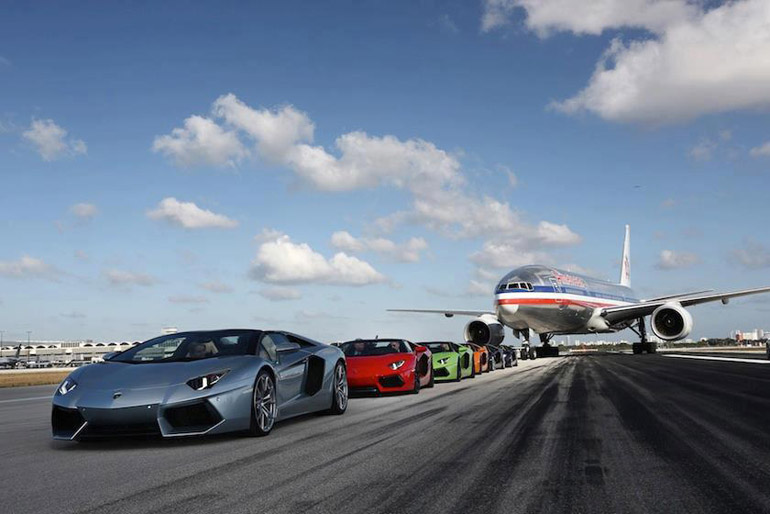 Lamborghini was started in 1963 by Ferruccio Lamborghini who wanted a vehicle that was defined as a “refined grand touring car” to go head-to-head with Ferrari. During the 1970’s oil crises, the brand hit setbacks until Patrick and Jean Claude Mimran purchased the company to bring it back to life before selling to Chrysler in 1987. As you may know Audi AG owns the company and paved a new path for a truly exotic global car brand since 1999. 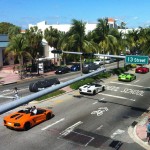