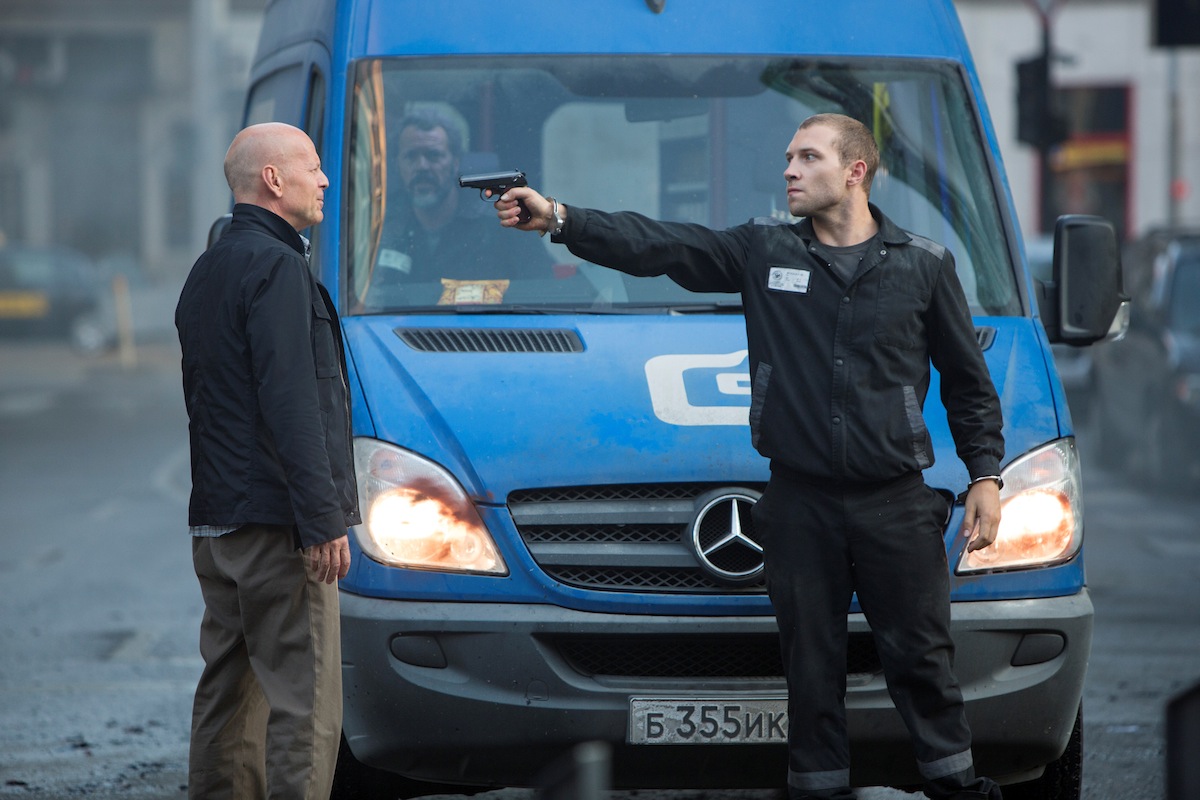 In case you were wondering what Bruce Willis is up to these days, the answer is this: he’s been reprising the role of super-cop John McClane in a new Die Hard movie, entitled A Good Day To Die Hard. The plot has him in Moscow in search of his wayward son, but instead he runs into terrorists trying to steal a nuclear weapon. He does track down his son, who turns out to be a CIA operative. Action-packed family fun ensues.

Of course that’s just one version of the plot. In the second, perhaps more relevant version, Willis shares screen time with no less than 14 different Mercedes-Benz models, including the C-Class and E-Class sedans, the G-Class and GL-Class SUVs, the Sprinter van, a Maybach 57, the legendary Unimog and even a Zetros heavy-duty truck.

Sure, there are rival brands in the film, too, like the line of BMW 7-Series sedans (presumably used by the bad guys) in the opening of the trailer. None are featured quite as prominently as the three-pointed star’s wares, which display logos throughout the film. We’re willing to cut Mercedes a bit of latitude here, since its vehicles are popular thoughout Europe and Russia. So are heavy-duty trucks from brands like Tatra, and their absence is more than a bit conspicuous.

That won’t stop us from watching the movie, since it’s not likely to be up for an academy award in 2014 anyway. Still, we can’t help but wonder when the shift from including product placements in movies, to filming movies around product placements, occurred.