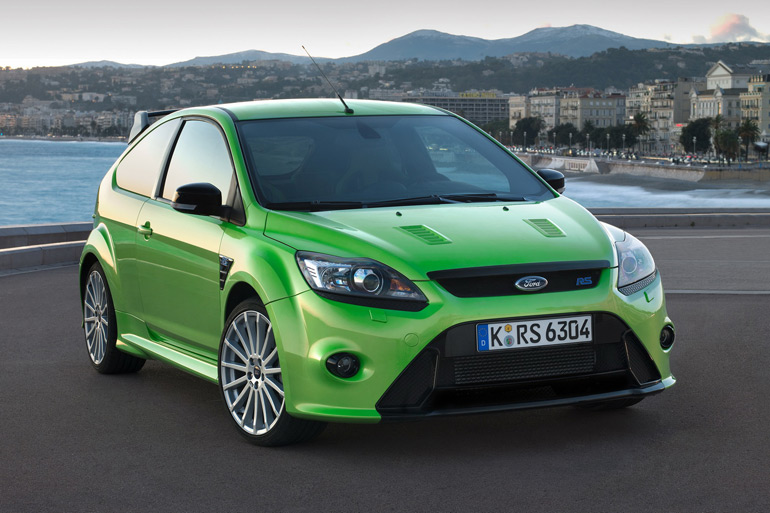 The Ford Focus RS has always been Ford’s savior when it comes to having something to put all other hot-hatchbacks to shame. Over many years here in the states we anticipated such a vehicle making it to our side of the pond but with no luck. Recently we got the Focus ST, a rather nice FWD performance hatch but it still isn’t the Focus RS.

A recent report from Britain’s Autocar makes a daring allegation that the RS is a sure thing along with some special Focus RS renderings. The Autocar report never specifies a named source for their claim, which hints at the Ford Focus RS making it to the United States in 2015.

Some sources at Car and Driver, after getting all flustered by Autocar’s accusations, have set out their own investigative forces to pick the minds of Ford who have slowly leaked subtle information – what is thought to be in hopes of influencing corporate decisions to approve future products. With that said, Ford is making moves to introduce new global platforms of their vehicles, which basically reach many shores without too much deviation from its original design. That means if there is a Ford Focus RS in the works, which Car and Driver believes there is, it will make it state side along with the globalized next-generation Edge and Mustang.

Hopefully we can get some additional details and more confirmation on a potential state-side Ford Focus RS as we all dig into this new report.