The Brains Behind The Koenigsegg Agera R: Video 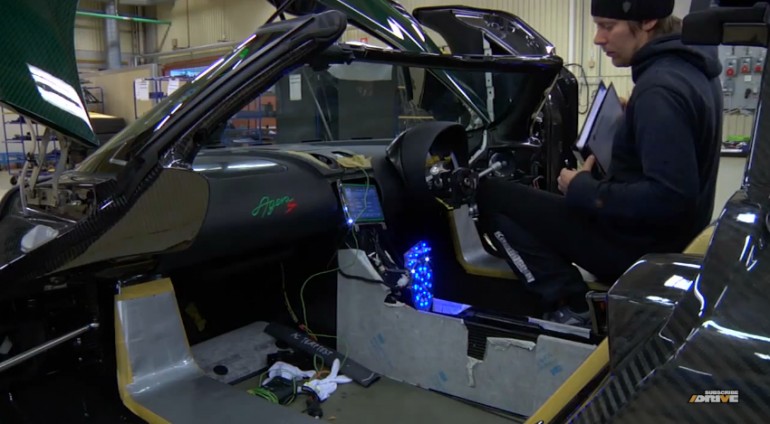 Not too long ago, cars were entirely mechanical in nature, tuned via screwdriver and wrench, not via laptop computer. Evolution in any species is inevitable, and today’s cars are controlled by electronics as much as they’re controlled by the driver. Every system, from engine to transmission to brakes to climate control to airbags, relies on signals from sensors processed through control units.

In the case of Koenigsegg, all hardware and operational software is developed in house, which is a monumental task for a company this small. In terms of new product, up to 20-percent of a car’s development time is spent on the electronics, and all of Koenigsegg’s software engineers work on engine or chassis teams as well. Unlike larger automakers, who routinely develop components in isolation to work across an entire model range, Koenigsegg’s electronics and software are developed in cooperation with functional teams.

As Christian von Koenigsegg explains, there is no difference between the outside of the car, which everyone sees, and the smallest electronic component, hidden from view. Each carries his name and the name of his company, meaning that each much function perfectly, every time, without exception.

Is this obsessive? Perhaps, but Koenigsegg isn’t selling value-priced cars to the masses. At the Agera R’s price and performance point, there is no such thing as “good enough.”