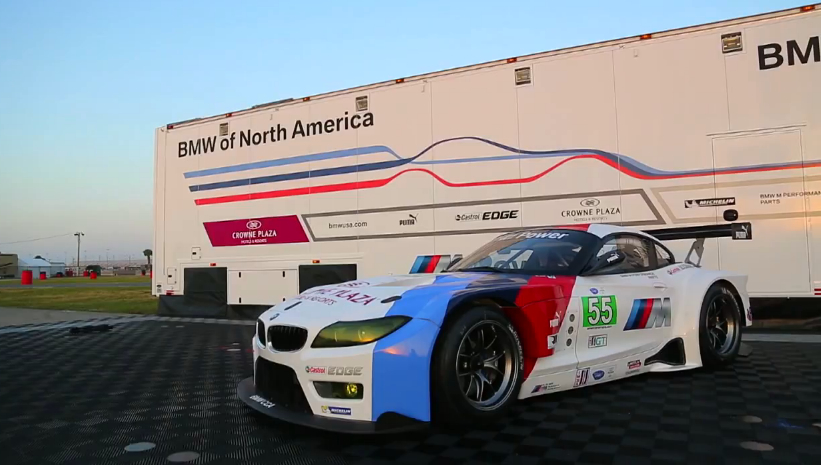 For the past four years, BMW Team Rahal Letterman Lanigan Racing has campaigned a specially-prepared BMW M3 in American Le Mans Series (ALMS) competition. During that time, Team RLL has won two manufacturer’s championships, two team championships, one driver’s championship and the Michelin Green-X championship. With success like that, you’d think that Team RLL would stick with a proven platform for the final year of ALMS racing.

BMW, however, has other plans for its racing future. Now that the current M3 is essentially end-of-life, BMW wants to replace it with a current product from its catalog. Enter the BMW Z4 GTE, which will replace the Me at Team RLL for the 2013 season. Neither BMW nor Team RLL will be starting from scratch, however, as the Z4 GTE is based on the race-proven, championship-winning BMW Z4 GT3.

Still, any new race car (new to a series, anyway) needs time to shake out the bugs, and Team RLL is hoping to do so in 2013, ahead of the 2014 ALMS – Grand-Am Series merger. They’ll have plenty of help on-track, as one Z4 GTE will be driven by Bill Auberlen, Joey Hand (or John Edwards, if Hand is fulfilling his obligations to BMW in DTM) and Dirk Muller. A second car will be run by Maxime Martin, with Uwe Alzen and Joerg Mueller stepping in to drive during endurance events.

The 2013 season of the American Le Mans Series kicks off on March 16, with the 12 Hours of Sebring from Sebring, Florida.