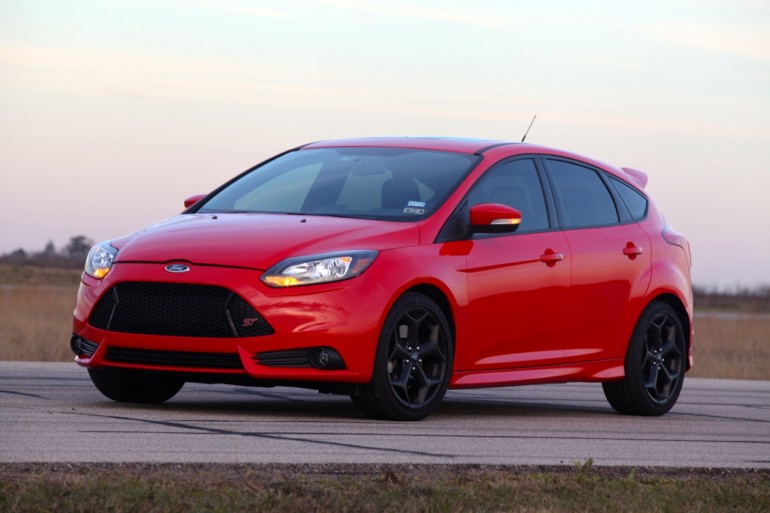 John Hennessey’s company, Hennessey Performance Engineering, specializes in making fast cars go a lot, lot faster. It also builds the Venom GT supercar, which may be the best example of “too much horsepower” we’ve ever seen. As the head of the company, you’d expect Hennessey to pick a Venom GT, a 1,000-horsepower Cadillac CTS-V or perhaps a Ford F-150 Velociraptor as a daily driver.

Instead, Hennessey’s ride of choice for the work week grind is a Ford Focus ST. If this sounds like blasphemy, Hennessey manages to construct a solid argument for the hot hatch; it’s (relatively) good on gas, serves up plenty of room for hauling stuff, and it’s fun to drive, especially with a few Hennessey enhancements.

The net result is a car that’s still practical, yet even more fun to drive. As the legendary tuner explains, the car will spin its tires through second and into third gear, and now makes “about as much horsepower as I’d want to drive,” at least in a front-wheel drive car.

If you have a Focus ST of your own, Hennessey Performance Engineering will sell you its HPE 300 kit, containing the intake, ECU reflash and custom badging, for a reasonable price of $995. That doesn’t include the stainless steel Magnaflow exhaust, (which Hennessey sells for $695), but we’d want to bolt one up just for the improved sound alone.

Interested? Head on over to Hennessey Performance Engineering for complete details.