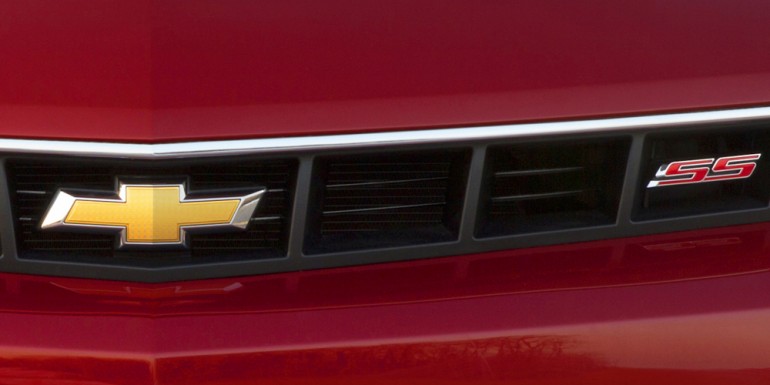 Chevrolet looks like it will have a pretty epic year in 2013, thanks to the introduction of the 2014 Corvette Stingray and the 2014 Chevrolet SS sedan. While these two enthusiast-oriented vehicles are all-new, Chevrolet doesn’t want its fans to forget about the Camaro, either.

Calling it “the most significant change for the fifth-generation Camaro,” Chevrolet will unveil the updated 2014 Camaro at the New York Auto Show. It isn’t releasing any details (aside from the teaser image seen here), but it’s safe to expect a few styling tweaks, as well as a potentially updated interior.

We don’t see any major changes to the Camaro’s engine offerings, but GM could pull a fast one on us here; after all, it just announced a twin-turbo 3.6-liter V-6 for the Cadillac CTS and XTS, and that engine would fit nicely in the Camaro’s engine bay. Who wouldn’t want SS power with better fuel economy?

It’s worth pointing out that this face-lifted Camaro won’t be all-new. The next generation Camaro will reportedly use a smaller and lighter platform (which we view as a good thing), meaning that production won’t begin until Camaro assembly moves from Ontario, Canada to Michigan. The earliest that move will take place is 2015, meaning that an all-new Camaro isn’t likely to appear before 2016.