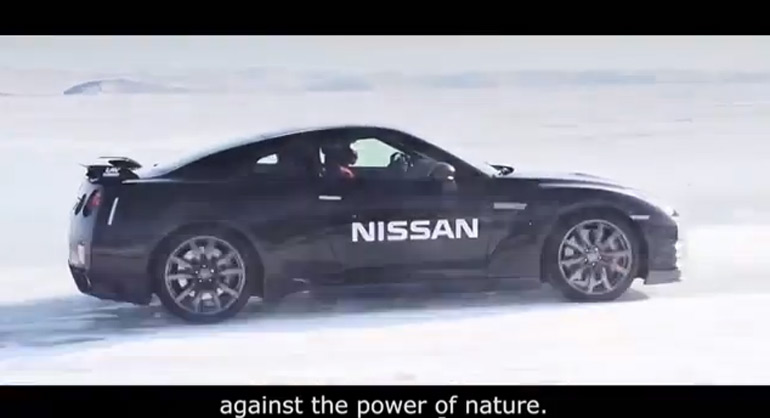 In the super and hyper car wars top speed matters. When you throw in some inclement weather factors all bets are off as to what supercar will successfully make it beyond the threshold of triple digit speeds. The Nissan GT-R, further proving its technological wonders, does a run to 183 mph on ice in Russia. Sure, this may sound rather slow compared to the 200+ mph speeds other supercars have obtained, but we are talking about on ice. The record of this brave stunt still remains in with Juha Kankkunen in a Bentley Supersports Convertible reaching 205.48 mph. Check out the video below for giving some credit where it is due for a stock GT-R making its way across iced-over Lake Baikal.