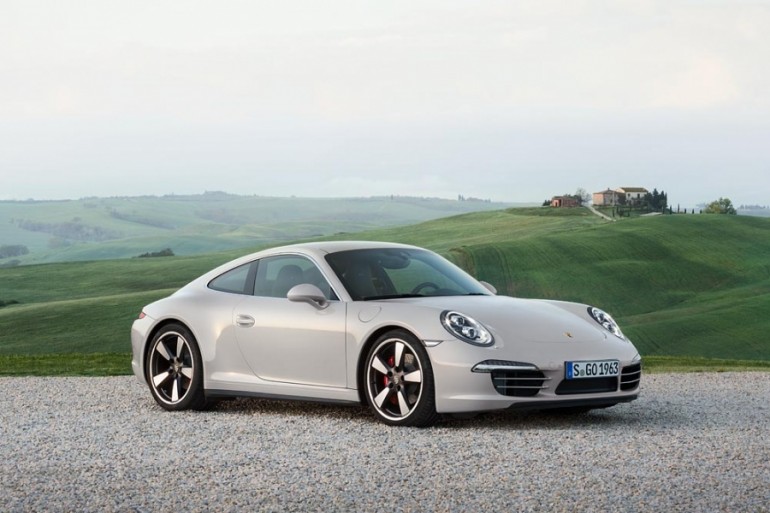 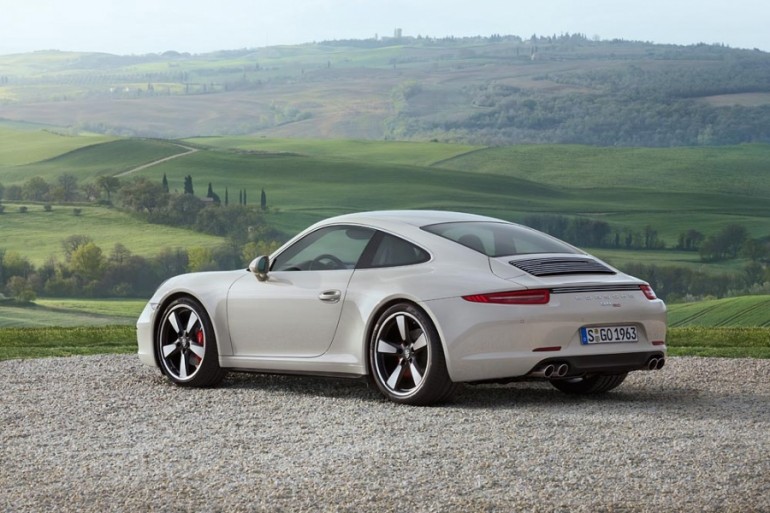 The new Porsche 911 50th Anniversary Edition is a rear-wheel-drive Carrera S but outfitted with the Carrera 4’s larger body panels and wheel arches. Power remains at about 400 horsepower from the 3.8-liter flat-6 engine and is mated to the 7-speed PDK transmission. 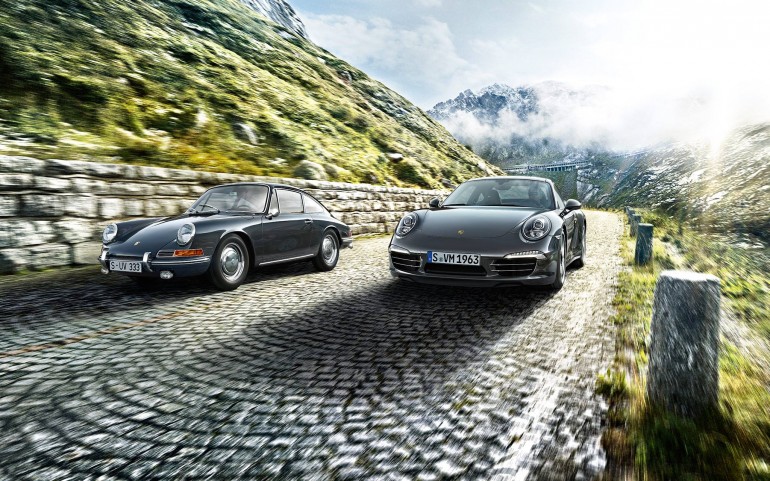 Many of the bespoke attributes are in its wheels, chrome strip trim pieces in the engine compartment, special trim on the front air inlets and between the rear lights. Of course the interior gets a special treatment with embroidered seats to signify the 911 50th Anniversary while the outside gets a two-tone 3D ‘911 50’ badge on the rear. 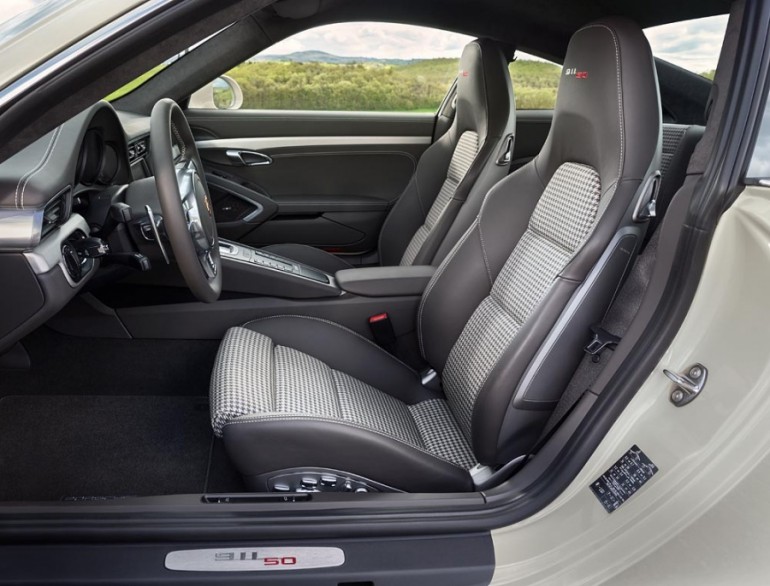 The Porsche 911 Special Edition will make its debut at the Frankfurt Motor Show later this year launching on the same day the original 911 debuted. The full 1963 examples of the 911 50th Anniversary Edition will be shared across the globe with a choice of only two unique colors, dark graphite gray or a light Geyser gray. You better visit your local Porsche dealer to get your name on the list now.