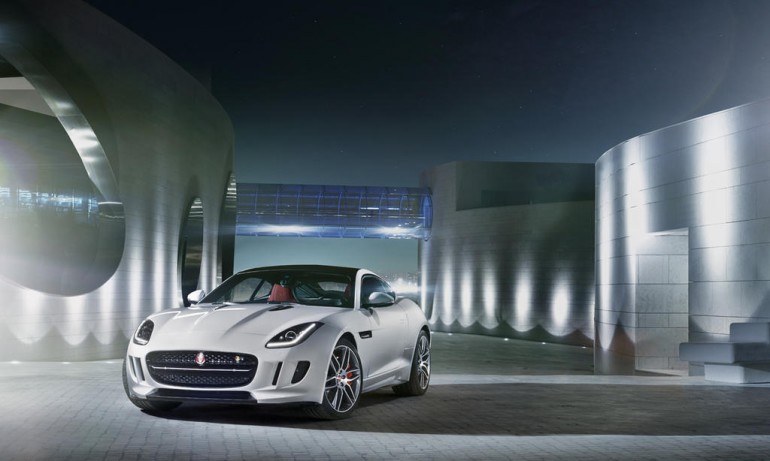 The all-new Jaguar F-TYPE R Coupe is making its debut this week at the LA Auto Show touted as the most dynamically capable, performance-focused, production Jaguar ever. The new Jaguar F-TYPE packs in a 542 horsepower supercharged 5.0-liter V8 engine and the ability to sprint from 0 to 60 mph in just 4 seconds while topping out at 186 mph. 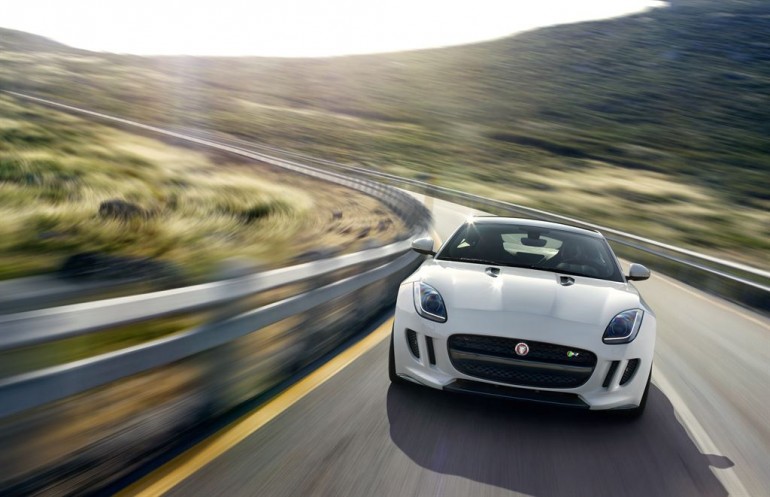 The all-aluminium F-TYPE Coupé – the most dynamically capable, performance-focused sports car that Jaguar has ever produced – is available in three versions:
F-TYPE R, F-TYPE S and the F-TYPE.

The range-topping F-TYPE R Coupé is powered by Jaguar’s 5.0-litre supercharged V8 engine in 550PS/680Nm tune, delivering acceleration to 60mph in 4.0-seconds, and a top speed of 186mph (electronically limited). 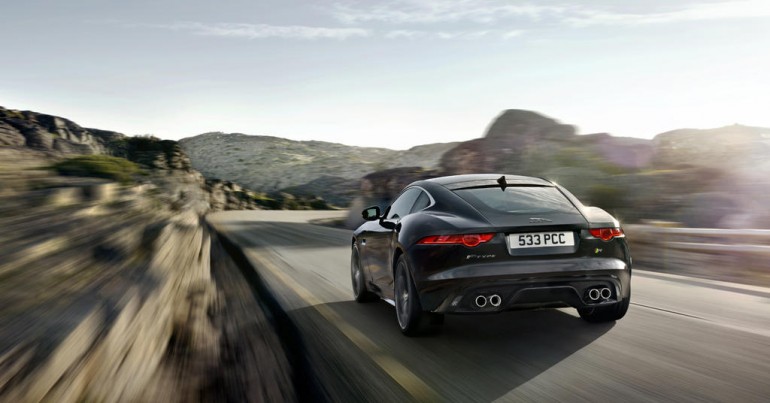 The F-TYPE Coupé embodies the uncompromised design vision of the stunning Jaguar C-X16 concept sports coupé that debuted at the 2011 Frankfurt Motor Show, its dramatic cabin-rearward stance being defined by three heartlines. The first two heartlines – shared with F-TYPE Convertible – form the muscular front and rear wings, the third heartline being the sweeping Coupé roof profile which provides an unbroken silhouette while emphasising the visual drama of the tapered cabin sitting between powerful rear haunches. 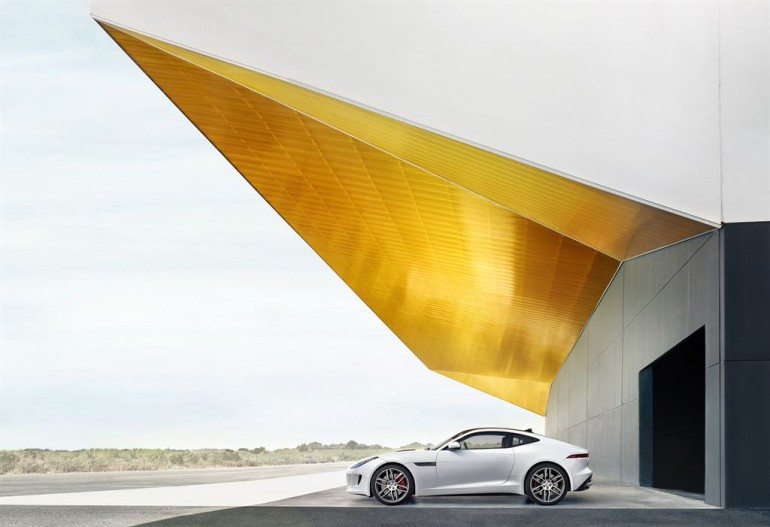 Jaguar’s expertise in aluminium technology has enabled the design vision for the F-TYPE Coupé to be delivered in a lightweight yet extremely strong bodyshell. Torsional rigidity for all F-TYPE Coupé variants is 33,000 Nm/degree – greater than in any previous production Jaguar – this rigidity providing the basis for excellent dynamic attributes.

The F-TYPE Coupé’s body side is made from a single piece aluminium pressing, probably the most extreme cold-formed aluminium body side in the automotive industry, eliminating the requirement for multiple panels and cosmetic joints. The roof panel itself is available in either aluminium or panoramic glass form. A deployable rear spoiler sits within the tapered shut-line of the F-TYPE Coupé, while slim, wrap-around LED lamps flank a beautifully engineered tailgate, with optional powered open/close functionality. 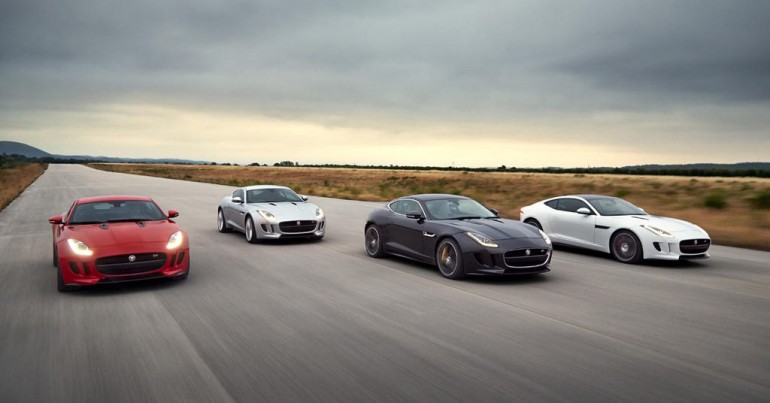 To deliver assured, progressive handling in line with its 550PS output, the range-topping F-TYPE R Coupé features a bespoke suspension set-up and new dynamic technologies. These include a second-generation Electronic Active Differential (EAD) and – for the first time on a Jaguar – Torque Vectoring by braking, these systems working in parallel to provide immediacy of response and exploitable handling. The EAD system automatically redistributes engine torque between the rear wheels to ensure excellent on-the-limit control, while Torque Vectoring by braking intelligently applies precisely metered braking force to the inner wheels as necessary during cornering to enhance agility. Sports suspension with Adaptive Dynamics damping and Configurable Dynamic Mode further enhance the F-TYPE R’s immediacy of response, providing an exhilarating and involving driving experience.

F-TYPE R and F-TYPE S Coupé models also have the option of Carbon Ceramic Matrix (CCM) brakes which offer absolute consistency of performance and excellent fade resistance, as well as a total unsprung-weight saving of 21kg. 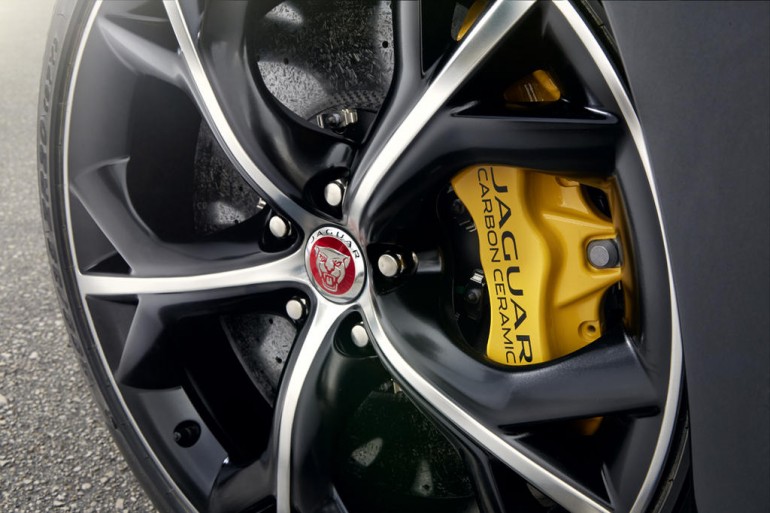 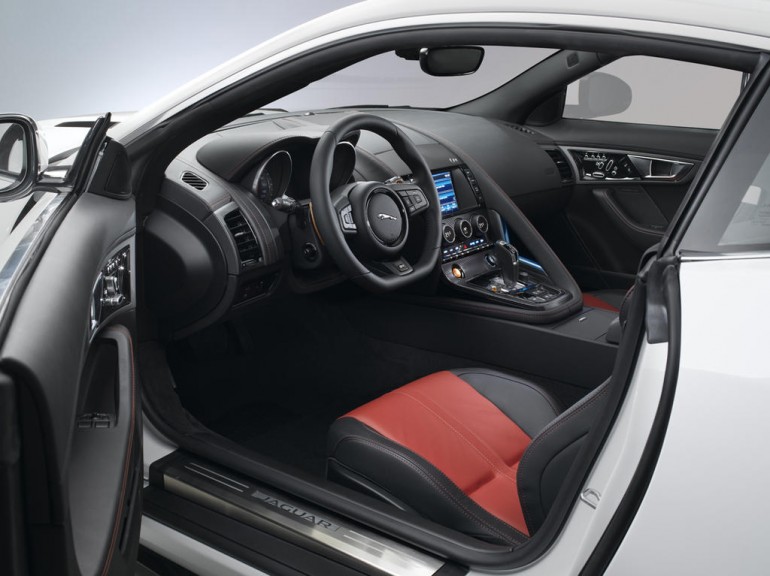 “With F-TYPE Coupé, the Jaguar engineering team has exceeded our considerable target of building a car that delivers even more driver reward than the acclaimed F-TYPE Convertible. Engineering an exceptionally rigid all-aluminium Coupé body structure was the key to achieving this, as it’s the fundamental basis for enhanced dynamic attributes. The result is that the F-TYPE Coupé is the most dynamically capable and involving Jaguar we’ve ever built.”