So this year I arrived at the Amelia Island Concours d’Elegance and got in line to get in.  It is a bit weird to see the grounds of the show full of people and at the same time standing in a long line that isn’t moving – but I digress. 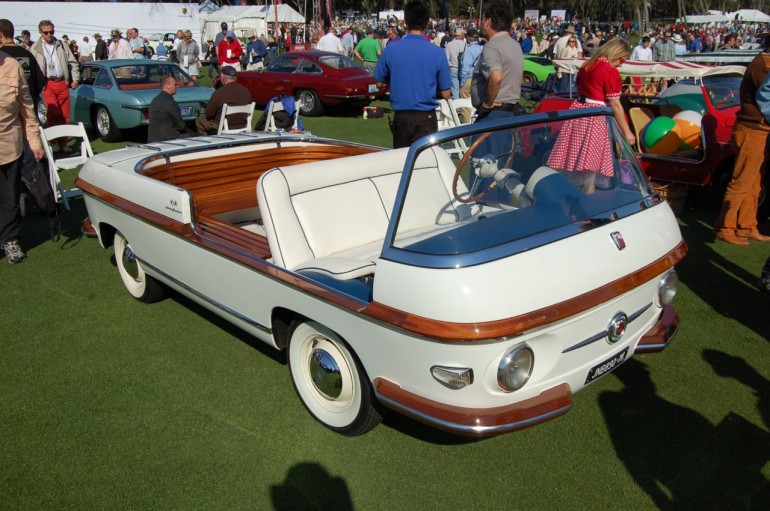 Everyone waiting is doing so patiently and there is lots of small talk about cars, garages etc . . . as I got near the actual entrance I look up and see a guy named Bruce Meyer (creator of the Meyer’s Manx which started the dune buggy craze) that I had met 2 years ago at the show.  I probably only remembered his name because his Cobra won that year and I have also seen him interviewed on different car shows here and there. We start talking and he asks if I mind if he joins me in line, he said that he didn’t bring a car this year and he always regrets it a bit when he gets here.  I told him that I got a few good pics of him and his Cobra the year he won.  He said that he would love to see them and gave me his card. 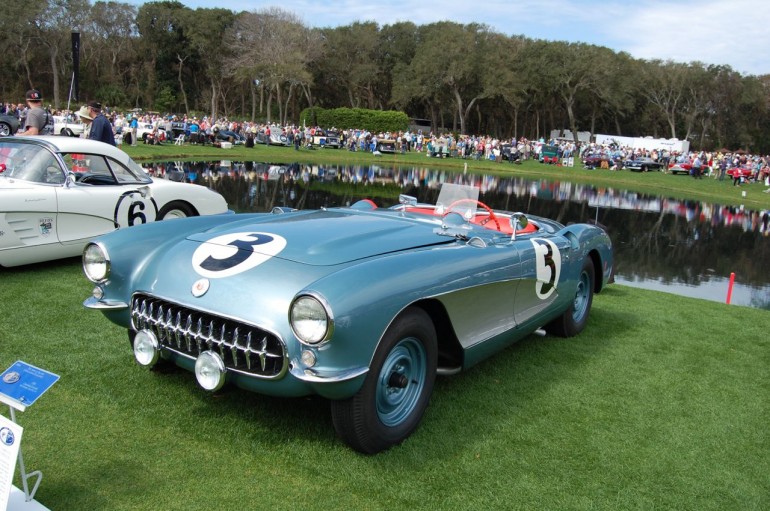 I usually head over to the section with all the racing cars – I love that the Amelia Island event has a focus on racing, you really get to see how thrown together many of these cars are.  I am talking about things like labels for switches hand written with a magic marker, throttle cables held in place with tape or zip ties, stuff that showed that they had to fix things on the fly or to get the car ready for the next race.  As I walk around I am usually taking lots of pictures, you learn to take lots of detail shots at the Amelia Concours because there are so many people at the event that it is sometimes hard to get pics of an entire car.  I spoke with one other guy who said that last year he waited 40 minutes to get a clear shot of a car . . . now I like getting nice shots of cars, but I am not that patient!

Everyone is so nice at the event. After sharing that I wish my daughter had been there to be in the picture, a couple with a pink Indy car from the late 50’s ask me if I would like them to close the hood so that I could get a complete shot of the car.  I think they would have let me put her in the driver’s seat! 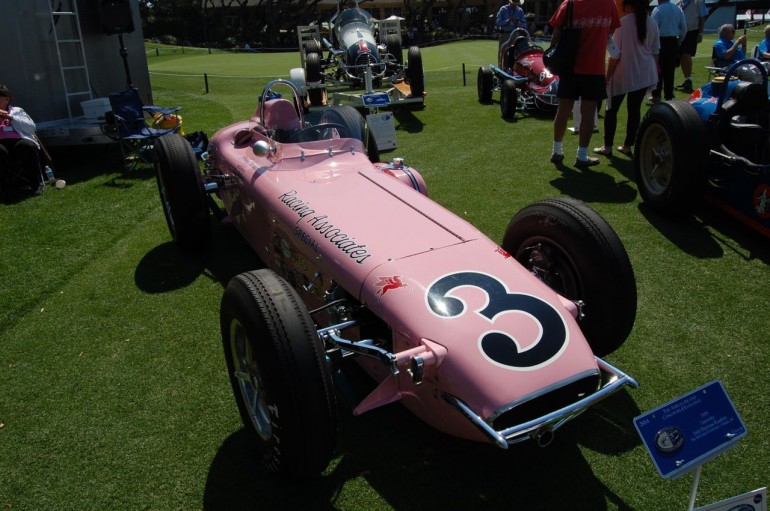 Since the Concours has themes, you get to see very different cars each year.  This year they had racing Corvettes and also some cute little beachy runabouts.  I don’t know how many of the runabouts were one offs, but there were a couple I had never seen before.  The most fascinating one was built from a Fiat Metroplex, had wood slat seating in the back and was used out in California on Lake Arrowhead at someone’s lake house – it even had the original Lake Arrowhead stickers on the windshield. 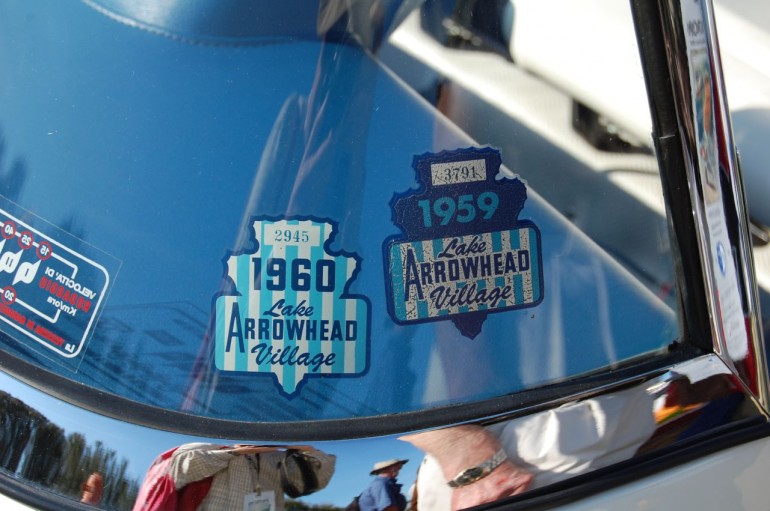 You see, the thing is . . . I live in Jacksonville now and I am a believer in taking full advantage of the wonderful events that happen right where I live.  My wife and father-in-law are into golf and we go to TPC each year, in fact my father-in-law enjoys it so much that he now volunteers at TPC.  They get to go, see all the golfers, see the action and take it all in.  I go, and don’t get me wrong I do have fun and all, but golf really isn’t my  . . . um . . . ‘thing’.

My thing is vintage transportation, old cars, trucks and planes.  So I love going to the Amelia Island Concours d’Elegance whenever I can.  You will see cars that you have read about or thought that you would only see pictures of.  I’ve even seen the cars that my matchboxes were based on!  You can walk right up to take a look and, if the owner is there, talk with them about it. Sure, It isn’t cheap, but once a year I can take advantage of all these folks bringing amazing cars to my backyard and have a wonderful day with great people.

Brenton Lane is an automotive enthusiast with an extensive background in film (Check out Brent’s IMDB page) and an even more extensive collection of vintage Land Rovers.