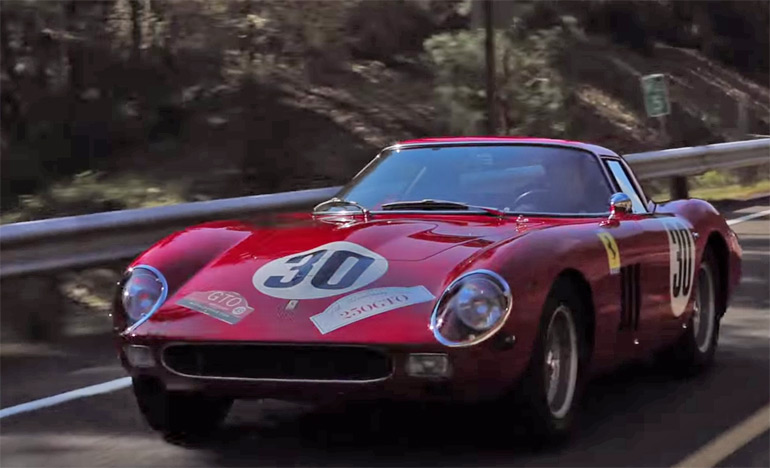 This is literally a slice of paradise in the confides of tarmac behind the wheel of one of the most popular and valuable classic automobiles in history, the Ferrari 250 GTO. You can go down a memory lane while Derek Hill, son of Ferrari Factory Driver Phil Hill, explains the history and attachment to the Ferrari 250 GTO, including the one in his possession of the Ferrari 250 GTO Series II s/n 5571 (first of series 2 body – changed slightly later on) first that he rips up some mountain roads on this exclusive video provided by Petrolicious. Enjoy!

Using hyperbole to describe the 1964 Ferrari 250 GTO is unnecessary. The car speaks for itself. It is one of the last (of thirty-six) Ferrari GTOs ever built. This particular one, chassis #5571, was the first of the Series II bodies. The 3.0L V-12 produces about 300 horsepower and it completed multiple endurance races, winning its class in the Daytona Continental 2000km (this car’s first race), Sebring 12 hour, and Nassau TT.

The driver is Mr. Derek Hill, who won the Ferrari Challenge International Championship in 1995 and the Formula Dodge West Coast in 1996, and raced a Bugatti EB110 at Le Mans. Additionally, he has a special attachment to this car as it was his dad, Fomula One Champ Phil Hill, that raced it in Daytona and Nassau. But what is the car really like? Well, “It’s so hard to describe just how incredible it is to drive this car at speed. I mean, it’s really a certain kind of ecstasy.” We wish we could give you a first-hand account but, just like you, we’re relegated to dreaming. If you’re still reading, thank you. But we know why you’re here, go on now, watch the video.