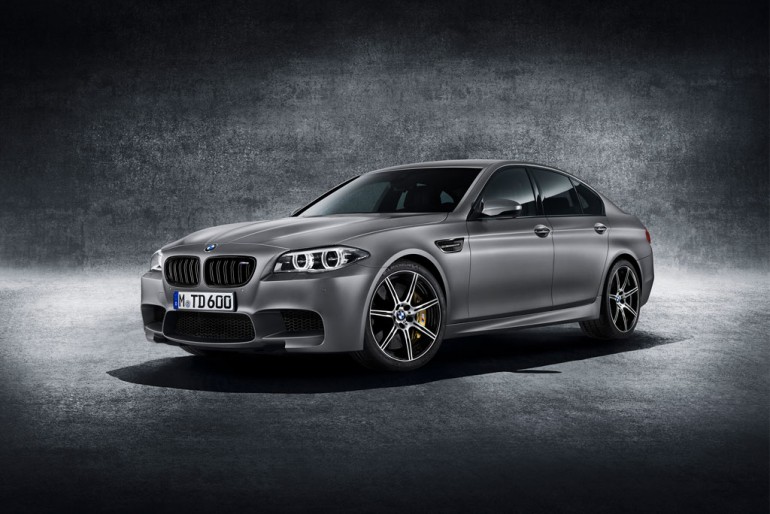 As soon as we stepped out of the 2014 BMW M5 with the Competition Package, we get confirmation of BMW readying a special 30th Anniversary M5 touting 600 horsepower () and a slew of other one-off goodies for this Bavarian luxo-supercar. 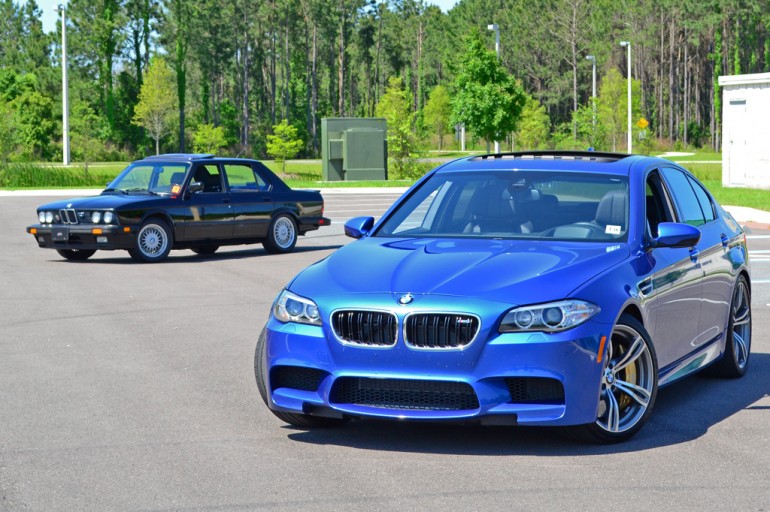 The BMW M5 30th Anniversary Edition (Limited Special Edition) will mark 30 years of the M5 and come in only 300 examples. Each will feature 600 horsepower and 516 lb-ft of torque from a slightly retuning of the 4.4-liter twin-turbo V8. Mated to the beastly force-fed V8 will by the M-DCT dual-clutch 7-speed transmission, said to be the only offering for the 30th Anniversary Edition, Competition Package, full leather Merino/Alcantara with 30th Anniversary M5 stitching and aluminum trim badging, Individual Frozen Dark Silver Metallic paint, 20-inch Style 601M wheels in jet black polish, and full Alcantara for the steering wheel, armrest, middle console and door handles.

With these power gains we look for the engine tweaking to eventually find its way into the mainstream line of M5s to fend off any reworked Benz E63 AMG and upcoming Cadillac CTS-V.

We look for the BMW M5 30th Anniversary Edition to debut at the upcoming M Festival and Goodwood Festival of Speed. 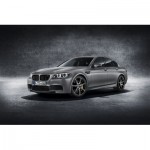 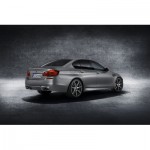 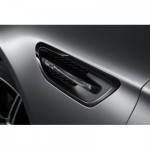 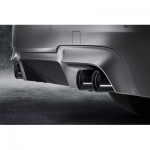 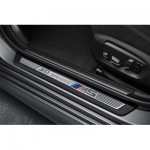 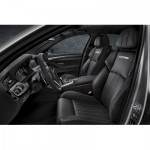 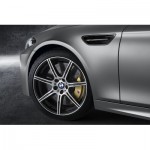 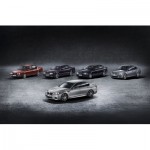 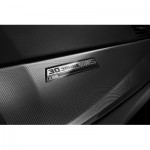 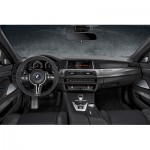 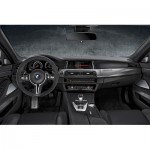 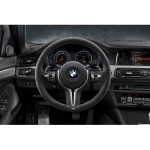 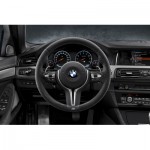 Woodcliff Lake, NJ – 6:00pm EDT/3:00pm PDT May 6, 2014. . . BMW announced today a limited run of 30 copies of the new 30th Anniversary Edition BMW M5 for 2015. The BMW M5 “30 Jahre M5” will be produced in a limited run of 300 examples worldwide, and 30 of them will be imported to the United States. With an output of 600hp and 516 lb-ft of torque, it will not only be the most powerful M5 ever sold but also the most powerful BMW production model ever. Starting at $138,275, including destination and handling, the first 29 copies of the 30th Anniversary Edition BMW M5 will be offered to the first 29 customers who reserve it by dialing the dedicated BMW Customer Relations hotline at 1:00pm EDT (10:00am PDT), on Wednesday, May 21, 2014. The 30th copy of the Edition will be retained by BMW of North America, LLC, and may be sold at a later date.

Purchasers of a 30th Anniversary Edition BMW M5 will be invited to a one-day M Driving School at The Thermal Club, a private motorsports facility in Palm Springs, CA.

BMW of North America will engage social media as a platform to reveal the phone number for the reservation hotline for US customers to order one of the 30th Anniversary Edition BMW M5s. That number will be revealed on BMW of North America’s Instagram channel (@BMWUSA) over the five days leading up to May 21, beginning on Saturday, May 17. Each day, in addition to revealing portions of the call-in number, will offer fun facts about each of the successive five generations of BMW M5.

BMW of North America’s Instagram channel provides exclusive Ultimate Driving Machine content to an active community of BMW super fans and automotive enthusiasts.  This audience of nearly 60,000 followers has a clear passion for the M-brand, with M-specific content consistently receiving over 30% more engagement than average.

Capable of 0 to 60 mph in an estimated 3.7 seconds, the 30th Anniversary Edition BMW M5 adds an improved M-specific Servotronic function as well as an improved M Dynamic mode, prepared to use the full potential of the increased power and traction.

“30 Jahre M5” badges are also featured in the interior, with a 1/300 identification number integrated into the Aluminum Trace trim strip on the front passenger side of the cockpit.

A black Alcantara/Leather combination graces the M multifunctional seats which also include embroidered “30 Jahre M5” badges. The center console and the door panels are also covered in black Alcantara, while the headliner features Alcantara Anthracite.

30 years have passed since a group of engineers at BMW Motorsport GmbH proposed using the inline-6 cylinder engine originally developed for the BMW M1 and fitting it into the BMW 5 Series Sedan, essentially creating the segment defining high performance sedan and setting a foundation for the next four generations of the BMW M5.

BMW of North America, LLC has been present in the United States since 1975.  Rolls-Royce Motor Cars NA, LLC began distributing vehicles in 2003.  The BMW Group in the United States has grown to include marketing, sales, and financial service organizations for the BMW brand of motor vehicles, including motorcycles, the MINI brand, and the Rolls-Royce brand of Motor Cars; DesignworksUSA, a strategic design consultancy in California; a technology office in Silicon Valley and various other operations throughout the country.  BMW Manufacturing Co., LLC in South Carolina is part of BMW Group’s global manufacturing network and is the exclusive manufacturing plant for all X5 and X3 Sports Activity Vehicles and X6 Sports Activity Coupes.  The BMW Group sales organization is represented in the U.S. through networks of 338 BMW passenger car and BMW Sports Activity Vehicle centers, 139 BMW motorcycle retailers, 119 MINI passenger car dealers, and 34 Rolls-Royce Motor Car dealers.  BMW (US) Holding Corp., the BMW Group’s sales headquarters for North America, is located in Woodcliff Lake, New Jersey.