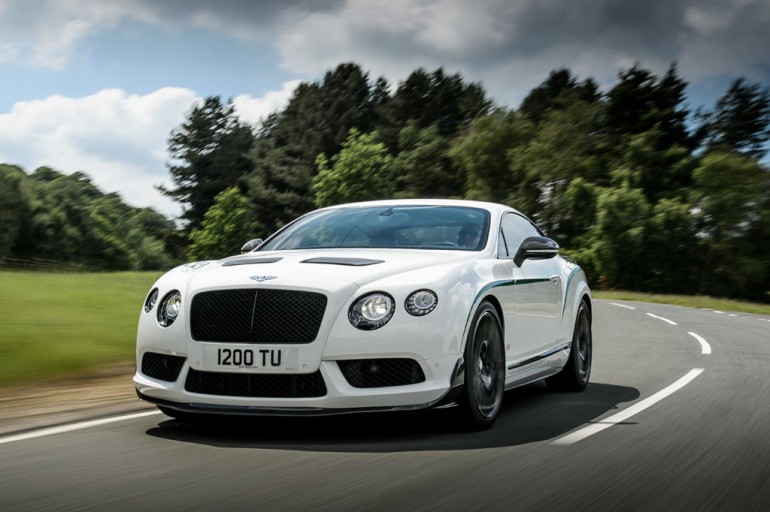 “Life moves pretty fast. If you don’t stop and look around once in a while, you could miss is.” Yes, we all know that famous Ferris Bueller quote. That same thing can be said about cars today, they are really fast and if we don’t take time to enjoy them now, all of this high-horsepower triple digit speed could pass us by while the government puts an end to this fun we are having. 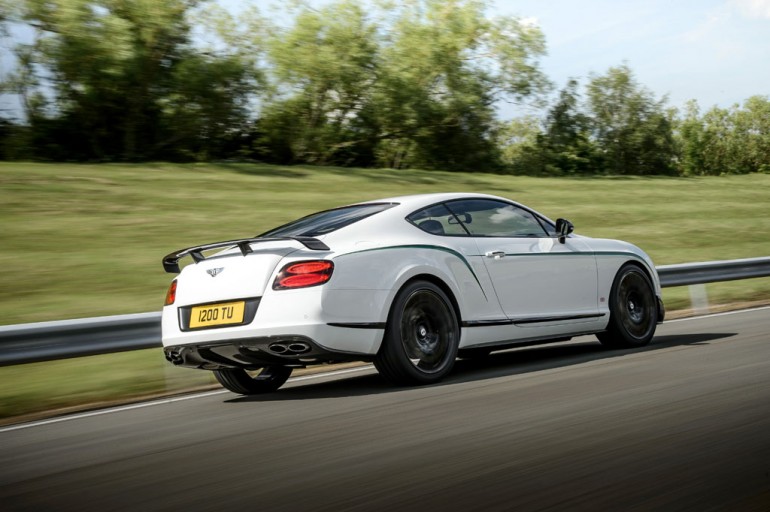 Bentley has once again joined the rankings of making big, luxurious and fast – even faster. Debuting this week at Pebble Beach is Bentley’s Continental GT3-R limited edition performance model. This is the fastest accelerating Bentley yet with the ability to reach 60 mph in just 3.6 seconds. It is able to do this by shedding 220 pounds from the Continental GT as a basis and introduce a retuned version of its 4.0-liter twin-turbo V8 engine with a total of 572 horsepower and 516 lb-ft of torque. Additionally, the Continental GT3-R gets shorter gearing, touting it as a Grand Tourer with the performance of a racer. 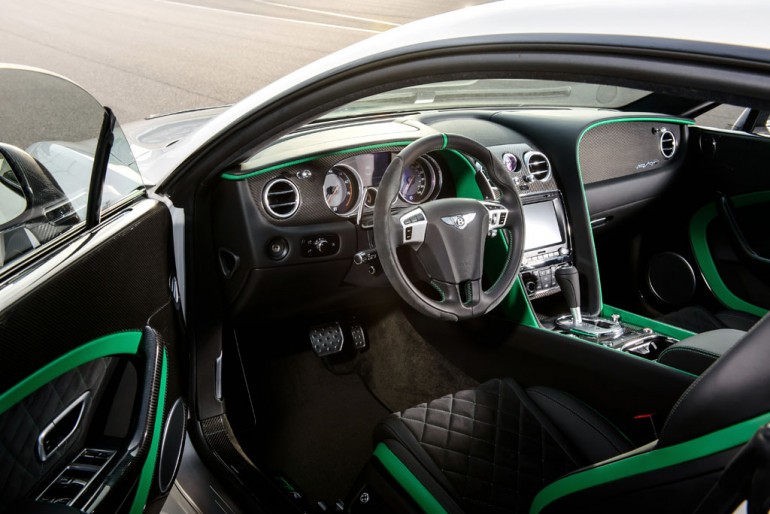 Yup, this one will get fast and you could miss owning one if you don’t act soon because there will only be 300 fine examples of the Bentley Continental GT3-R globally while here on our side of the pond we get only 99 units. To be considered, you must act right now and write out that check for about $337,000.

(Pebble Beach, 11th August 2014) Making its North American debut at this year’s Pebble Beach is the new Continental GT3-R – the most dynamic and fastest-accelerating Bentley ever produced.

Inspired by Bentley’s race-winning Continental GT3 race car, the GT3-R is powered by Bentley’s race and road proven 4.0 litre V8 engine. Bentley engineers have developed a retuned version of the high performance 4.0-litre twin-turbo V8 for this new two-seater GT. Developing 572 bhp and 516 lb-ft of torque, together with a 220 lb weight reduction and shorter gearing, the Continental GT3-R is the fastest-accelerating Bentley ever. Capable of reaching 60 mph from a standstill in just 3.6 seconds, the GT3-R is a Grand Tourer with the performance of a racer.

Hand-built in Crewe, England, the car will be finished by Bentley’s motorsport department. The GT3-R is limited to just 300 examples globally, 99 of which are bound for the US market with four more destined for the Canadian market. Pricing for the racing inspired Continental GT3-R is set at $337,000 USD. Dealers are now accepting orders for the Continental GT3-R, with deliveries to start in the Americas Region in the first quarter of 2015.

Christophe Georges, President and CEO, Bentley Motors, Inc. comments: “Pebble Beach is the perfect location for the debut of the rarest and most dynamic Continental GT, the GT3-R. It is a testament to the Bentley trademarks of luxury and performance and we’re excited to share it with the friends of Bentley during this gathering of fine automobiles.”

All 300 Continental GT3-R models take design inspiration from the GT3 racer and will feature a Glacier White exterior, highlighted by the use of two-tone green graphics that trace the two prominent power lines to the side profile of the car. A new front splitter provides an assertive look to the front of the car, balanced by a new fixed rear wing fitted to the boot lid – both finished in carbon fibre. Additional unique exterior features adding to the sporting design include gloss black headlamp bezels, matrix grille, window surrounds and bumper strips. The look is complemented by an all-new lightweight 21” wheel finished in gloss black. The theme continues under the bonnet where the 4.0-litre V8 receives a unique GT3-R carbon fibre cover.

Interiors feature a two-seat configuration of new bespoke sporting seats designed for comfort and finished in Beluga black leather with diamond-quilted Alcantara®. In place of the rear seats is a new uniquely trimmed rear cabin, complete with a carbon fibre surround and finished in leather and Alcantara®. Contrasting the Beluga leather and motorsport-inspired materials is a vivid accent green, used as a hide colour on the seats, instrument panel and door panels and in contrast stitching throughout the seats and diamond quilted areas. Unique GT3-R badging adorns the center console and passenger fascia panel, while headrests receive stitched logos in contrast green thread. All 99 models bound for the US will receive sequentially numbered GT3-R sill treadplates identifying the car’s one-of-a-kind status.

The inspiration behind the GT3-R – the Continental GT3 race car – will also be on display at a number of locations throughout California’s Monterey Peninsula.

The Home of Bentley at Pebble Beach provides the focal point for all Bentley guests during the week. It is home to the full range of Bentley models, The Bentley Luxury Collection and more. The winning GT3 race car will be on display from Thursday through Sunday at The Home.

On Friday, at The Quail, A Motorsports Gathering, the GT3-R will be on display alongside the GT3 race car and other new road going Bentley models including the flagship Mulsanne sedan and the new 2015 Continental GT Speed Convertible.

On Saturday, Dyson Racing Team Bentley will present the GT3 race car at The Rolex Monterey Motorsports Reunion held at the Laguna Seca Raceway paddock. Currently competing in the North America Pirelli World Challenge series, the team has competed in a number of races in its first season and is currently preparing for the next race to be held at the Sonoma Grand Prix on Saturday, August 23.

Both cars will again be displayed on the Bentley Concept Lawn Sunday at the Pebble Beach Concours d’Elegance for the conclusion of Monterey Auto Week.