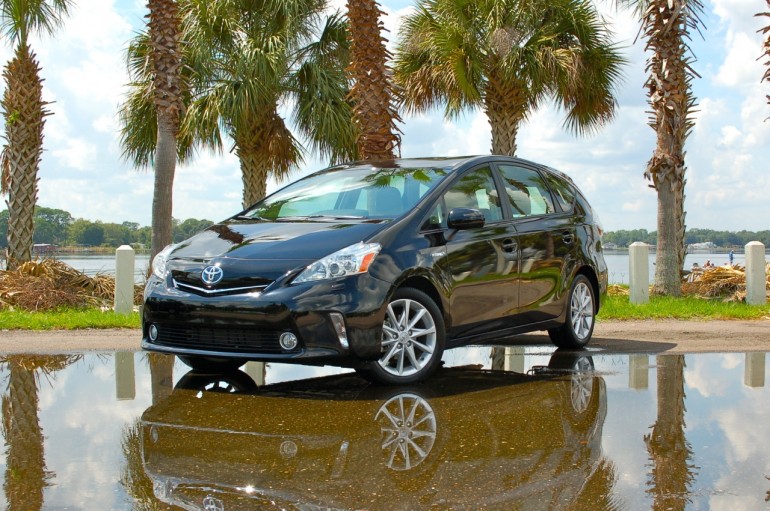 They may not be the most glamorous of transportation choices, but I have always had a place in my heart for station wagons. My first real car was a 1977 Volvo 240 DL wagon named Elvis, which regular column readers might remember me mentioning time and again. I also owned an entirely dependable 1992 BMW 525i wagon that I still miss dearly and regularly search Craigslist in a feeble attempt to find a replacement, not that I really want or need one, I just have a ridiculous sentimental attachment to that vehicle. It drove well, cost hardly anything, ran like a top, had plenty of cargo space, and looked great! 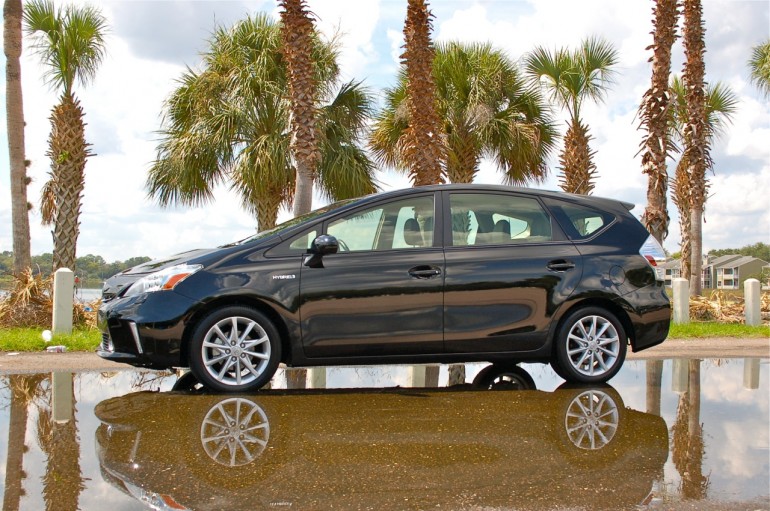 The 2014 Prius V is Toyota’s response to filling the ever present need for a fuel-efficient people and cargo carrier, and although the company stays far away from the title, it qualifies as a mid-size station wagon. The hybrid powertrain consists of Toyota’s Hybrid Synergy Drive System (SULEV) combined with a 1.8L 4-cylinder engine, sending a total of 134 horsepower through a continuously variable transmission (CVT) to the front wheels. The curb weight of 3,300 lbs means that acceleration is somewhat lacking, but gas mileage at 44 city, 40 highway and 42 combined is absolutely brilliant, especially considering the dimensions of the vehicle. 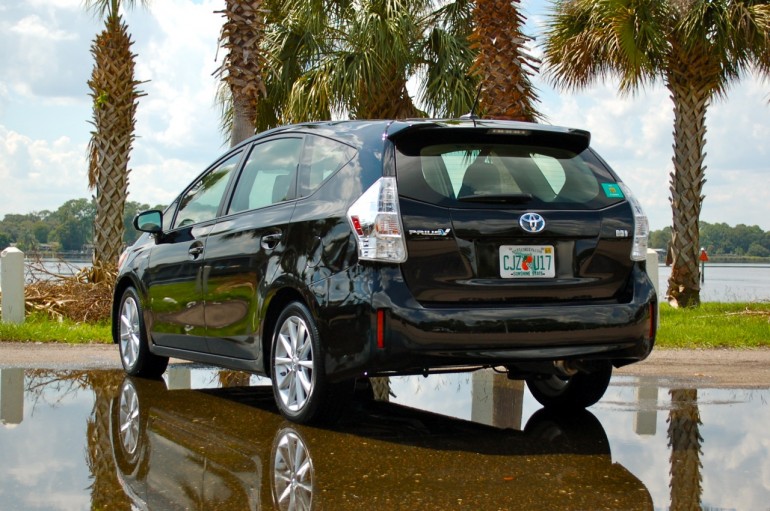 There are many companies that are now building efficient and affordable hybrid vehicles, but it is arguable that Toyota does it better than anyone. The company has been building the best selling Prius in Japan for 17 years -14 in the US market – and they have found a way to make every generation better than the previous. 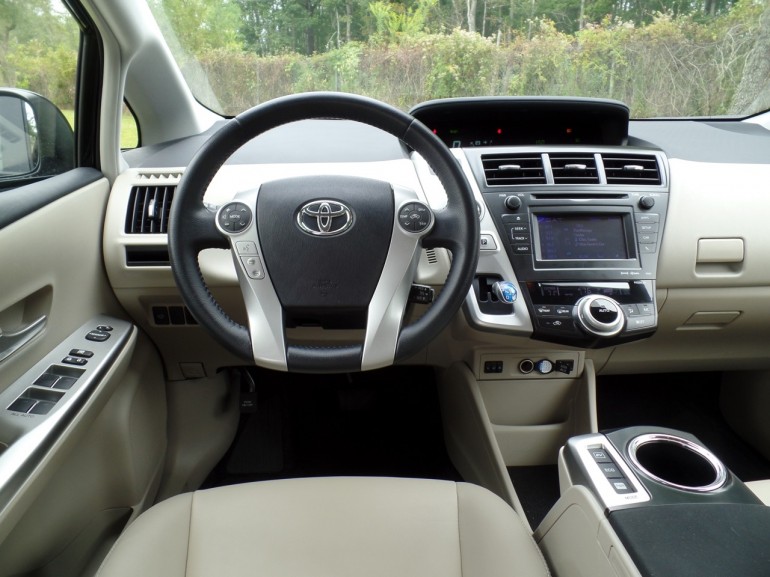 The oversized Prius V, which is considerably bigger than the already spacious hatchback model, allows the owner the best of both worlds; offering amazing leg, head, and shoulder room for all five passengers and fuel efficiency that betters many sub-compacts on the market. Interestingly, the rear seat legroom is among the best of any car I have reviewed, regardless of size. One of my front seat passengers even complained about having “too much room” and that it was hard to get used to the feeling of the wide-open space afforded by Toyota’s design. 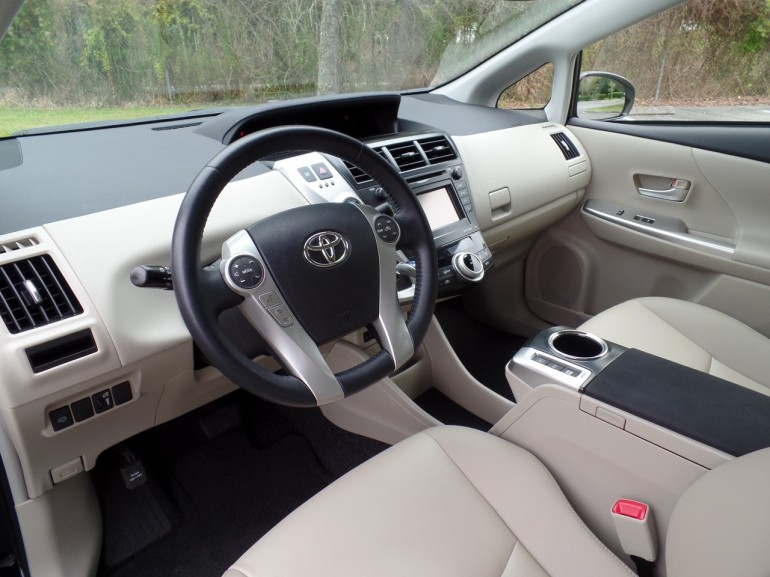 The 2014 Toyota Prius V 5-passenger wagon comes in three trim levels, the entry-level Two, the mid-range Three, and the version that I spent a week with, the top of the line Five.

The Two Model, which starts at $27,500, includes a nice sounding 6-speaker sound system controlled by a 6.1-in touchscreen display that also projects the rearview camera. The system boasts iPod/USB and easily configurable Bluetooth connectivity. Rounding off the package are automatic climate control, keyless entry with push-button start and a height-adjustable driver seat with power lumbar and 16-inch alloy wheels.

The Three Model costs a mere $700 more, but adds a decent navigation system, kicks up the infotainment system by adding voice command recognition and the useful smartphone-based Entune mobile app interface. An optional panoramic sunroof, once exclusive to the Five Model only, is now available as well.

The Five Model, which I had the chance to review, starts at $31,000 and adds a nice level of luxury not ordinarily associated with the Prius line up, including LED headlamps, fog lamps, SofTex upholstery, an auto-dimming rearview mirror and 17-in alloy wheels. Purchasing the Five also opens up the opportunity to include some of Toyota’s higher end upgrades, including adaptive cruise control and the aforementioned sunroof. 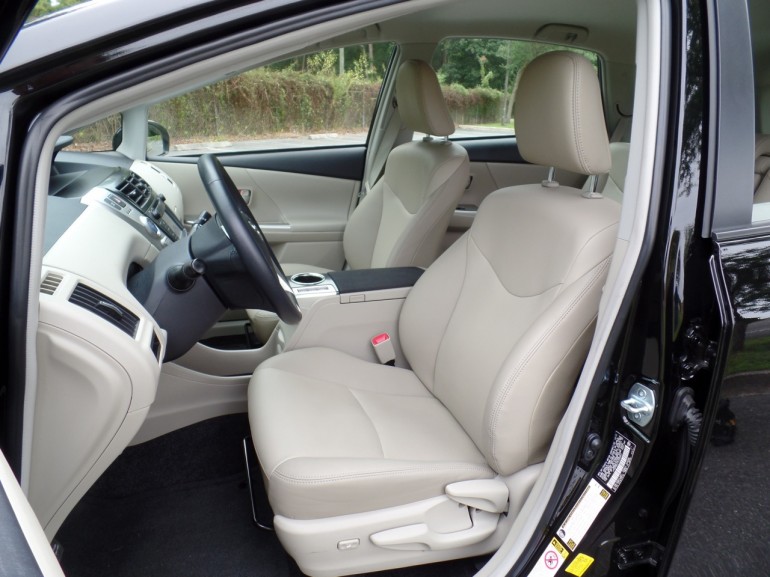 The 2014 Toyota Prius V offers excellent stability on the road, the weight of the vehicle and low center of gravity due to the hybrid power plant, provides driver confidence rarely found in a vehicle known for excellent mpgs. Braking is adequate, the pedal has a nice feel and the Prius V responds to driver input as you would expect, compliantly with little drama. The power is slight, but reasonable considering the economy and the purpose of the vehicle.

Is the Prius V exciting to drive? I couldn’t answer that in the affirmative without a silly grin giving away my ruse, but the Prius V has adequate power to pull out onto the interstate and pass when necessary. It is also very comfortable on the road, I wouldn’t hesitate to venture out on a two week cross country road trip with my entire family, including our tiny lap dog who actually seemed to like riding around in it very much.

Spending a week with the 2014 Toyota Prius V is definitely a turn of events for myself as I tend to gravitate towards vehicles that grab the attention of automotive enthusiasts. I can honestly say, after venturing into the underground world of Prius drivers, despised by those who have an unquenchable thirst for horsepower, there is something desirable about the Prius. That desirable trait starts and ends with its ability to do precisely what it was designed to do time and time again without fail. That task is its ability to sip fuel in miniscule amounts while providing comfortable and reliable transportation to your destination with a little extra cargo room to boot (or in the boot, if you’re a fan of Top Gear BBC).

In the full scope of what the 2014 Toyota Prius V has to offer, it is able to bestow a little extra than the normal Prius with additional cargo space and larger-proportioned rear seating. In that, being the most fuel-efficient “wagon” you can find, the Prius V is an exclusive offering taking the nearly perfected Prius hybrid formula to a higher level of versatility. The resourcefulness provided by the additional space of the Prius V in mostly a wagon format, is a well-perceived characteristic in today’s SUV-Crossover-centric automotive world. Everyone wants their guilt-free cake ready to eat in a larger package, and that is just what the Prius V is all about. Making things even more appetizing is the Prius V’s package that gets you organic calorie-free cherries on top just because this is the epitome of hybrids, the one that yields 44 mpg around town, 40 mpg on the highway and 42 mpg combined.

You’re never going to win any beauty pageants or two-legged sprint races, even against sack-race-bagged opponents. That’s not what the Prius V is about, for many obvious reasons. What you will win is a vehicle that titillates your economical senses and pleases your need for a little extra room over what the sedan format offers.

I can now bashfully admit my love for the 2014 Toyota Prius V. That love probably lasted for about two days. During that time I was briefly thankful for my astonishing 47.8 mpg accomplishment around town while hauling a few left-over wood fencing planks to cap off my landscaping project at home. The central information screen gave me just enough information to hypermill the Prius V down back roads without utilizing the gas engine much to yield my high mpg score. Sure, I will probably never ask to drive a Prius again, but I can completely understand the “different strokes for different folks” motto. It should be on the bumper of every Prius along with “This Wagon Gets 44 mpg, does yours?” 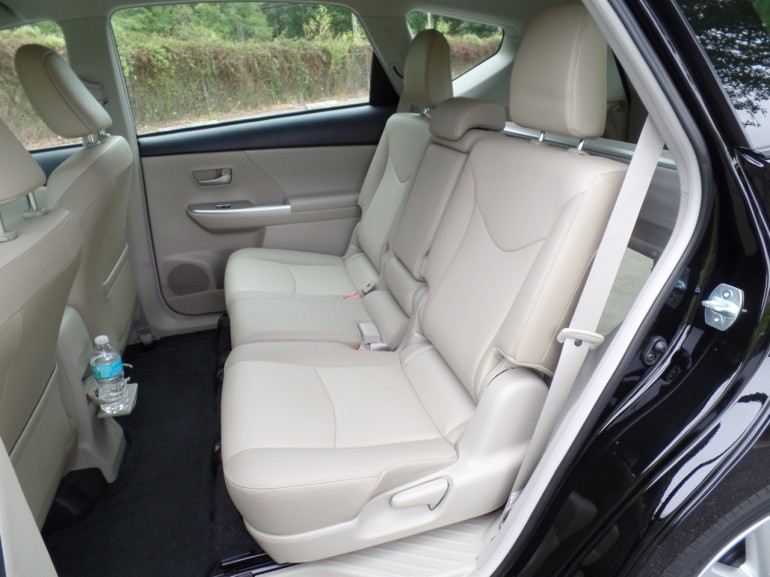 My friend John Ross Bowie, who is most widely recognized as playing Caltech plasma physicist and rival/colleague of Sheldon and Leonard, Barry Kripke, on CBS’s The Big Bang Theory, owns a Prius much like the one that I had the chance to review. John is an amazing guy, deeply concerned about the environment, married to one of the funniest woman on the planet, and has two adorable children. When I asked him if he would be willing to be quoted on the Prius his immediate answer was, “Dude, I’d be HAPPY to. I will evangelize for this car to the hinterlands.” 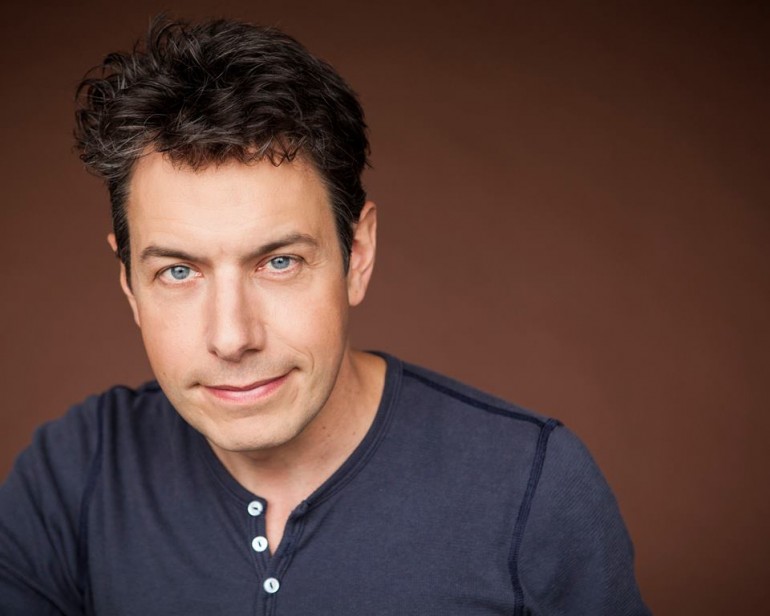 In the words of John Ross Bowie – you can use your best “Kripke voice” if it helps set the mood: “The Prius is a great ride – every concern I had (is it big enough? how’s the pickup?) was gone once I drove it. I fill it up maybe every two weeks, and for the first time in my life I enjoy parallel parking. And my 4 year old says it looks like a spaceship so, you know, win-win.”

Considering that driving the 2014 Toyota Prius V will save you $5,250 in fuel costs over five years compared to the average new vehicle…win, win, win.