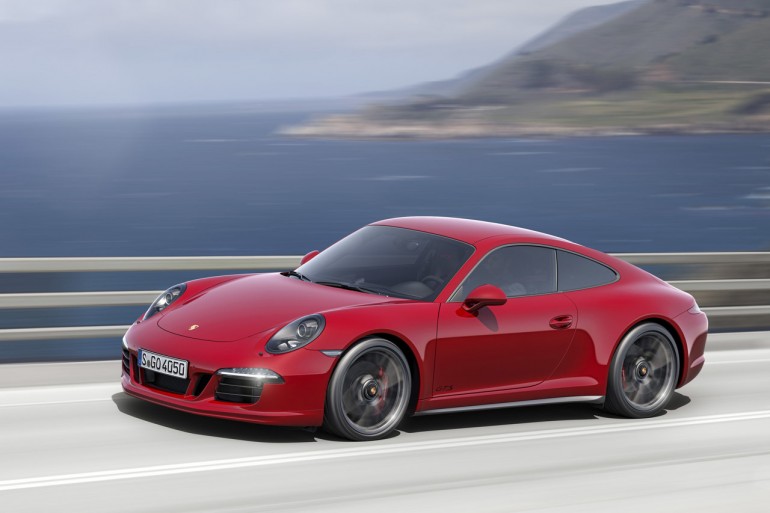 Having had the opportunity to drive a few Porsche 911s over the past couple of years, I have really grown fond the brand’s legendary sports and exotic car, so much, that I may pull the trigger on one soon enough. Sparking my interest even more is the introduction of a new 911 Carrera GTS, which sports even more power than previous generations in such trim. 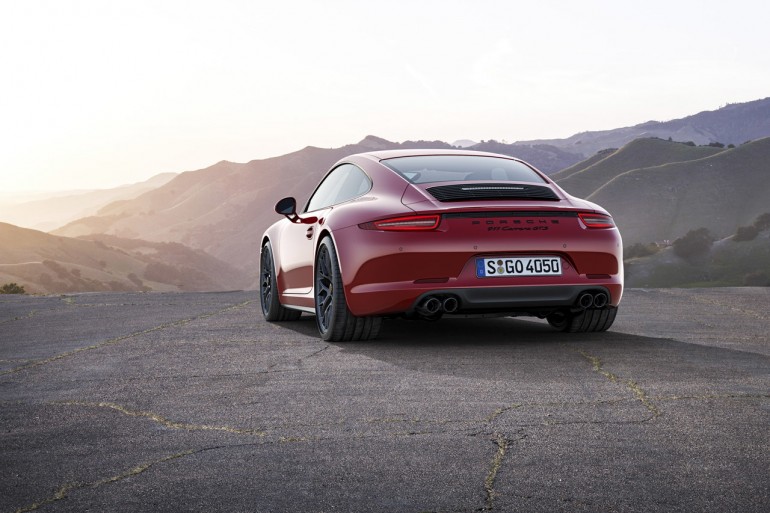 Porsche has officially introduced the all-new 2015 911 Carrera GTS now with 430 horsepower from its 3.8-liter flat-six. The new 911 GTS includes the Sport Chrono package and sports exhaust that many 911 fans have adorned over the years. Probably an even more attractive part of the new 911 GTS for enthusiasts, is that they have the option of a 7-speed manual transmission or the famous quick-shifting 7-speed PDK dual-clutch unit. 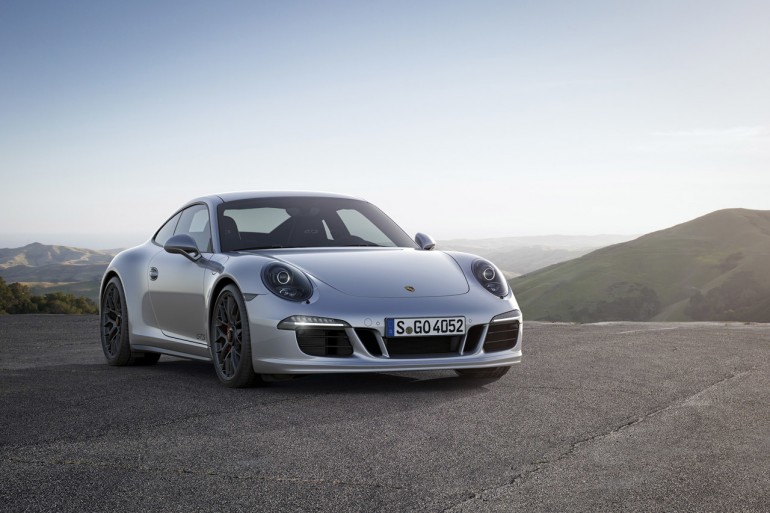 Performance of the 2015 Porsche 911 Carrera GTS is claimed to have a 0-60 mph time of 3.8 seconds when equipped with the PDK transmission (Cabriolet 4.0 seconds). To make things customized to the way you like it, the 2015 911 GTS coupe or cabriolet is available in rear-wheel-drive or all-wheel-drive. Top speed comes in between 187 mph to 190 mph, dependent on the drivetrain and transmission option. 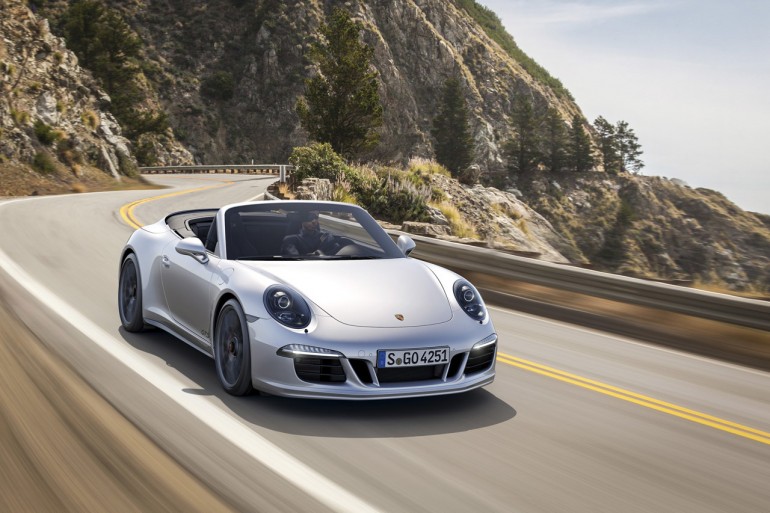 All 911 GTS models have a body based on the 911 Carrera 4 getting a wider track and flared wheel arches. Riding on 20-inch wheels painted in gloss black, the 911 GTS sits about 10 millimeters lower than the standard 911. To top off the exclusive GTS trip you will expect a plush Alcantara interior, customized GTS air intake and black-chrome-plated quad exhaust tips.

Four new GTS models added to the 911 Carrera familyAtlanta. Porsche has revealed the second generation of 911 Carrera GTS models. The GTS models are available as coupe and cabriolet versions, with rear-wheel drive or all-wheel drive. These new models bridge the gap between the 911 Carrera S and race track tested 911 GT3. Several technical features heighten dynamic performance and driving pleasure, including the 430 horsepower engine from the Carrera S Powerkit which incorporates the Sport Chrono package and Sport Exhaust. The standard PASM active damper system lowers the ride height by 10 mm compared to the 911 Carrera.When equipped with PDK (Porsche Doppelkupplung dual-clutch transmission), the 911 Carrera GTS sprints from zero to 60 miles per hour in 3.8 seconds (Cabriolet: 4.0 seconds) – which is one-tenth of a second faster than the S model. Top track speeds for the GTS models range from 187 to 190 miles per hour, depending on drivetrain and transmission. Despite quicker acceleration and higher top speeds, the GTS versions retain a similar level of efficiency as the 911 Carrera S models.Added performance and an extended range of standard features make the new models attractive in price as well. Standard equipment includes Bi-Xenon™ headlights with the Porsche Dynamic Light System (PDLS) and the Sport exhaust system, which delivers an unmistakable GTS sound. The Alcantara® interior features leather-trimmed sport seats with center panels made of made of Alcantara® – a traditional feature of all Porsche GTS models.The exterior of the new GTS models differs significantly from the other Carrera variants. All GTS versions are based on the 911 Carrera 4 body with flared rear wheel arches and a wider track.Also standard are 20-inch center lock wheels, painted in an exclusive gloss black. Special trim elements and tinted Bi-Xenon™ headlights accentuate the front end, while black trim strips on the customized GTS air intake and black chrome-plated exhaust tailpipes distinguish the rear of the Carrera GTS models.With the addition of the new GTS models, the 911 family now consists of nineteen sports cars which range from 350 to 560 hp. MSRP for the 911 Carrera GTS starts at $114,200, while the 911 Carrera GTS Cabriolet starts at $126,100. The 911 Carrera 4 GTS will have an MSRP of $120,900 in Coupe and $132,800 in Cabriolet form. A destination charge of $995 is not included in the MSRP. The four models will be available at U.S. dealers by the end of 2014.