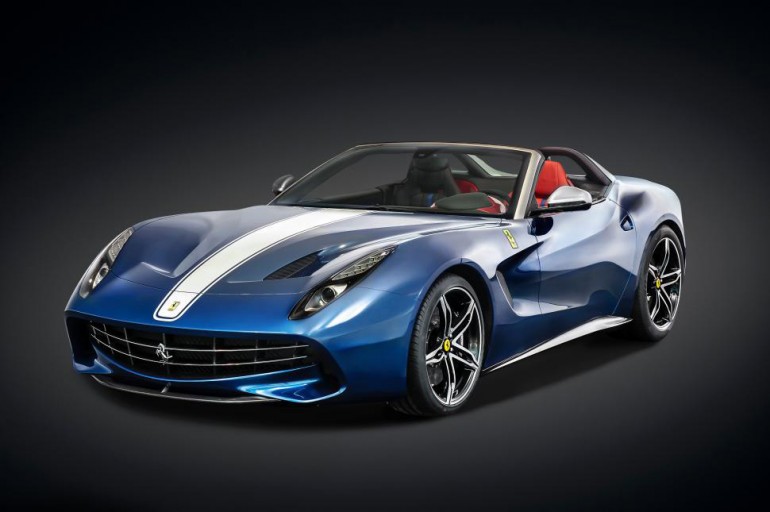 The momentum of sports cars, exotics and racecars never stops as we witness a perpetual upward movement of horsepower figures and speed capabilities. Ferrari is deep embedded in such a game and has unleashed a new F60 as a tribute to Ferrari’s 60th year in America. Aptly named the Ferrari F60 America, is a red, white and blue expression of the Italian’s presence here on this side of the pond and it is nothing short of spectacular. 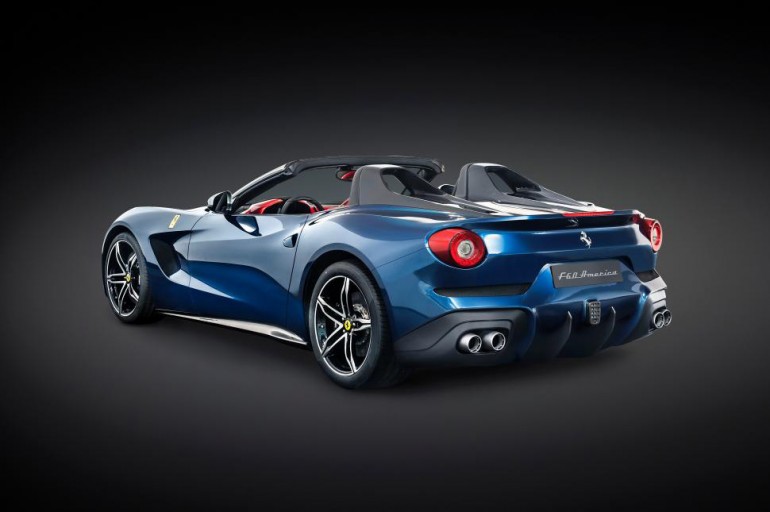 Based on the remarkable Ferrari F12 Berlinetta, the new Ferrari F60 seen here is a throwback to the U.S.-spec 1967 Ferrari 275 GTS4 NART Spider, which was a rarity that recently sold for just over $27 million at auction. Just like the F12, the Ferrari F60 America gets the 730-horsepower V12 engine. Departing from the F12 tradition is the F60’s new open top and its exclusivity only making way for 10 fine units to be produced, which by the way are already spoken for by Ferrari collectors and enthusiasts. 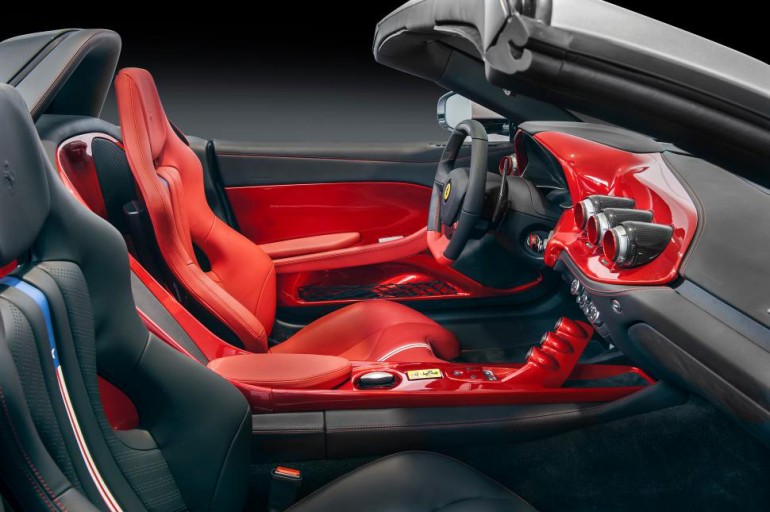 As far as pricing, I don’t think anyone really cares considering you probably can’t afford this one as it will be in the 7-figure range, about $2.5 million… well, maybe a few of you can afford it… hi Shad Khan!

The F60 America
– an exclusive car to mark Ferrari’s 60th year in North AmericaMaranello, October 10th 2014–To celebrate Ferrari’s 60th year in North America, Maranello has returned to its 1950s and 60s tradition of producing strictly limited edition, built-to-order cars. The result is the F60America, of which just 10 will be produced. The new car combines our American clients’ two great passions -the V12 engine and open-top driving –and is being unveiled tomorrow evening at an anniversary celebration gala dinner at Beverly Hills City Hall.The decision to produce such a strictly limited edition pays homage to another great tradition. Just 10 F60Americas will be built as was the case, for example, with the 1967 275 GTS4 NART Spider, the open version of the 275 GTB4 that the importer, Luigi Chinetti, specifically requested from Enzo Ferrari for his US clients.The F60America is powered by Ferrari’s award-winning mid-front-mounted V12 which enables the car to sprint from 0 to 100 km/h in just 3.1 seconds.Powerfully muscular, the car is clothed in beautifully sculpted and exceptionally balanced volumes, honed, as ever, strictly to aerodynamic requirements in line with the marque’s DNA.The F60America’s personality is instantly clear from its flanks which are characterised by an innovative diapason design theme. The front of the car is dominated by the classic Ferrari single front grille with chrome finish and integrated air intakes for the brakes.Two leather-trimmed roll-hoops are backed by carbon-fibre-trimmed flying buttresses which stretch from behind the cockpit to the rear, imbuing the elegant harmonious forms of the tail with a sense of movement.The F60America can be closed with a light fabric top usable at speeds of up to 120 km/h.The cabin’s asymmetrical design highlights the driver’s area with sporty red trim, while the passenger side is black, inspired by the historic Ferrari competition cars. The cabin trim is exclusive with the dash, tunnel and door panels on the driver’s side all swathed in composite materials. The racing seats also feature a stylised American flag motif on the centre of each seat and backrest.The F60America’s bodywork adopts the classic North American Racing Team livery, and the special Ferrari 60th anniversary Prancing Horse badge on the wheelarches also appears on the tunnel in the cabin.The wonderfully elegant and unique F60America has entranced US collectors and all 10 examples are already spoken for.