Quick Spins: Chevrolet and GMC Trucks/SUVs Get Even Better for 2015 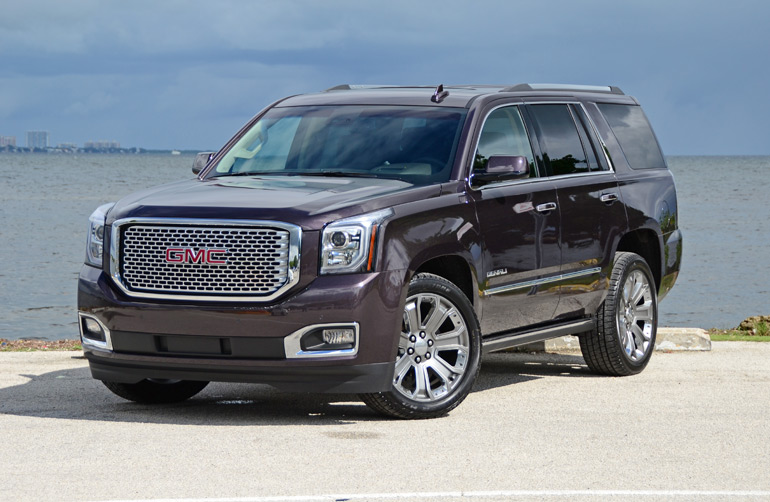 Over the past week I had a chance to check out the latest offering of trucks and SUVS from General Motors. Having already reviewed many of their products, I was pleasantly surprised when they announced mid-year improvements, adding on a new 8-speed automatic transmission to the 6.2-liter V8 engine-equipped Chevy Silverado High Country, GMC Sierra Denali and GMC Yukon/XL Denali. The results are in with these Corvette-engine-sporting trucks and SUVs as GM preps their new 8-speed automatic unit, which is lighter than the outgoing 6-speed automatic. 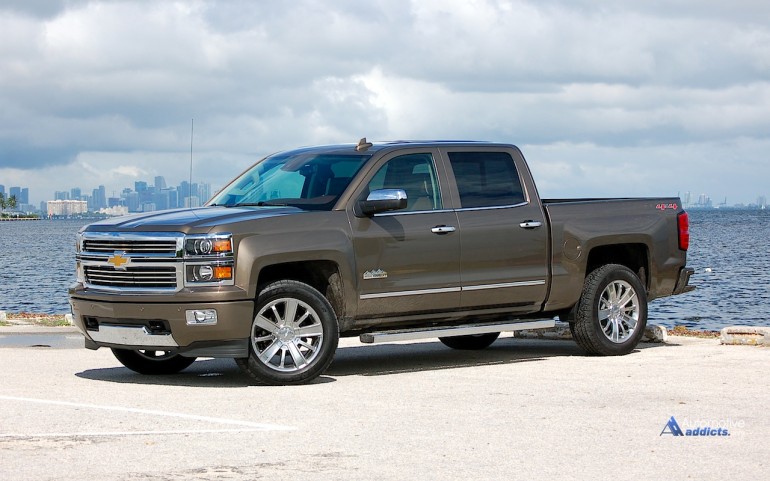 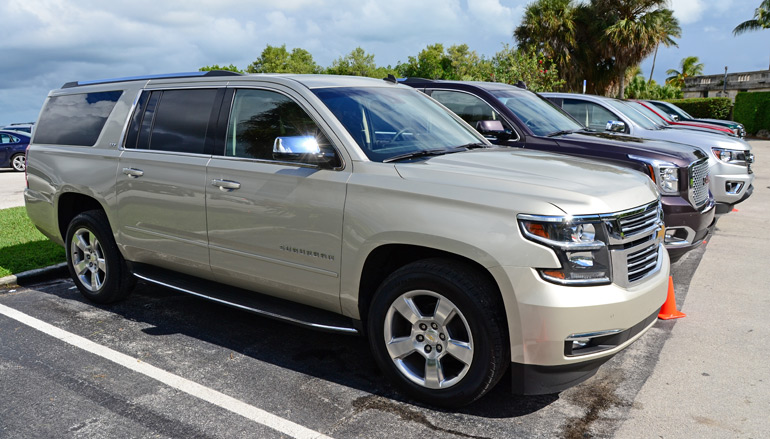 Setting out to Miami, FL we were able to join in on a General Motors-hosted event, allowing the Automotive Addicts team to quickly jump in and drive many of the new 8-speed-equipped vehicles along with the all-new 2015 Chevy Colorado and 2015 GMC Canyon. Having a strong grasp on the new Silverado and Suburban already from previous reviews, it was good to see them taking a formula that worked well and polishing it; the most-powerful gas V8 engine getting a bump in its efficiency while it outputs 420 horsepower and 460 ft-lbs of torque for the Silverado High Country, GMC Sierra Denali and GMC Yukon/XL Denali models. 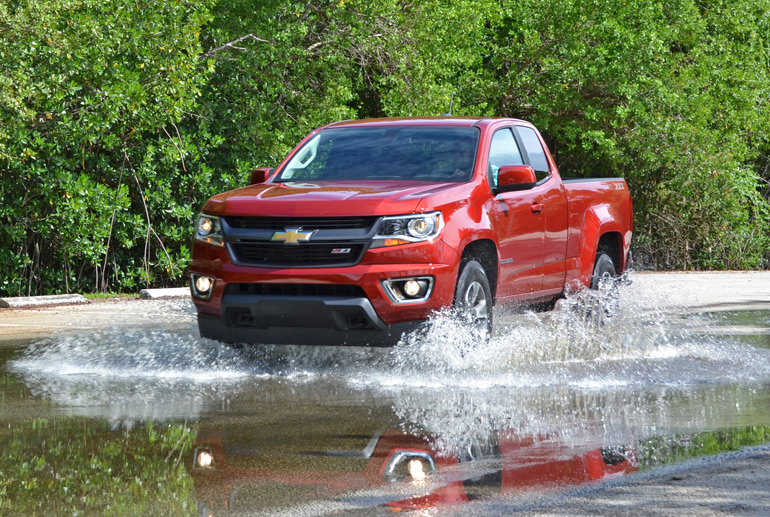 During our trip we were also able to check out the newest small to midsized trucks from GM. First impressions of the all-new 2015 Chevrolet Colorado and GMC Canyon reveal that GM has a new force to be reckoned with in the small-midsized truck segments. The all-new trucks embody a pleasing aesthetic and have an easy driving characteristic that doesn’t take away from its rugged abilities. 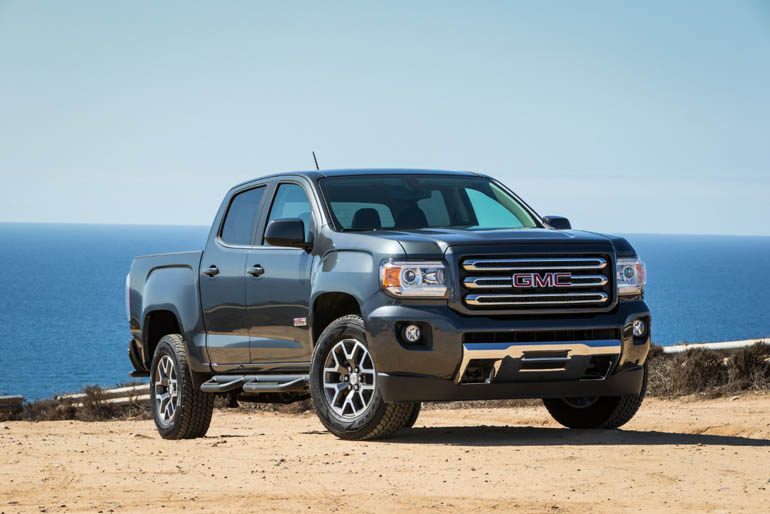 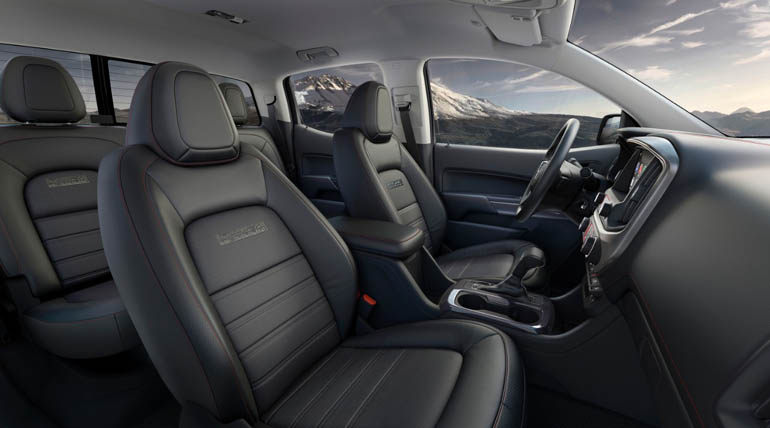 Hopping into the new Colorado and Canyon, you first take notice of a simplistic cabin that makes due with several visually-pleasing plastics that exude a sense of them lasting for many years down the road. The controls and infotainment system layout is on part with the truck’s larger siblings, exhibiting a nice transition for their smaller size. The road prowess with the Z71 package in the 3.6-liter V6 model with 305 horsepower and 269 ft-lbs of torque brings its rugged traits to the forefront a bit more but never really takes away from the Colorado or Canyon’s true truck abilities, towing up to 7,000 pounds when equipped with the trailering package for the V6 models. Its initial grunt during acceleration proves its eagerness to tow without fuss. 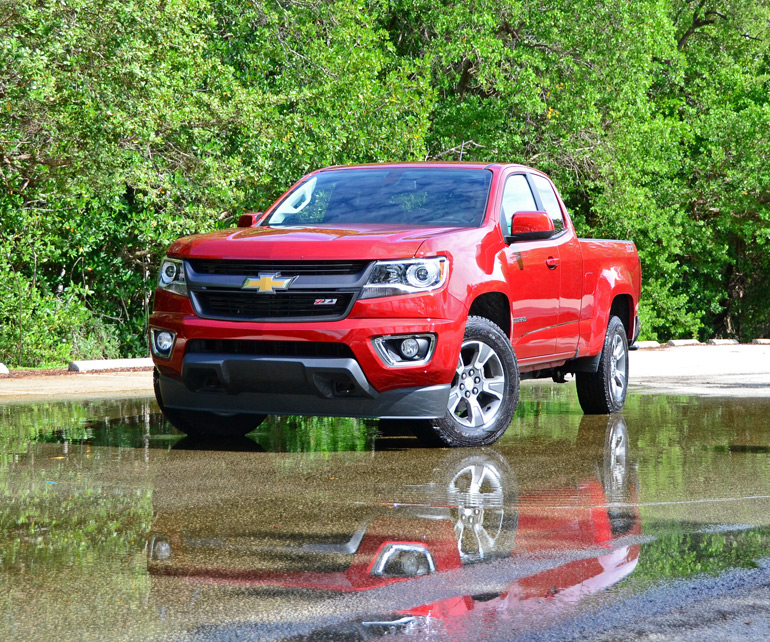 Getting into the over-all driving dynamics it would be prudent to note that the performance of the V6 was a about average. However, I did not find fault with the smooth delivery of power, keeping up with quickly moving traffic easily and passing others on the highway due to the compliant and smooth 6-speed automatic transmission. 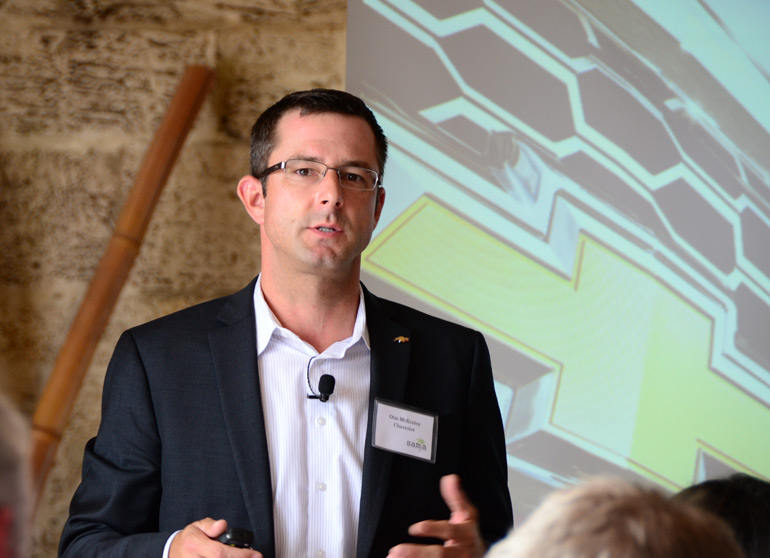 Seating comfort has set the bar a little higher in the all-new Chevy Colorado and GMC Canyon. The seats are nearly sports-car-like in the aspect of body support. Comfort of the seats and positioning up front seems to have a lasting effect as to limit fatigue on longer hauls. The availability of leather-appointed seats adds a nice luxury feel to the trucks that seem durable-enough to prevent excessive wear for those who throw their blue-collar grit at them on a daily basis. 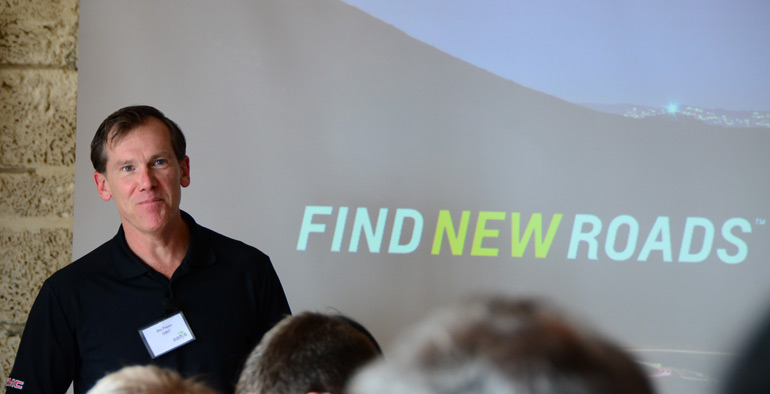 In the efficiency department the all-new 2015 Chevrolet Colorado and GMC Canyon pave a way for segment-leading fuel economy numbers. The 2WD Chevy Colorado and GMC Canyon 2.5-liter 4-cylinder crew cab model with 200 horsepower and 191 ft-lbs. of torque gets 20 mpg city and 27 mpg highway. Moving up to the powerful 3.6-liter V6 2WD models you will expect to see 18 mpg city and 26 mpg highway. 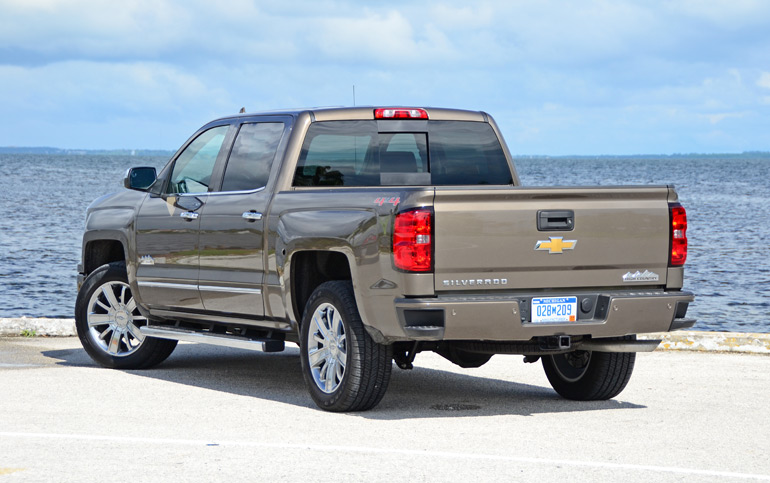 The over-all appeal of the new Chevy Colorado and GMC Canyon initiates with their starting MSRP of $20,120 and $20,955 respectfully. There are several available options and configurations, including an extended-cab long bed and crew-cab short beds for either truck. Several options can be had on the Colorado and Canyon that really set them apart from other trucks in the segment, such as a 4G LTE Wi-Fi hotspot, forward collision warning and lane departure warning. Additionally, a rear-vision backup camera comes as standard equipment across the board. The GMC Canyon offers a premium truck with several available options all loaded up to tip the price scale at the upper end at nearly $40,000. With such a wide array of configurations and options, there is something for everyone to meet their specific truck needs.