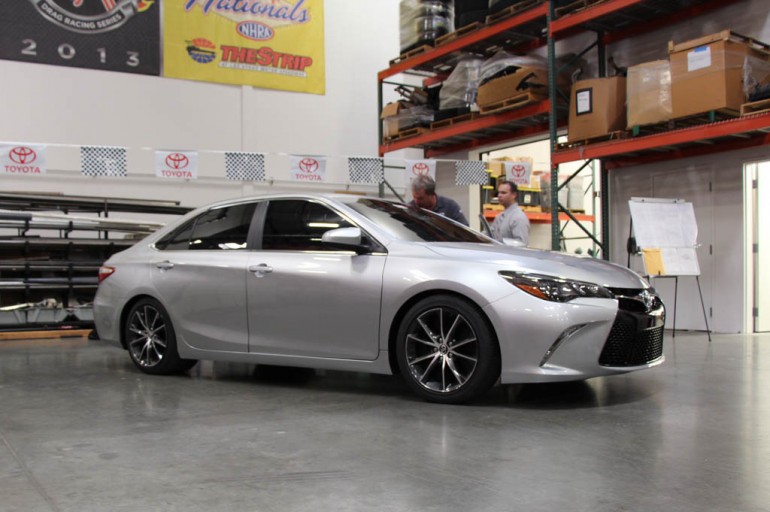 Toyota is leading the way for sales from their brands and has held a steady hand at building reliable appliances for the road – nothing really exciting in the lineup. If there ever was any doubt as to the ability of Toyota to build fast and sporty cars, you can take a look at their Nascar race cars and the rumored plans to bring excitement back with the hype surround the FT-1 concept. This week at SEMA in Las Vegas, Toyota is playing a little secret squirrel game with a “Sleeper Camry.” Yes, it may look like an ordinary 2015 Toyota Camry XSE, but underneath that ‘shell’ is a racecar chassis with a supercharged Tundra 5.7-liter V8 engine. It is said that this “Sleeper Camry” is good for a quarter mile run in 9.8 seconds by the way of its 850 horsepower powerplant. Yeah, you can say this is a true Sleeper. 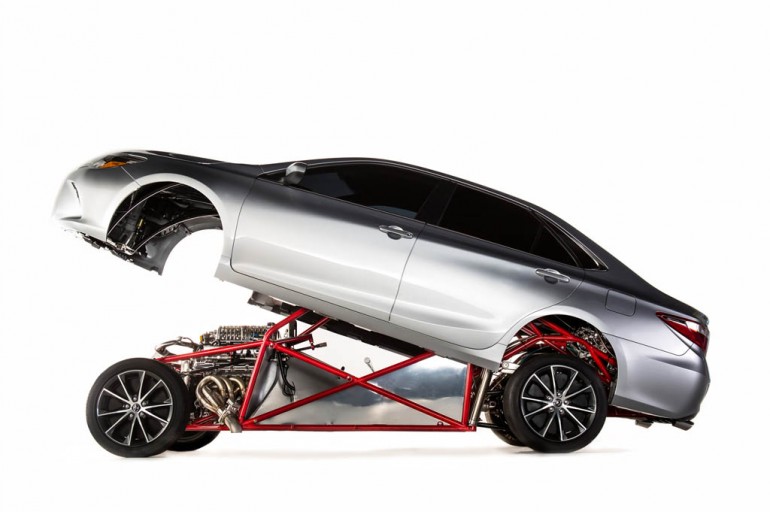 As usual, this is more hype than anything to bring consumers into the dealership for their very own 2015 Toyota Camry XSE with tinted windows, sans the supercharged V8 engine and racecar chassis. Now if Toyota would put some of this effort into building a true sports car for the masses, you have our support. Still, it is amazing to see Toyota pull off something like this at SEMA. Wonder how many people Toyota had fooled?