SEMA: Corvette builds a Rocker, a Racer, and a DIY Rocket 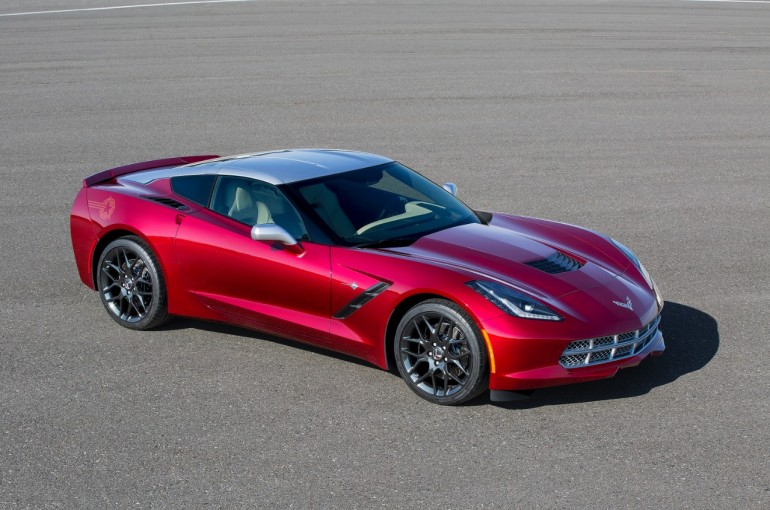 The all-new Corvette Stingray is a rock star in and of itself, having a facelift designed by none other than Kiss frontman Paul Stanley means that the custom 2015 Coupe displayed at this year’s SEMA show deserves a spot at the Rock and Roll Hall of Fame in Cleveland – well in the valet parking lot at least, maybe someday it will be in the actual museum, who knows? 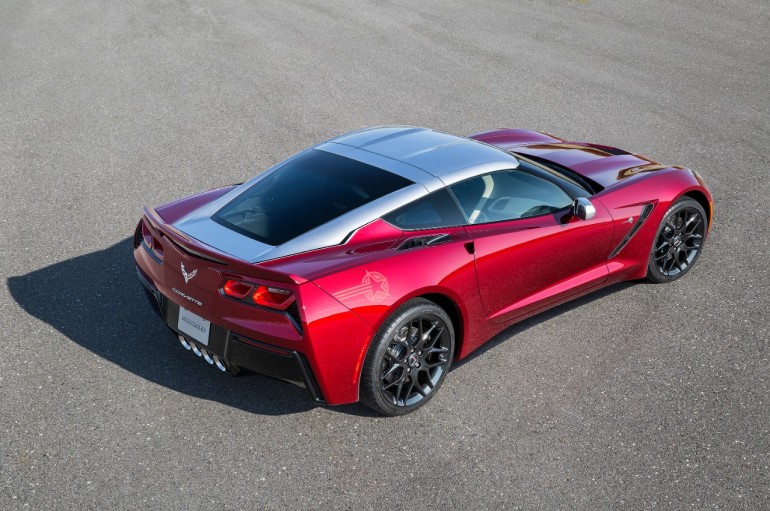 Chevy also worked with NASCAR champion Jimmy Johnson to recreate a 1971 Vette into a resto-mod-hot-mess powered by an all-new 460-horsepower Gen V LT1 crate engine. Of course the modifications didn’t end there, according to Chevrolet “Johnson’s resto-mod Corvette also has an updated chassis, with adjustable coil-overs replacing the original front and rear suspension components, for more precise handling. The track-proven brakes from a C6 Corvette Z06 have also been adapted to the car, giving it exceptional stopping power.”

And while these Bowties will likely never see any of our garages, Chevrolet also rolled out a pile of Corvette Z06 concept parts for the C7 Stingray that can kick up anyones almost perfect Stingray a couple more notches. The lengthy list includes z06 goodies like Bilstein shocks and Brembo aluminum six-piston front calipers and four-piston rear calipers that can be fairly easily integrated in the existing owners 2014 or 2015 Stingray for more track prowess or car show amazingness.

LAS VEGAS – The all-new 2014 Chevrolet Corvette Stingray was the most awarded car of the year – including being named the 2014 North American Car of the Year. For 2015, the Corvette is even better, with the introduction of the supercharged Corvette Z06, an all-new eight-speed automatic, the Performance Data Recorder and OnStar with 4G LTE.

Chevrolet is showing two unique Corvettes at the SEMA Show this week – a 2015 Stingray styled in collaboration with KISS front man Paul Stanley and a vintage third-generation Corvette built with NASCAR champion Jimmie Johnson that features the 6.2L Gen V LT1 engine from the 2015 Corvette Stingray. In addition, Chevrolet is featuring a collection of concept parts based on the 2015 Corvette Z06.

“Corvette has always meant different things to different owners,” said Harlan Charles, Corvette product manager. “Whether it’s a new Stingray or a mid-year Sting Ray, some use their Corvette as a dedicated track car, others use it as a grand touring car and others use it as a daily driver. That range is on display at the SEMA Show this week, serving as the inspiration for owners looking to make their Corvette an even more personal sports car.”

As the front man for one of the most successful rock groups in history, KISS’ Paul Stanley is an artist with an affinity for great style. He worked with Chevrolet designers to personalize a 2015 Corvette Stingray coupe, creating the perfect instrument that reflects Stanley’s creativity applied to America’s sports car.

“This car is undeniable in terms of its aesthetics,” said Paul Stanley. “And it is also a world-class piece of machinery.”

“It was great working with Paul Stanley, because of his vision and passion for design and automobiles,” said Jim Campbell, U.S. vice president, performance vehicles and motorsports.

“This car not only has the look, but the power train is going to make it sound fast and responsive,” said Jimmie Johnson. “ And it’s a 1971 classic.”

The controller/harness kit lists for $2,250 and the front-end accessory drive kit is priced at $725. They will be available in January 2015.

Johnson’s resto-mod Corvette also has an updated chassis, with adjustable coil-overs replacing the original front and rear suspension components, for more precise handling. The track-proven brakes from a C6 Corvette Z06 have also been adapted to the car, giving it exceptional stopping power.

Along with the all-new powertrain, the classic Corvette features a custom hood vent inspired by the current Stingray, along with restyled front fender vents and 18-inch wheels that emulate the design of the 15-inch rally wheels originally offered in 1971.

“Jimmie Johnson is an enthusiast who has restored several classic Chevrolets and he knew exactly what he wanted – classic design supported by modern performance,” said Campbell.

The performance of the all-new, 2015 Chevrolet Corvette Z06 establishes it as one of the most capable supercars on the market – and one of the few to achieve sub-3-second 0-60 performance and a sub-11-second quarter-mile time.

The concept parts include:

“We are looking forward to the feedback from SEMA members and Corvette enthusiasts around the world about their interest in these concept Z06 parts,” said Campbell.