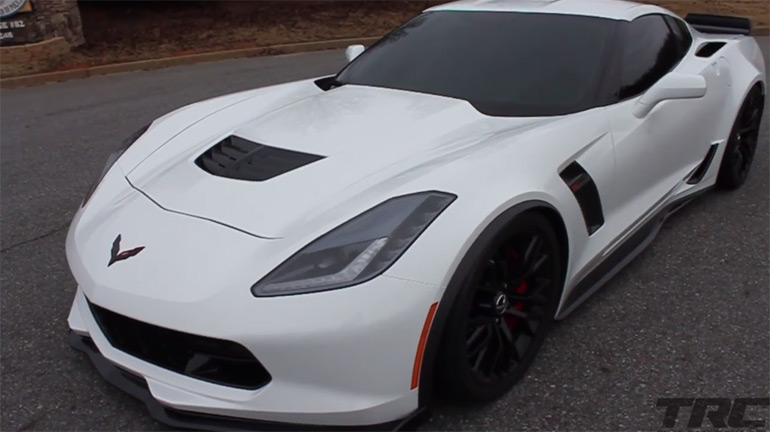 Straight from the dealership and a burnout, to the hands of Vengeance Racing for slight “tuning” to get 660-horsepower 663 lb-ft of torque to the rear wheels.

You probably have already seen the all-new 2015 Corvette Z06 get a one-of-a-kind delivery at a dealership with a celebratory burnout. Now, the same folks who set the internet on fire with that burnout video have pumped in some extra power into their new Corvette Z06 to the tune of 660 horsepower and 663 lb-ft of torque to the wheels. That’s an astonishing gain from the stock numbers of 587 horsepower and 611 lb-ft to the wheels. How did they do it? With a few bolt-ons! Yes, their “custom VR tune” consisting of a high-flow cold air intake, an upper pulley and some ECU magic gets you a gain of about 73 horsepower. We’ll take it!

They expect to get 1,000 horsepower out of this beast before Christmas, so they say.