Jacksonville, FL (January 28, 2015) – The 20th annual Amelia Island Concours d’Elegance will present a unique class of Orphan Concept Cars of the 1950s and early sixties. They may have failed to save their creators, but they succeeded by becoming the sort of delightfully obscure automotive exotica that inspires and motivates collectors.

“Creating a class of orphan concept cars is the kind of thing we just can’t resist,” said Mark Becker, Vice-Chairman of the Amelia Island Concours d’Elegance, “Amelia’s 20th anniversary Orphans Concept Class shows an industry on instruments, changing course, almost overnight, from a wartime economy to a new consumer economy that none could have imagined or predicted.”

As usual General Motors led the way with their travelling Motorama shows of the 1950s. But the economic realities of the early 21st century forced even mighty GM to shed the once creative and profitable Pontiac and Oldsmobile Divisions. 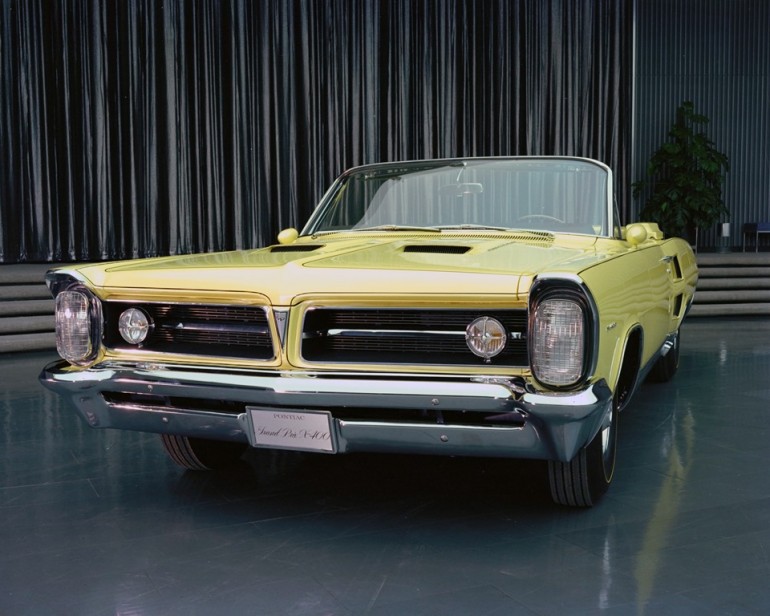 The 1963 Pontiac X-400 is a modified production car rather than the usual, clean-sheet Motorama creation. By the 1960s Pontiac had finally shed its once stodgy image to become GM’s high performance division. The Grand Prix-based, supercharged 421 ci V-8 X-400 convertible was conceived and executed as the ultimate Pontiac. Before Pontiac’s potent and legendary GTO, the X-400 was a performance bulls-eye that set the tone for Pontiac in the sixties and seventies. 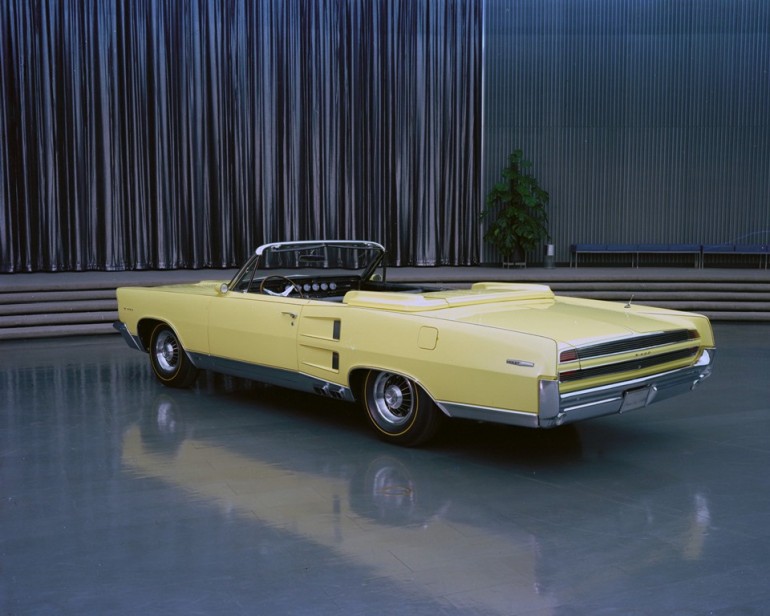 Things were different in the other hemispheres of Detroit’s Big Three carmakers. In 1954 the first DeSoto Adventurer was a stunning clean-sheet design penned by Chrysler’s legendary Virgil Exner. The Ghia-bodied coupe drips with voluptuous Italian style. Crossed American and Italian flags on the svelte red coupe’s coachwork tell the genesis of the Detroit/Milan hybrid.

Powered by a 276 cubic inch Hemi engine, the Adventurer II looks like a production prototype for a new breed of DeSoto and a new direction for Chrysler Corp. Had DeSoto carried on with the project Chrysler might well have enjoyed performance parity with Chevy’s iconic Corvette. The Adventurer concept did not stem the tide. After over two million vehicles built since 1928, Chrysler’s DeSoto Division closed its doors on November 30, 1960. 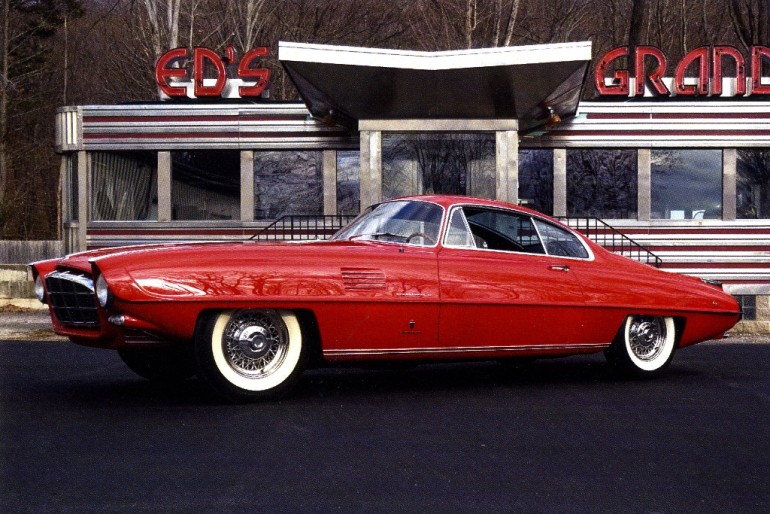 Hudson took the same Italian/American path as DeSoto’s Adventurer II with the Italia Coupe wearing coachwork by Carrozzeria Touring of Milan on a production chassis. Hudson Designer Frank Spring was allowed to design a sports coupe to compete with the Corvette and Thunderbird. A run of fifty cars was contracted and several dozen built at a cost of $28,000 1954 dollars each! Hudson tried to sell them for $4,800 in the days of $3,995 Cadillacs. The Hudson nameplate disappeared into the Nash/Kelvinator group in 1954 only to be acquired by American Motors which ultimately went to Chrysler Corp. The Hudson Italia became a triple-orphan. 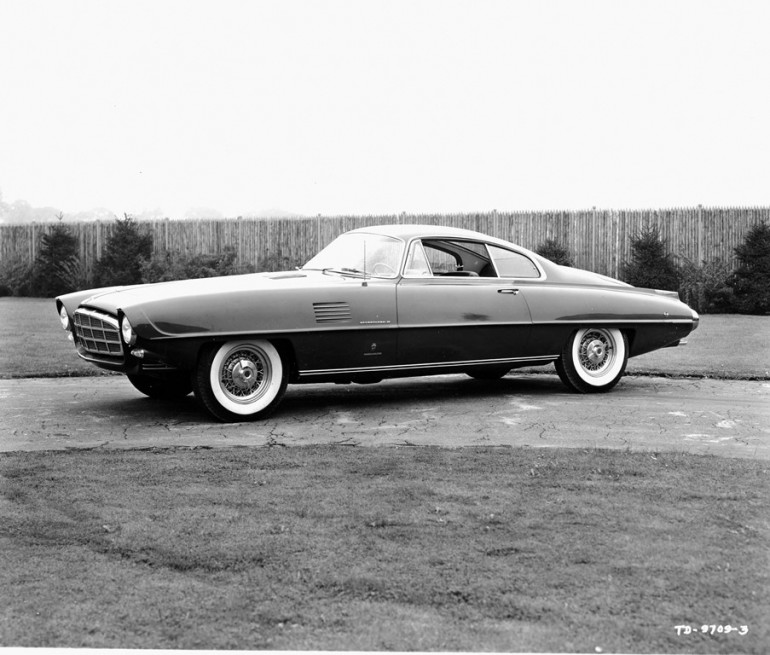 Once-mighty Packard fought the changing market realities of the 1950s with the Predictor and the Panther Daytona. Both were designed and created to invest the once mighty glamour marque with a premium status during the 1950s. Both touted features that, so Packard claimed, might well appear in future Packard automobiles. That dreamed-of future ended in 1959 when the parent Studebaker-Packard Corporation terminated the brand. 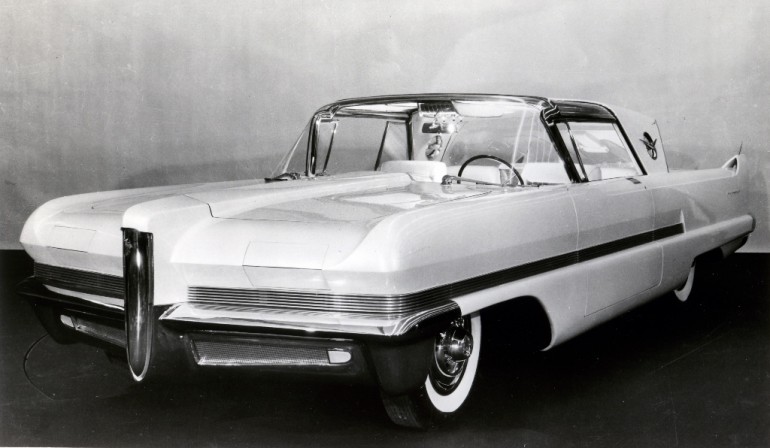 The 1954 Mercury XM-800 got closer to showroom reality than most of Detroit’s Dream Cars, regardless of manufacturer. After its debut at the 1954 Detroit Auto Show the four-place fiberglass-bodied two-door on a Mercury Monterey platform was recommended for production by none other than Benson Ford, individual seats, wrap around windshield and a 270 hp 312 cid V-8 all became part of Mercury’s design vocabulary. The XM-800 was stopped in its tracks by an executive committee decision to expand Ford’s product line. The new Ford division that halted the gestation of the XM-800 was named Edsel.

In 1955 the XM-800 became a member of the cast of 20th Century Fox’s Woman’s World. Then it went to the University of Michigan Auto Engineering Lab until sold to a regional farmer where it became derelict only to become a treasured barn-find. With a fiberglass body the XP-800 became a complex but highly successful restoration that will join the other orphan concept cars on Amelia’s field on Sunday March 15th.

The 1950s had changed everything American: music, fashion and personal mobility, freeing pent up wartime savings to buy houses, start families and banish two decades of depression and world war.

“The Orphan Concept Cars Class shows more than an industry grasping for a new direction or a fresh identity, like Pontiac, or for survival, like Hudson, De Soto and Packard,” said Becker. “The dream cars, even these orphans, show a uniquely American vision of unfettered creativity and a native optimism that has always served our nation very well indeed.”