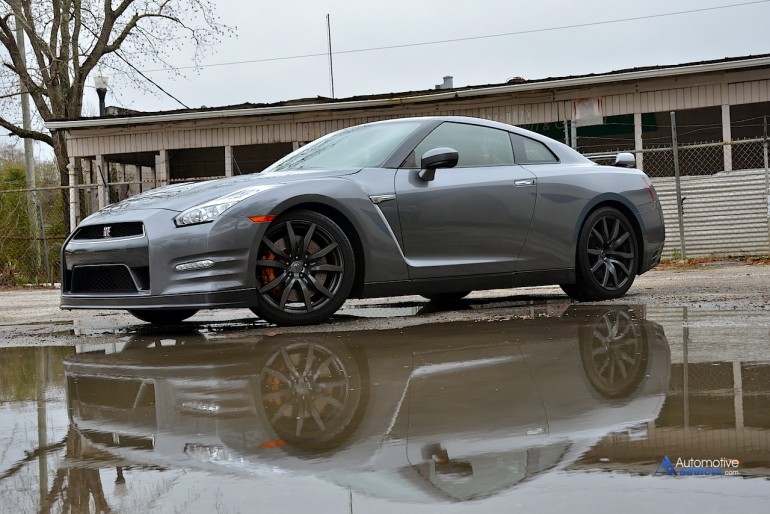 If I were to ask you to rattle off the first few supercars that come to mind, the Nissan GT-R would probably not be the first one to come out of your mouth. On the other hand, if you are ever so lucky to have driven a GT-R, or road ride shotgun in one, you may have been inclined to mention Godzilla as a supercar. In the retrospect of what the Nissan GT-R is perceived as, it is a viable supercar any way you slice it. 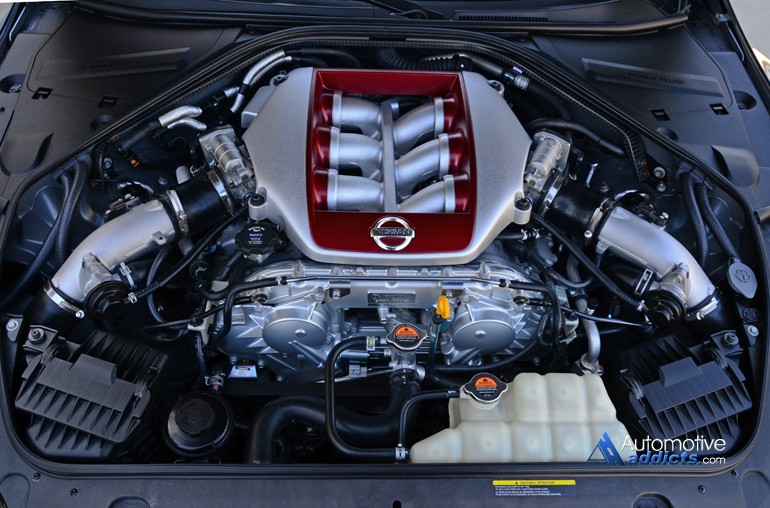 With 545 horsepower and 463 lb-ft of torque from its lone engineer-hand-built 3.8-liter twin turbo V6 engine mated to a snappy-shifting 6-speed dual-clutch transmission sending power to all four wheels through a torque vectoring technological marvel, you cannot deny the supercar factor. The two clutch assemblies are bathed in transmission oil acting as wet clutch for shifts that take a quick 200 milliseconds. That’s supercar stuff.

I had the chance to live with the new 2015 Nissan GT-R for a while last year and my takeaway was that the Japanese supercar is quite easy to mold into your day-to-day functions. In my recent drive of the GT-R that notion was reiterated on many occasions, even when picking up my 7 year old daughter from school. After climbing into the deep-bottomed but limited legroom rear seat, her giggling commenced as the GT-R surged to the posted 45 mph speed limit in just over a second. 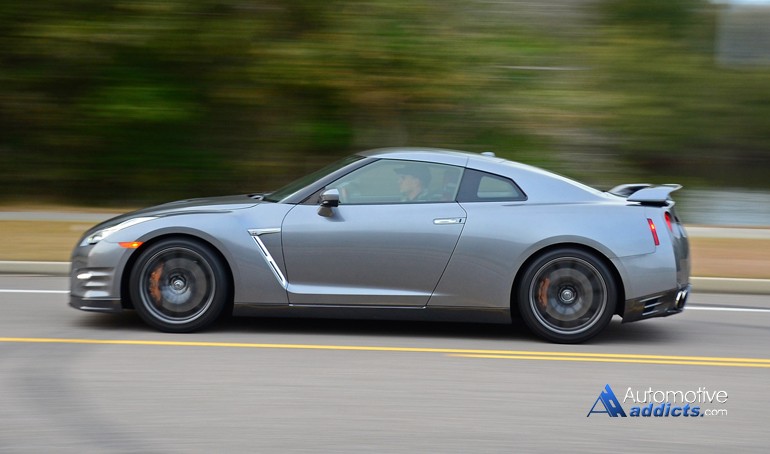 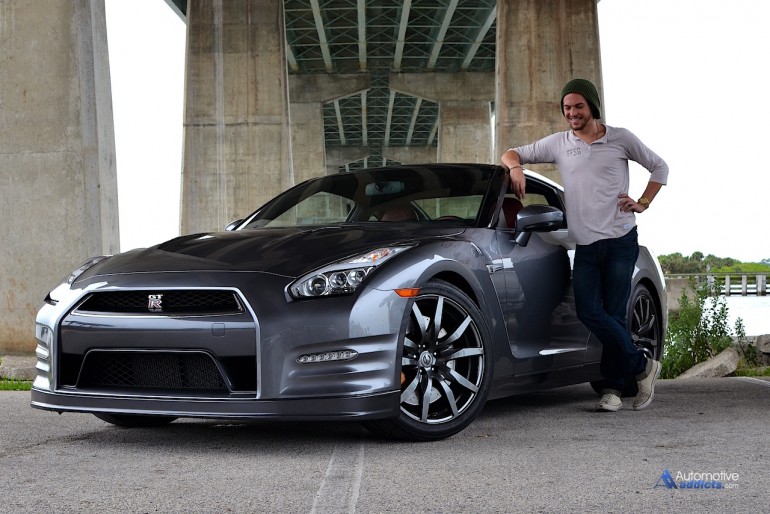 If the GT-R was ever a master at more than one thing, it would be reserved to nearly violent acceleration out of the hole and its ability to perform acts nearly outside the laws of physics on a racetrack. Finding the handling limits of the GT-R on public roads is probably going to warrant you an overnight stay and free breakfast in the local corrections facility, or the ICU. 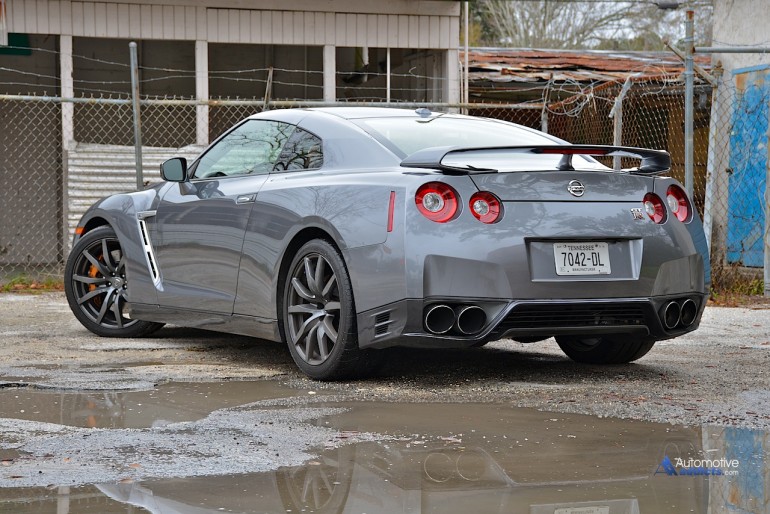 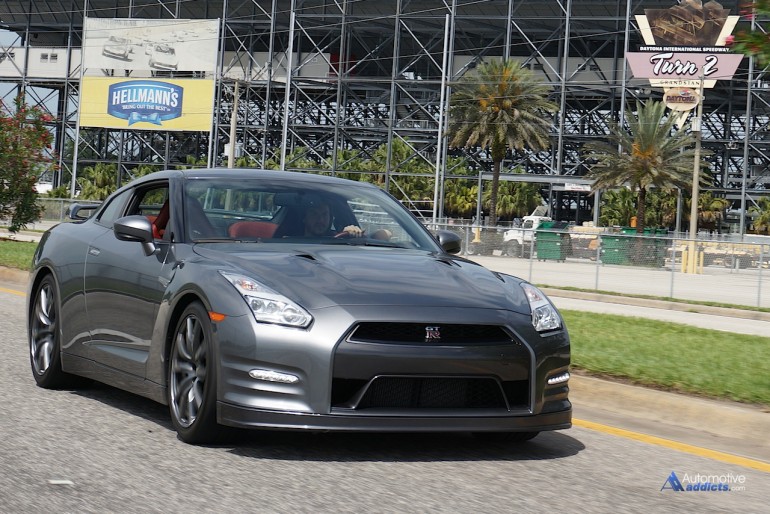 A lot has been said about the Nissan GT-R ever since the coupe’s stateside introduction as a 2009 model nearly 7 years ago. Over the course of that time up until now, the GT-R has been refined in ways not to convert it into a luxury car, but to make it a bit more compliant for every-day use. The interior is now quieter and a dash of plush appeal has been added to the cabin through updated interior colors and contrasting leather appointments. The same GT-R formula is still thriving in its chassis, apparent in the clunky-sounding clatter of the drivetrain, a welcomed trait for true enthusiasts but something frowned upon by luxury seekers. Even the beefy steel drilled rotors clamped on by 6-piston Brembo calipers up front and 4-piston out back have the tendency to squeak but prove more than effective with fade-free repeated stops from high speeds.

The GT-R isn’t for everyone.

That is not to say it is something that anyone should be afraid of. After all, the remarkable all-wheel-drive ATTESA E-TS (Advanced Total Traction Engineering System for All-Terrain – Electronic Torque Split) system is almost foolproof, keeping all four wheels planted to the ground like glue bonding two pieces of paper. Even in the rain, the all-wheel-drive system hooks up like a shifter cart on dry tarmac. The thrill ride of the GT-R nearly defies what your senses tell you about how a car should handle. Pushing the GT-R harder with each try is nearly a never-ending task. 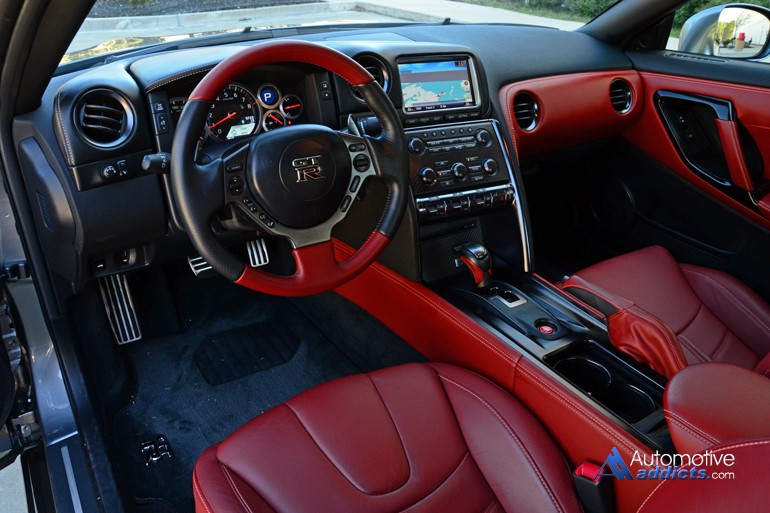 I can remember my first undertaking of driving the GT-R on the track. Lap after lap was faster and faster as you never knew how much you can push the supercar. It eventually fought back with subtle throttle cuts and individual wheel braking due to the rear end starting to kick out or front wheels pushing into slight understeer. The GT-R is a track monster that doesn’t require much initial skill to get the job done. Just pick a proper race line and have fun. 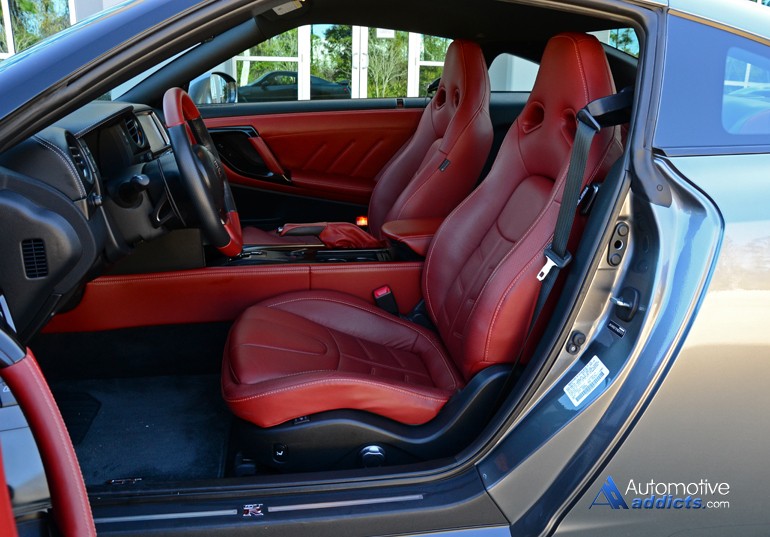 Speaking of line, making a mad dash to 60 mph is the paramount of fun with the GT-R on public roads. Making a stop at the red-light has never been so much fun in anticipation of an intoxicating feeling from shear thrust, much more so than a commercial airliner takeoff. We are talking about a catapult feeling, one that very few roller coasters can dish out. It’s the GT-R’s infamous launch mode getting the 3,851 pound Godzilla up to 60 mph in about 2.7 seconds. It’s all legit. I timed a few runs getting 3.0 seconds and my best of 2.8 seconds. It’s a thrill ride, take my word for it.

Concluding my time with the 2015 Nissan GT-R, it’s hard to say goodbye to such a vehicle. Then again, it may be easy to let it go because I could feel that my time of escaping red and blue lights could clinch at any moment. The GT-R acts as if it is just any other car with civilized driver inputs, but reigning performance king among most cars on public roads. Place the dual-clutch 6-speed into automatic mode and the adaptive dampers into comfort mode and you have a subdued cruiser to commute to and from work. 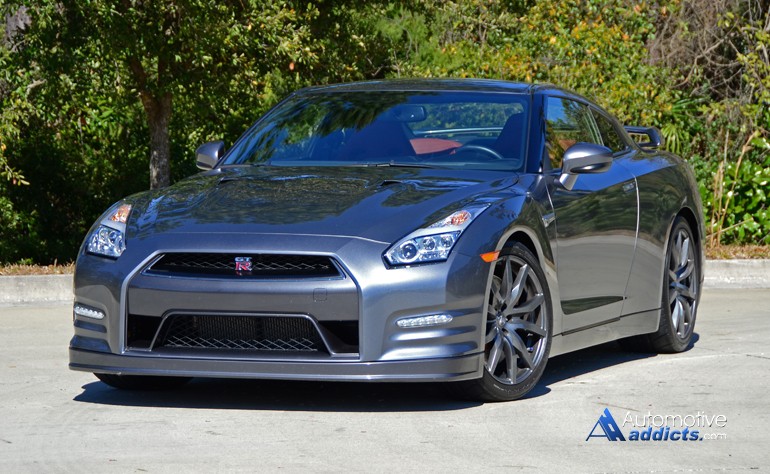 Yes, you must work or find some means of paying for the as-tested $107,660 check you just wrote for this bad boy. Its fun to play, but you must pay proper admission for the technological road and track-concurring GT-R. It’s one of the most versatile supercars at the fraction of the price of anything that can run with it.