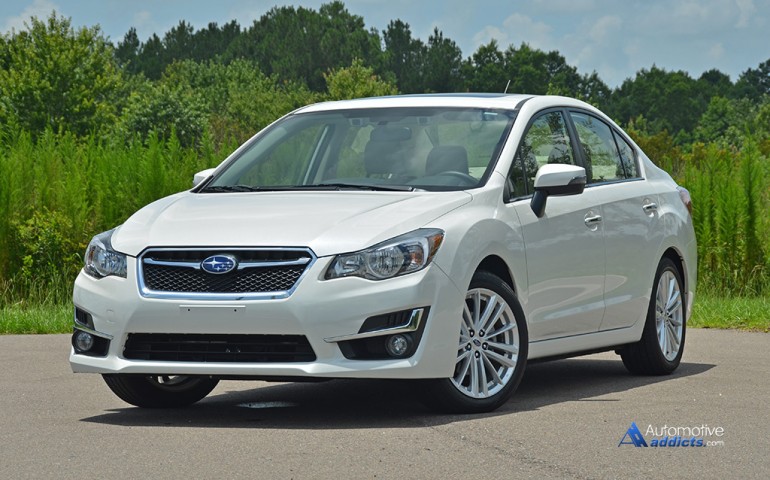 Subaru has continued to be a steady force that builds vehicles for many different lifestyles, including a few offerings that fulfill the desires for enthusiasts. The latest Subaru Impreza sedan harkens to lull some of the brand’s enthusiasm to appease those seeking a well-conformed all-wheel-drive transportation appliance that puts safety at the forefront through the innovative EyeSight combining pre-collision warning, pre-collision braking, pre-collision throttle management and an adaptive cruise control system. 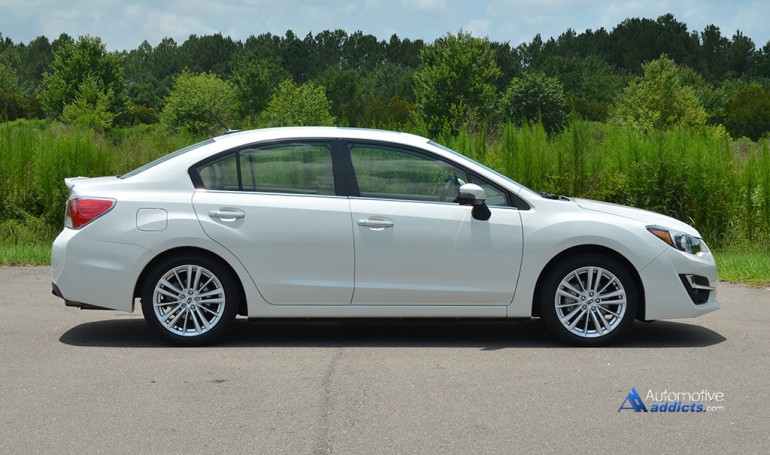 The 2015 Subaru Impreza gets a slight exterior refreshing but continues its basic updated design first introduced as a 2012 model. Additionally, for 2015 the Impreza receives some interior refreshing to include a standard rear-view camera, 6.2-inch touchscreen infotainment system and the optional advanced safety package for both Limited and Sport Limited (hatchback) trims incorporating the latest version of the EyeSight safety and adaptive cruise control system.

The adventures in my 2015 Subaru Impreza Limited test vehicle take me to my earlier days of reviewing Subaru vehicles where a select few seemed to be somewhat uninspiring outside of the Outback, WRX and WRX STi. With the latest Impreza Limited sedan, that sentiment lingers, even with a sporty-looking exterior, a friendlier cabin with additional soft touch surfaces, and a new EyeSight system that pits the Impreza slightly ahead of the competition for its active safety blanket. 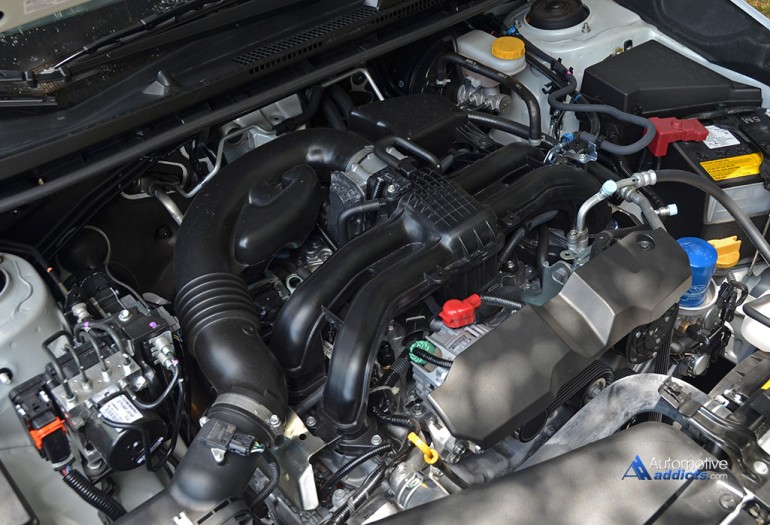 Powered by a Boxer (horizontally-opposed) 2.0-liter 4-cylinder engine, the 2015 Impreza scoots along lacking a sense of urgency. The power output of the engine is an uninspiring 148 horsepower at 6,200 rpm and 145 ft-lbs. of torque at 4,200 rpm. Mated to a CVT (continuously variable transmission) things get even more apathetic in the view of enthusiasts, taking about 9.8 seconds to reach 60 mph.

Hardly inspiring in the area of straight-line performance, the Subaru Impreza sacrifices performance for efficiency, offering decent EPA estimated fuel economy figures at 28 mpg city and 37 mpg highway. I saw a rather efficient and steady 37.4 mpg on the highway traveling near the posted interstate speed limit. Around town I also bested the city EPA figure with about 29.9 mpg. 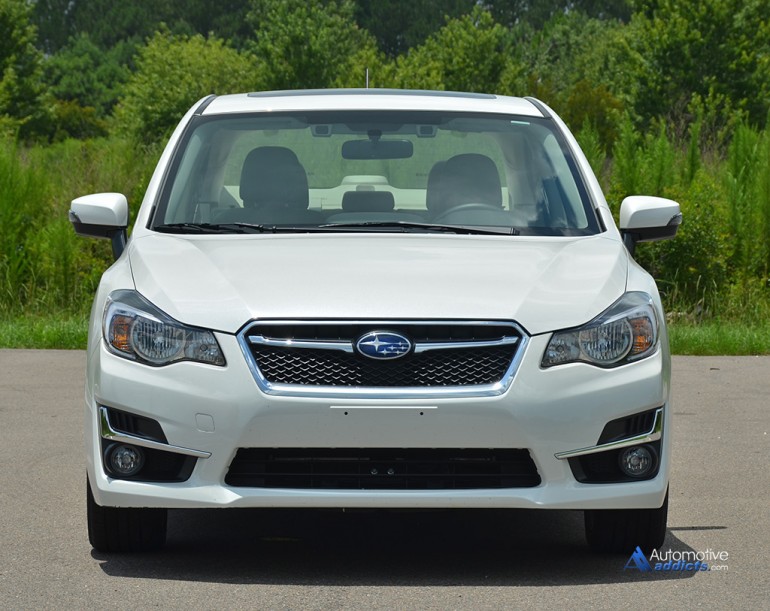 At the end of getting those decent fuel consumption figures, the 2015 Impreza retains excitement in a lumpy transition of power through its CVT transmission to all four wheels. The engine isn’t shy about revving high to produce its smallish output figures, but it is mostly hindered by the CVT’s inability to let it fly anywhere near redline. Acceleration eventually becomes predictable at best where it limits your advantageous urges to jump into traffic. I found myself consistently avoiding any risks of over overtaking vehicles on the interstate due to the lackluster acceleration. 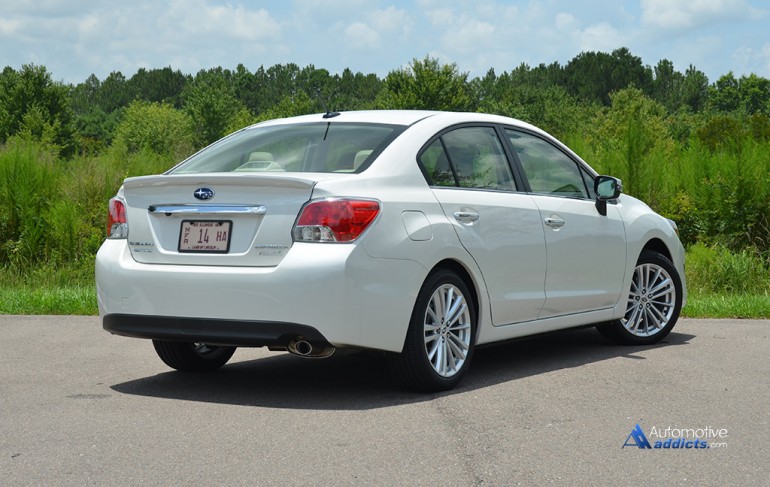 The simulated shift points of the CVT – to make it feel more like a traditional automatic – were more of a diminishing return for performance placing the rpm far from the 6,200 rpm max power spot. Additionally, simulated step-downs from the CVT managed to lump in surges of power, more of a jerky feel that is quite the opposite of what you expect from a smooth-shifting traditional automatic of today. I totally get the idea, but it doesn’t come together well. To the benefit of the 2015 Subaru Impreza, its handling is assuring for the most part emulating a chassis that is quite capable of handling twice as much power as the middling engine produced.

Interior accommodations in the 2015 Impreza Limited proves to be straight forward and simplistic. The heated leather trimmed seats up front are comfortable enough on short trips with limited bolstering. There are several surfaces consisting of hard plastics and limited soft touch areas. Otherwise, the cabin’s limited contrasting color schemes and hard plastics get lost in translation. Out back, the rear seating is inviting with plenty of leg and head room, even for someone nearly 6-feet tall. 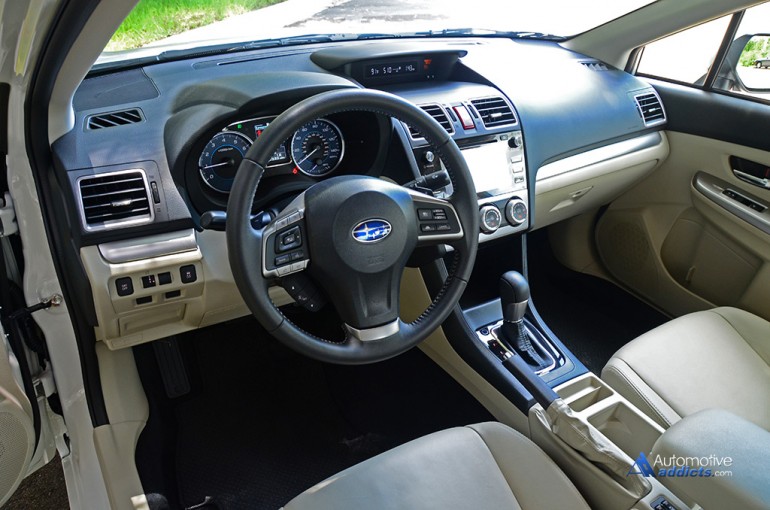 The upgraded navigation infotainment system package with its 7-inch touch screen proved to be among the best glossy touch surface for limiting fingerprints, possibly due to a special coating. The use of the system was rather cumbersome with several antiquated-looking graphics. Adding to the archaic aura of the system was the audio system’s sound adjustments using an equalizer styled setup that most consumers will have a hard time comprehending. A simple Treble, Bass and Midtone adjustment would have sufficed here but Subaru continues to miss this boat. It’s a calamity when you consider how the audio system’s sound quality is poor. However, the system does utilize dual USB ports for connectivity and gives you the ability to use swipe, pinch and scroll gestures, more of the modernized part of the system conforming to what you expect from tech in 2015. 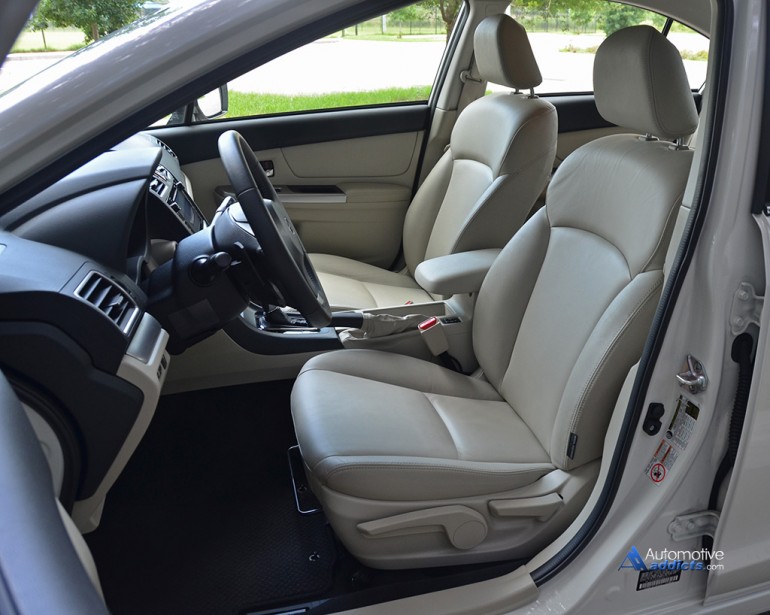 Paving the way for the segment with proactive safety features is the Subaru Impreza Limited’s optional EyeSight system. EyeSight has brought forth a simple way of combining a safety blanket for everything that is out in front of a vehicle. With EyeSight on the 2015 Impreza, a set of forward-facing cameras are used to monitor objects and issue a proper warning upon and impending collision and apply the brakes if the vehicle senses an imminent collision. Having experienced the system in action during a demonstration months ago, I can attest to EyeSight being a literal life saver. Working in sync with adaptive cruise control and pre-collision throttle management, the driver would be hard pressed to plow into an object or vehicle in front of them. Let’s just say, on EyeSight-equipped vehicles, Subaru has helped a multitude of drivers avoid paying an additional insurance premium and/or repair bill. 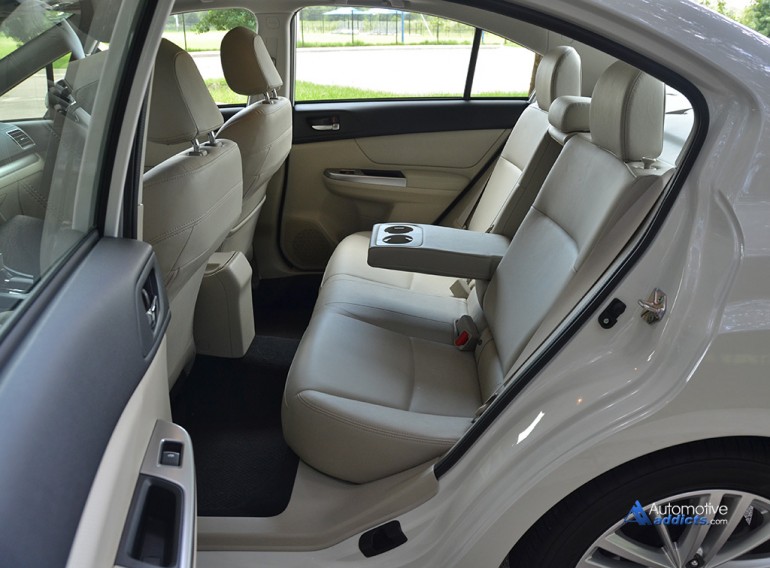 The 2015 Subaru Impreza Limited sedan pushes the line on so slightly for a vanilla vehicle that blends into the background of suburbia transportation appliances. It is not to say its highly praised symmetrical all-wheel-drive system, EyeSight system, and agreeable exterior looks don’t spice up its attractiveness. I just can’t celebrate its uninspiring performance. Considering the latest Impreza Limited when it offers a power moonroof, keyless access with pushbutton start, navigation infotainment system package, and EyeSight, the as-tested price of $25,885 may be a bit hard to chew. However, as a proposition for a consumer who looks to active safety being a priority but has never driven anything north of 200 horsepower, the Impreza just may keep them content. For enthusiasts and those looking for a little “more,” there are several obvious alternatives from the same brand adding to the Impreza’s platform starting at only $1,000 more (WRX base price) than my test vehicle’s as-tested price with over 100 additional horsepower.