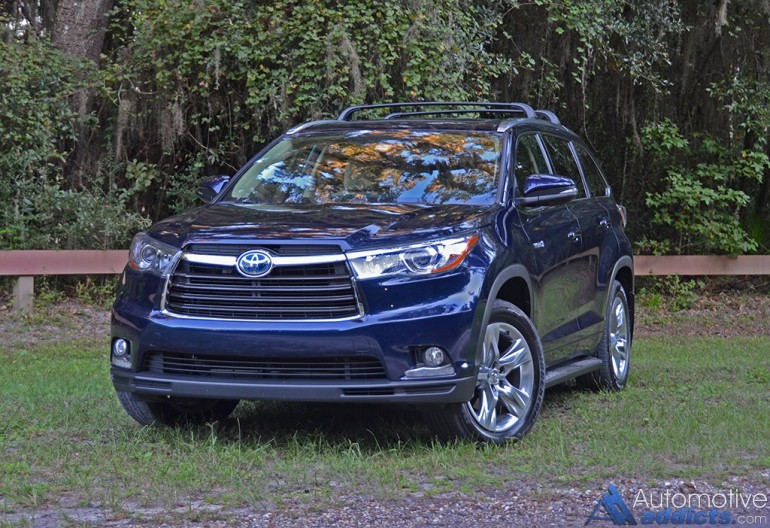 Toyota’s Highlander crossover SUV has been a steady competitor in the growing market of crossovers that seat 7 to 8 passengers. In its third generation, the 2015 Toyota Highlander continues without any changes from its full redesign in 2014. With the offering of a hybrid model, the Highlander pits a desirable contender among those who look to get the best bang out of fuel mileage when it comes to a 3-row crossover.

>> Get the best price on the Toyota Highlander from a network of local dealers now. << 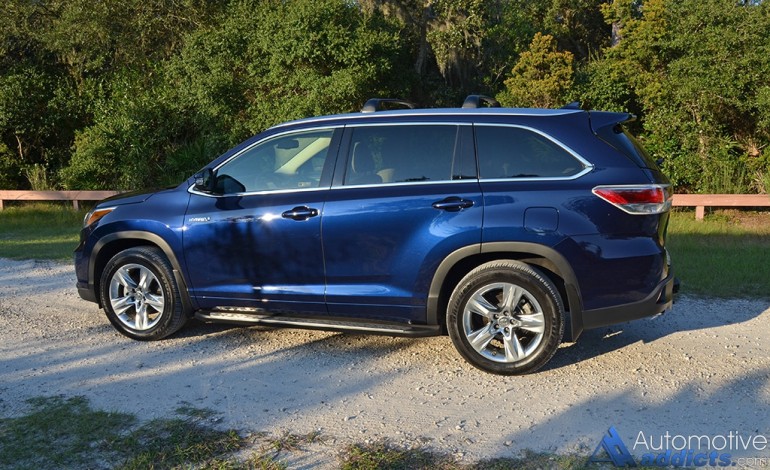 In my initial assessment of the Toyota Highlander’s 2014 model year redesign, I was delightfully surprised in the brand listening to consumers and providing exactly what they asked for in a 3-row crossover. During my time with the 2015 Toyota Highlander Hybrid Limited, the top-tier trim offered out of the other four gas-powered trims (LE, LE Plus, XLE, Limited), it was apparent of Toyota’s longtime experience in building seamless hybrid powertrains for decades. 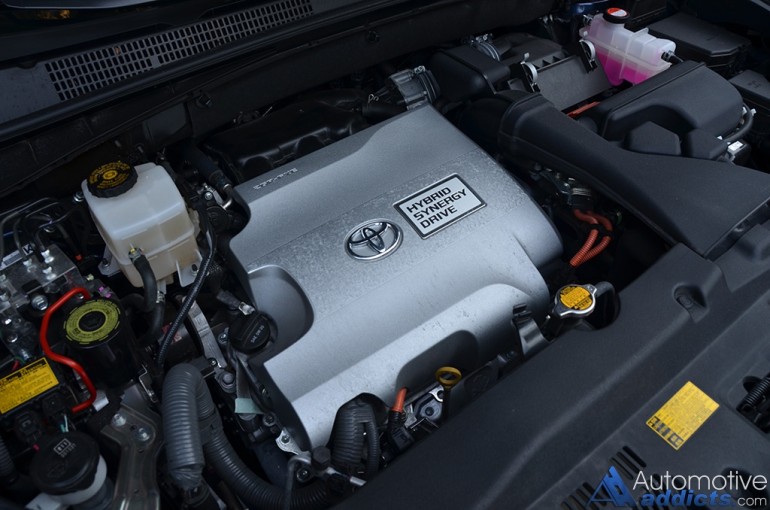 The 2015 Toyota Highlander Hybrid Limited utilizes the 3.5-liter V6 engine from the other trim levels above the base LE’s 2.7-liter 4-cylinder setup. The Highlander Hybrid produces a total of 280 horsepower through the system fed mostly through front wheels but is able to power the rear wheels via two electric motors when wheel slippage is detected, part of the advanced AWD-i system. Combined with the torque from the system, 248 lb-ft from the engine and a supplemental aid from the electric motors, the powertrain is able to get all 4,861 pounds up to 60 mph in about 7.9 seconds. 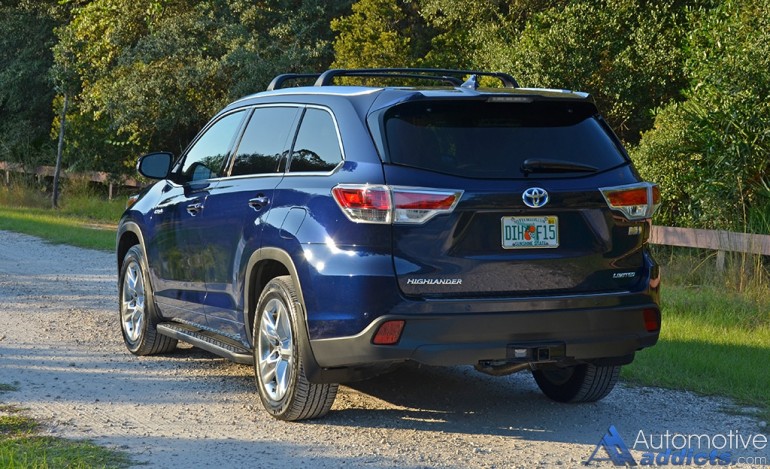 Power is directed through a CVT (Continuously Variable Transmission) for the Highlander Hybrid, which has the characteristic disconnected feeling compared to its 6-speed automatic-equipped gas-powered V6 trims.

Performance from the 2015 Highlander Hybrid is nearly on par with its solely V6 gas-powered stablemate. Though, the major differences lie within the CVT transmission’s delivery of power from the robust hybrid powertrain and V6 engine. The system works wonderfully for transitioning power from the gas engine and electric motors. There are hardly ever times where demanded power is ineffective or lacking. Much like its distant Prius sibling, the Highlander Hybrid quickly adapts to putting efficiency first but without sacrificing the on-demand performance, which is much more substantial in the Highlander considering its V6 power. 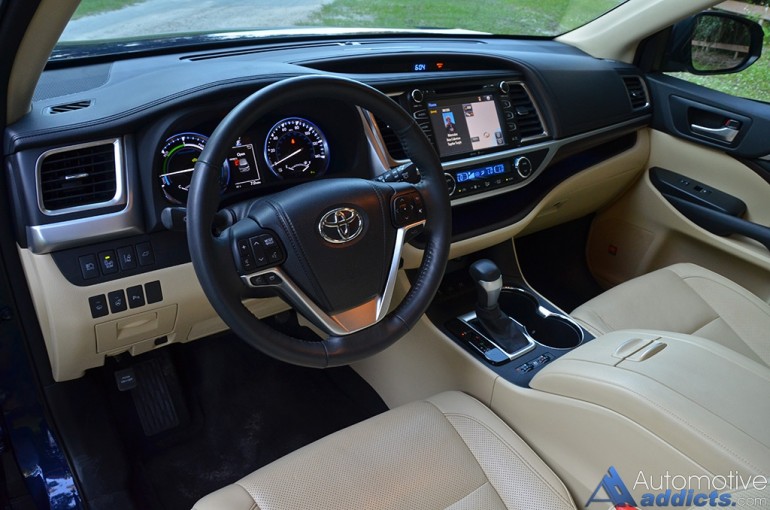 Braking feel takes a while to adapt to while regeneration quickly reenergizes the battery pack to permit soft accelerations and low-speed coasting events to temporarily shut down the gas engine. The hybrid system in the new Highlander is sophisticated and proactive about its operation, which at times predicts your next move while quickly starting the engine the instant the demand arises for moderate acceleration. 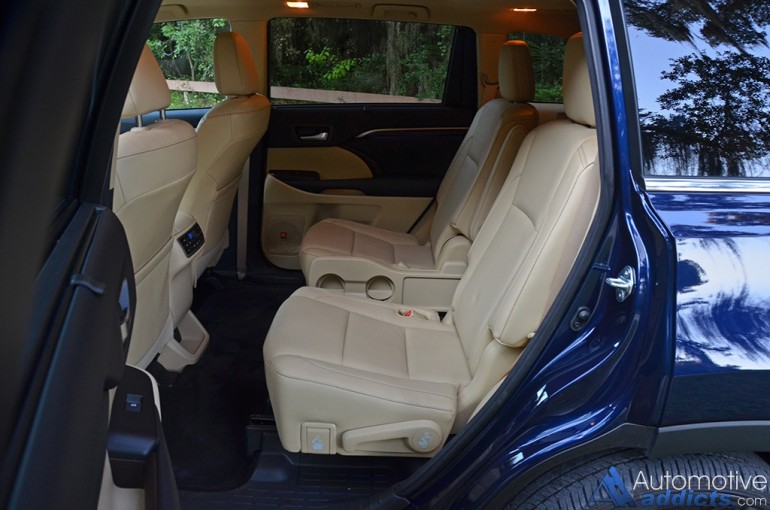 While much has already been said about the new Toyota Highlander’s interior, it is wise to reiterate the supportive and comfortable thin seat backs that free up knee room throughout the cabin. The three rows of seats are optimally placed with the right adjustments in the second row captain’s seats to adapt to baby seats, kids, and adults of just about any size. Access to the third row is a relatively easy task by a clever sliding act of the second row seats, which allow you to leave a baby car seat in place and still have the same access convenience. 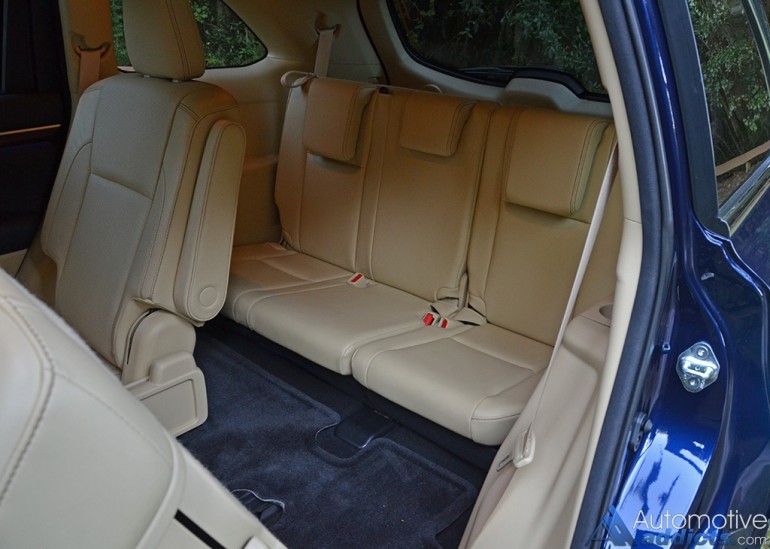 Seating in the third row with three adult passengers is a little cramped, but could easily suffice on short trips. The ideal case for the third row would be three children or two adults, but leaves a limited amount of cargo space made available behind the seats when in place, a total of just over 13 cubic feet. The benefit of highlander Hybrid toting around items out back with all seats folded is a total of 83.2 cubic feet making way for upwards of 1,409 pounds of “stuff.” Thanks to Toyota retaining the opening rear-hatch glass, longer items can easily use the opening to hang out for additional space. Additionally, you can tow up to 3,500 pounds. 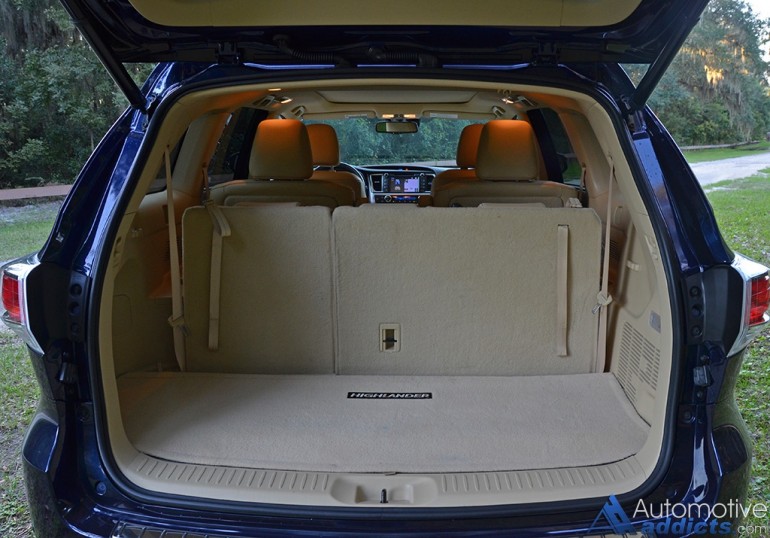 Fuel efficiency is the area where the Highlander Hybrid proves its worth, getting consistent EPA estimates of 27 mpg city and 28 mpg highway. During my week with the Highlander Hybrid my estimates were pretty far in between with my worst fuel consumption figure being 24 mpg and my best being nearly 31 mpg when traveling on an open low-speed highway. It would be safe to say the Highlander Hybrid’s fuel consumption figures are highly reliant on your driving style and conscience ability to closely monitor your throttle input in correlation to the active dash gauge cluster power meter. It does wonders to monitor the power meter to remain in the green “eco” range, which usually permits 27 mpg or better. After just a day into driving the Highlander Hybrid I found ways to easily squeeze over 30 mpg out of a drive from my house to the market center slightly over 10 miles away. Capping off the week long review my fuel mileage estimates where nearly on par with the combined getting a hair over 27 mpg. 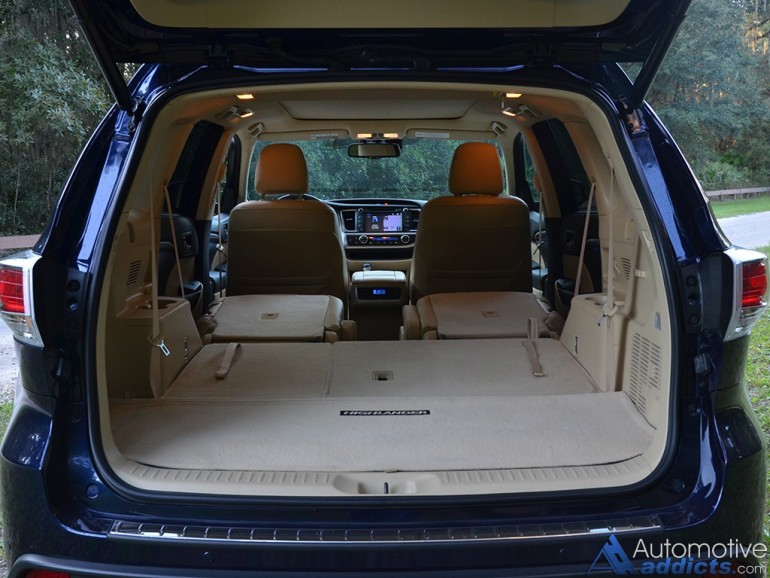 The Highlander Hybrid falls in a position where consumers and potential buyers will need to weigh out their benefit of getting among the best combined mpg of a 3-row crossover (28 mpg) or paying a premium, which is an additional $7600, for the hybrid option starting at $47,850 and ending up at an as-tested $53,771 (including $885 delivery, processing and handling fee) for my loaded-up 2015 Highlander Hybrid Limited.

>> Get the best price on the Toyota Highlander from a network of local dealers now. <<