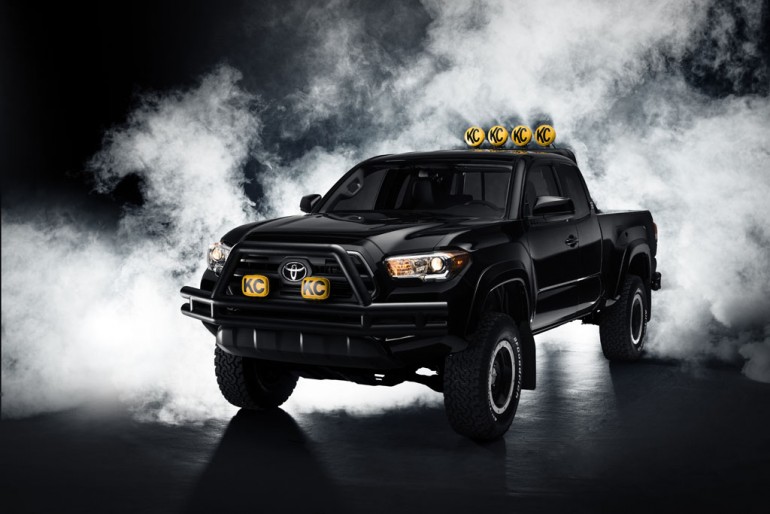 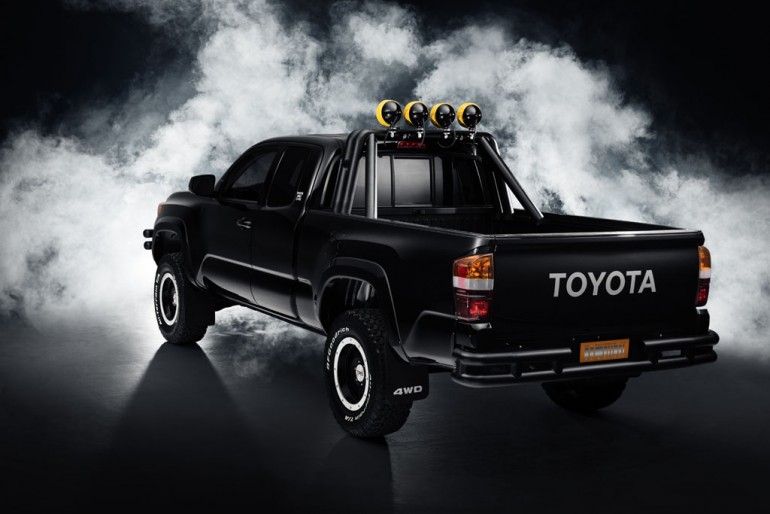 October 21, 2015
TORRANCE, Calif. (Oct. 21, 2015) – Toyota is celebrating October 21, 2015 – the futuristic date first introduced in Back to the Future Part II – with a re-creation of Marty McFly’s dream truck. Using the all-new 2016 Toyota Tacoma that went on sale in September, fans in Los Angeles, New York and Dallas can see the truck in major tourist destinations for today only. 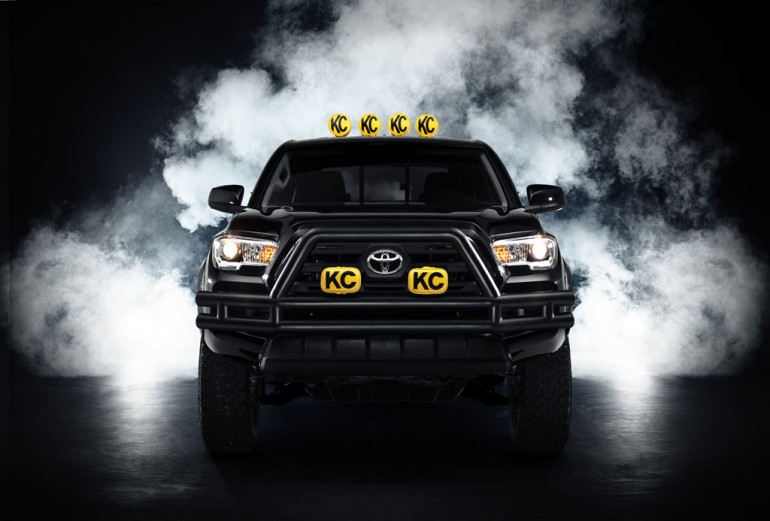 To make the 2016 Tacoma look like a modern-day version of the classic from the movie, a number of modifications were made: 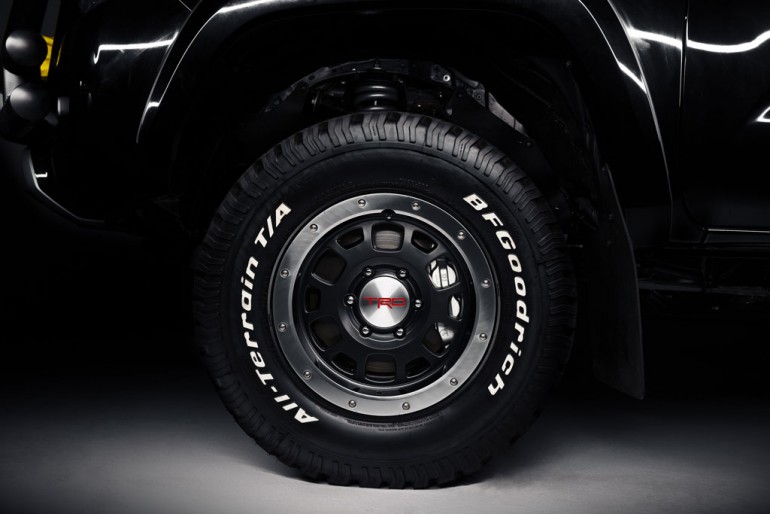 ABOUT THE BACK TO THE FUTURE 30TH ANNIVERSARY TRILOGY
Experience the future all over again with the Back to the Future 30th Anniversary Trilogy on Blu-ray & DVD! Join Marty McFly (Michael J. Fox), Doc Brown (Christopher Lloyd) and a time traveling DeLorean for the adventure of a lifetime as they travel to the past, present and future, setting off a time-shattering chain reaction that disrupts the space-time continuum! From filmmakers Steven Spielberg, Robert Zemeckis and Bob Gale, this timeless collection includes a new bonus disc with over two hours of extra features such as “Doc Brown Saves the World!”, an all-new original short starring Christopher Lloyd.  Hashtag: #BTTF2015 Facebook: https:www.facebook.com/BTTF     Website: www.BackToTheFuture.com 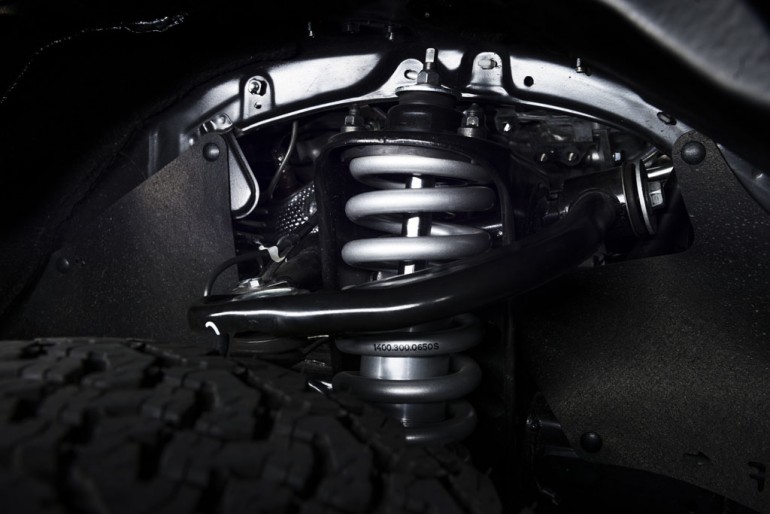 About Toyota
Toyota (NYSE:TM), the world’s top automaker and creator of the Prius, is committed to building vehicles for the way people live through our Toyota, Lexus and Scion brands. Over the past 50 years, we’ve built more than 25 million cars and trucks in North America, where we operate 14 manufacturing plants and directly employ more than 40,000 people. Our 1,800 North American dealerships sold more than 2.5 million cars and trucks in 2013 – and about 80 percent of all Toyota vehicles sold over the past 20 years are still on the road today.Toyota partners with philanthropic organizations across the country, with a focus on education, safety and the environment. As part of this commitment, we share the company’s extensive know-how garnered from building great cars and trucks to help community organizations and other nonprofits expand their ability to do good. For more information about Toyota, visit www.toyotanewsroom.com.About Universal Partnerships & Licensing
Universal Partnerships & Licensing (UP&L) oversees NBCUniversal’s consumer product and digital licensing for Universal Pictures, NBC Television, Focus Features and Sprout Channel.  This dedicated division is also responsible for film, home entertainment and television promotions.  UP&L is part of NBCUniversal. NBCUniversal is one of the world’s leading media and entertainment companies in the development, production, and marketing of entertainment, news, and information to a global audience. NBCUniversal owns and operates a valuable portfolio of news and entertainment television networks, a premier motion picture company, significant television production operations, a leading television stations group, world-renowned theme parks, and a suite of leading Internet-based businesses. NBCUniversal is a subsidiary of Comcast Corporation.
Back to the Future Toyota 4x4