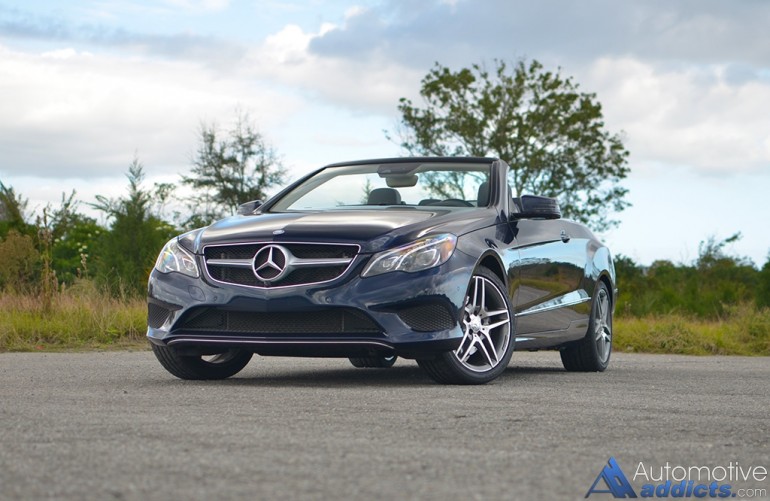 In the vast lineup of vehicles that Mercedes-Benz offers consumers, the E Class signifies a steady hand for the brand’s presence in the midsized segment. Apart from the E Class sedan, Mercedes continues to offer an alternative to the normal 4-door formula with the E Class Cabriolet with its soft-top convertible form now available in a twin-turbo V6-powered variation. Following a styling update for the 2014 model year, the 2015 E400 Cabriolet gets the same reworked treatment from its E Class sedan and coupe siblings. The styling updates mostly include a refreshed front and rear end look encapsulating a full array of advanced and LED exterior lighting including adaptive LED headlights.

The driving traits of the E400 Cabriolet follow much of the same that can be had in the E400 Sedan, featuring a Direct-Injection Biturbo V6 engine with 329 horsepower and a healthy 354 lb-ft of torque. The turbo engine is mated to the traditional 7-speed automatic transmission serving as a capable direct-shifting workhorse for most of the Mercedes line. In its Eco mode with 2nd gear starts and through the use of the aggressive start-stop system, the E400 Cabriolet gets a respectable EPA estimated 20 mpg city, 29 mpg highway and 24 mpg combined. I was able to nearly meet those figures only missing it on the highway by about one mpg. The E400 Cabriolet drives soft and somewhat limits the assurance needed to push it harder but never feels overly floaty or unbalanced despite the additional weight carried around from its body reinforcements and power folding soft-top. With the use of an open differential, the E400 Cabriolet will seldom spin one wheel at a time from the thrusting torque. This makes anything outside of legal driving on local roads and highways a risky adventure as the E400 Cabriolet isn’t up to the task for heavy track duties. Most of the way the E400 Cabriolet drives is predictable in a good sense. The ride compliance keeps its composure and exudes a rather smooth and stable feeling. The quick electric-assisted steering rack makes maneuvering tight spaces a simple act, even more so through the use of the high-resolution 360-degree camera system. The midrange of the rpm band moves the E400 Cab along well with enough grunt to make it to 60 mph from a standstill in about 6.3 seconds. Mercedes-Benz has a traditional sense of equipping the full line with the same dashboard layout hardly ever departing from a formula that has been agreeable with its consumer base. The E400 Cabriolet is no different, only escaping ever so slightly with its power folding soft-top that takes about 20 seconds to open or close and allow you to do so while you are driving up to 25 mph. With the top up, the E400 Cabriolet is surprisingly quiet while the luxury creature comforts, such as the heating AIRSCARF system and heated/ventilated front seats help keep your comfort level at a desirable point no matter the outside temperature. The seating proportions up front are ideal with ample adjustability in the power active perforated leather seats. Out back the storyline takes a turn with limited space – just enough for two small adults or children. However, a normal-sized adult could find room in the rear seats provided the front seat occupants have short legs and can move the seats forward to open up much-needed legroom. The cargo capacity tends to follow suit when the top is down only allowing up to 8.8 cubic feet of storage. With the top left up you have about 11.5 cubic feet, just enough for a few medium-to-large travel bags. While the E Class is offered in several trim levels, the Cabriolet can only be had in the E400 or E550 (402-horsepower BiTurbo V8) trims. My E400 Cabriolet is nearly an instant classic with its classy looks and soft approach. The desirability of the E400 Cabriolet can be summed up as a go-to for a tightly knit luxury convertible package. With a long list of available features and option packages, the E400 Cabriolet can easily find its way climbing to nearly $78 grand without trying very hard. As such, my nearly loaded 2015 Mercedes-Benz E400 Cabriolet test vehicle had room for a couple additional option packages yet still managed to have an as-tested price of $72,930 (base price is $62,250). For those who must have the luxury opulence and performance that the E400 brings to the table, the price may be justifiable. 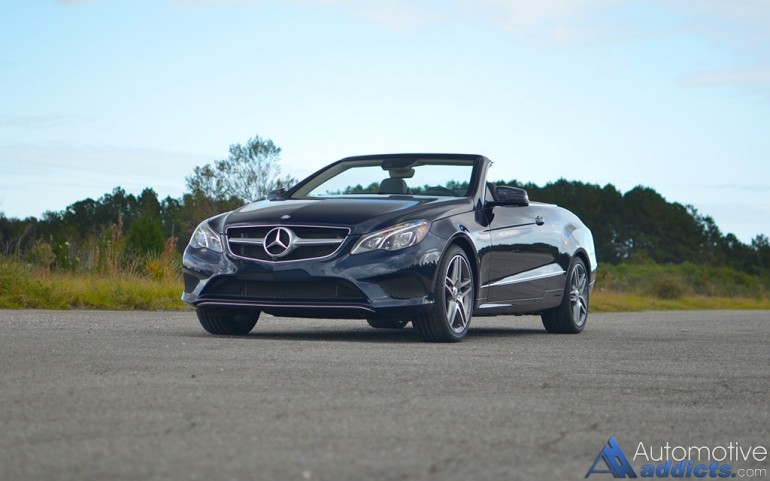 There are other luxury convertible competitors that cost at least $10,000 to $15,000 less for the nearly the same equipment list, but you won’t have that prestigious three-pointed star on the grill, which costs $500 to have it illuminated. To some, that long-touted prestige alone is worth the full price of admission. After spending a week with the 2015 Mercedes-Benz E400 Cabriolet, I almost get it, almost.