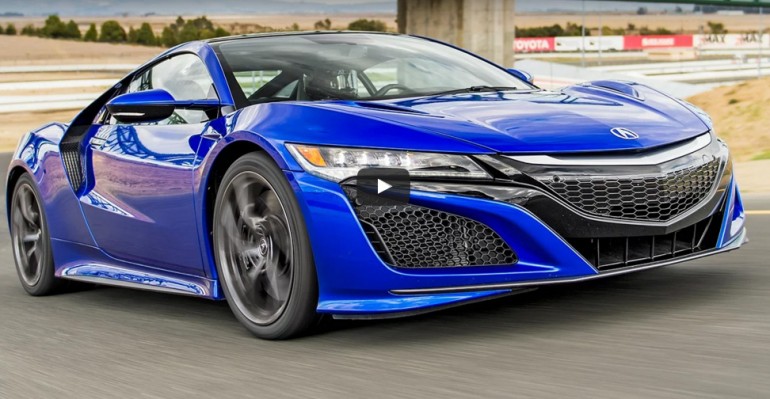 Interestingly enough, Motor Trend titles their latest Ignition episode featuring the new 2017 Acura NSX “The Slowest Supercar in the World.” While some could already conclude that is the whole case, there’s much more to the full story than their title signifies – in fact, it’s not exactly what you think. It’s somewhat relative to its development TIME to completed production form instead of how FAST it is on a street or track.

The 2017 Acura NSX pits a no-lag hybrid powertrain (three electric motors and a 500-hp twin-turbo V6) pumping out a total of 573 horsepower directed through a 9-speed dual-clutch transmission to power all four wheels.

As far as the slow part, yeah, it’s NOT. Zero to 60 mph in 2.9 seconds and a top speed of 191 mph. To get the full scoop of the new Acura NSX from the mouth of the cheeky Jason Cammisa, check out the video below.

Sign us up for this “Slow” supercar – that isn’t really slow.