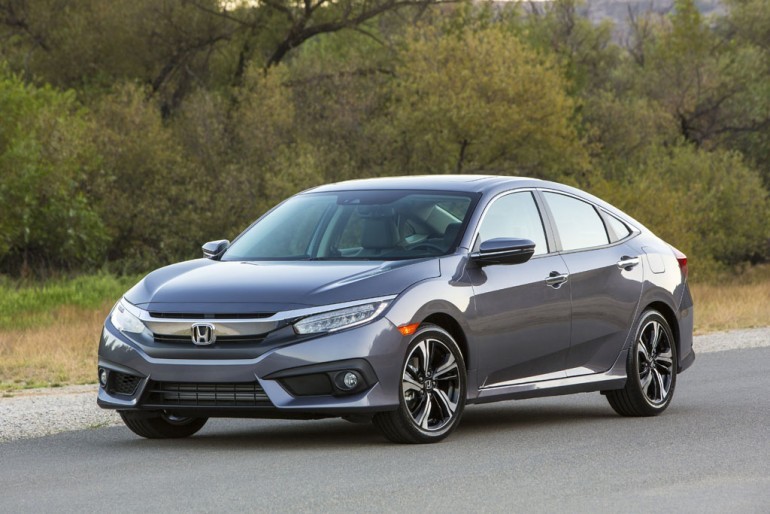 The competition was tight and only two vehicles could be crowned winners this year.

The all-new 2016 Honda Civic and Volvo XC90 have won the 2016 North American Car and Truck/Utility of the Year award announced this morning at Detroit Auto Show. While we basically called the winners here at the AutomotiveAddicts.com office, the new 2016 Honda Civic is certainly deserving of a crown as it has is a segment-busting vehicle that pits decent performance, several active safety features, stylish looks, and an agreeable interior with plentiful room to boot at the forefront. 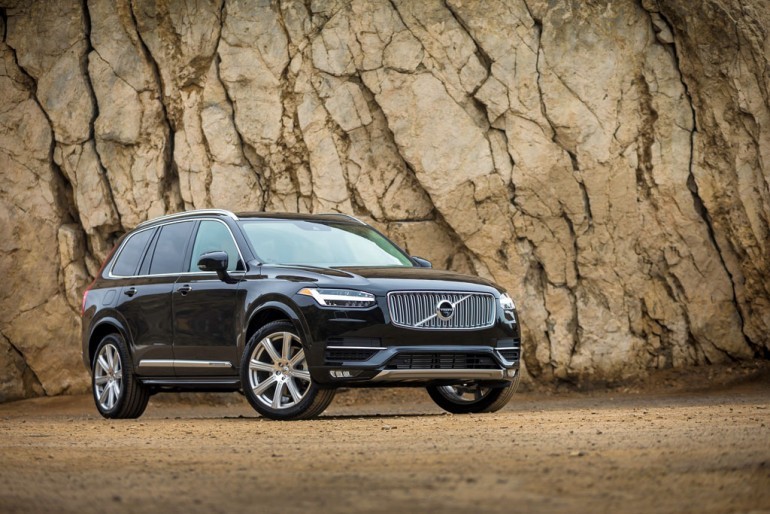 When it comes to the best that 2016 has to offer for a new Truck or SUV, the Volvo XC90 rises above the competition coming out of nowhere as some of Volvo’s best efforts in all that America wants in an SUV.

Congratulations to both Honda and Volvo this year!

Jan 11, 2016 – DETROIT  — The all-new 2016 Honda Civic has earned the prestigious 2016 North American Car of the Year Award. This win for the Civic is the second for the model in the award’s history, following a win for the 2006 Civic a decade ago when it shared the stage with the 2006 Ridgeline, winner of that year’s Truck of the Year award. In total, eleven Honda models have been named “finalists” for NACOTY awards since their inception in 1994, the most of any brand outside of the Detroit Big 3 automakers.

“The all-new Civic was developed and is built in North America, making this North American Car of the Year win even sweeter,” said Jeff Conrad, Honda Division senior vice president and general manager. “Civic is a cornerstone of the Honda lineup, and we’re delighted that the automotive press has recognized the new levels of styling, performance, advanced technology, safety and value that characterize the new Civic.”

The North American Car of the Year Award is given by a group of 53 international automotive journalists. The award is unique because instead of being given by a single publication, radio or television station, it is given by automotive journalists from the United States and Canada. Presented each year at the opening of the North American International Auto Show in Detroit, it recognizes the most outstanding car of the year based on factors including innovation, design, safety performance, handling, driver satisfaction and value.

Truly all-new, the 2016 Civic features a new vehicle architecture; sporty and sophisticated new interior and exterior styling; a more spacious and high-quality cabin; two advanced new engines; and a host of new available premium features and technologies, including the first application of both Apple CarPlay®1 and Android Auto™2 in a compact car sold anywhere in the world. Further, with the addition of Honda Sensing™ safety and driver-assistive technologies and the first application of Honda turbo engine technology to Civic, the 2016 Civic offers buyers a wider range of options than ever before.

About Honda
Honda offers a complete lineup of cars and trucks through a network of more than 1,000 dealerships in the United States. In 2014, Honda celebrated its 20 millionth vehicle produced in the U.S., using domestic and globally sourced parts. Honda currently operates 16 major manufacturing facilities in North America, producing a wide range of Honda automobiles, all-terrain vehicles, power equipment products, engines and transmissions.

1 Apple CarPlay is a registered trademark of Apple Inc.
2 Android and Android Auto are trademarks of Google Inc.

Fifty-three automotive journalists from the United States and Canada voted for the luxury SUV for being a benchmark in its segment, based on factors including innovation, comfort, design, safety, handling, driver satisfaction and value for the dollar.

“We are absolutely thrilled that the XC90 has won this prestigious and most respected award,” said Lex Kerssemakers, President and CEO of Volvo Car USA, “and there is a lot more to come. By 2019 Volvo will have a totally renewed product portfolio. By then the all-new XC90 will be the oldest car in the showroom.”

It is the second time the XC90 has won the North American Truck of the Year award. The first was in 2003, when the vehicle was originally introduced.

“The XC90 is a past winner of our award,” said Tony Swan, a 23-year member of the North American Car and Truck of the Year Jury. “That vehicle was obviously outstanding, but the new XC90’s blend of advanced technology, performance and craftsmanship stands out even more, against much more sophisticated competition.”

The Volvo XC90 features all new platform, powertrain and semi-autonomous driving technologies that set a new standard for the luxury SUV segment. It is available in five or seven-passenger, front or all-wheel-drive configurations with powerful and efficient 250- or 316-horsepower turbocharged and dual-charged engines that can deliver up to an EPA rated 25 MPG. The XC90 is also be available with a 400-horsepower, 53 MPGe hybrid electric powertrain, making it the world’s first seven passenger Plug-in Hybrid Electric Vehicle (PHEV).

All XC90s feature Volvo’s award-winning Sensus infotainment system, which centers on an intuitive, tablet-like touch screen that puts all of the vehicle’s systems and functions at the driver’s fingertips. Volvo City Safety, which includes Pedestrian Detection with Automatic Emergency Braking, automatically applies the brakes should a collision be imminent, is also standard. The available Pilot Assist semi-autonomous driving system will control vehicle speed and direction at speeds up to 30 MPH. Prices start at $43,900.

About the North American Car and Truck of the Year awards

The North American Car and Truck of the Year awards – now in their 23rd year – are unique in the United States because instead of being given by a single media outlet they are awarded by an independent group of automotive journalists from the United States and Canada who represent magazines, television, radio, newspapers and web sites.