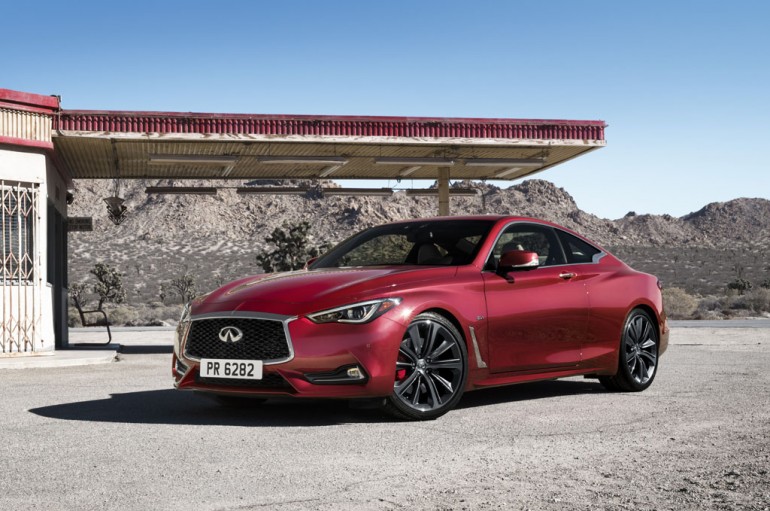 Infiniti has promised and delivered a redesigned Q60 Sports Coupe featuring a twin-turbo 3.0-liter V6 engine with 400 horsepower. The Q60 will be placed alongside of its Q50 counterpart and we look to see this same tasteful 400-horsepower twin turbo engine in other vehicles, such as the Q50. 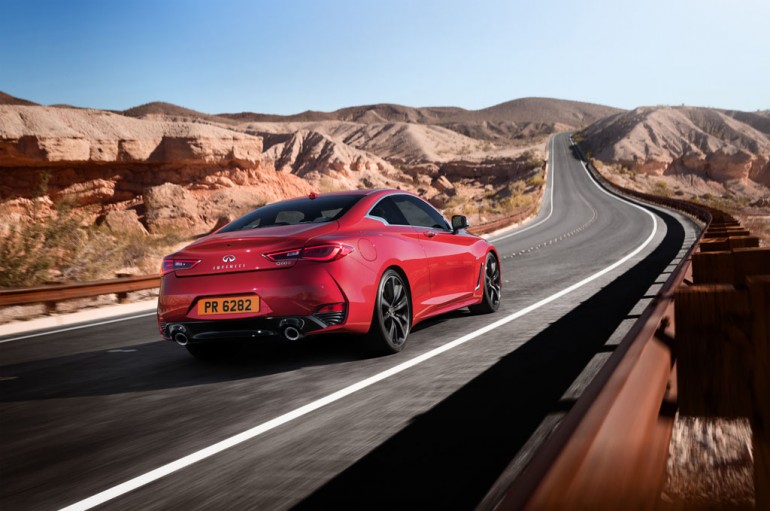 DETROIT – Infiniti has unveiled the new Q60 sports coupe at the 2016 North American International Auto Show (NAIAS) in Detroit. Designed and engineered to perform, the Q60 offers a compelling combination of daring design and exhilarating performance and dynamics.

The bold exterior of the Q60 expresses a powerful elegance through its expressive proportions and taut, muscular lines. The sports coupe maintains the distinctive lines and sharp angles of the original concept, first revealed at the NAIAS one year ago.

The Q60 delivers a truly engaging experience, thanks to Infiniti’s unique balance of ride comfort and agile handling. Maximizing this balance is Infiniti’s new optional Dynamic Digital Suspension, which has been engineered to provide crisp handling responses and superior ride comfort.

Power is channeled through the Q60’s rear wheels for an emphatic dynamic response. Infiniti’s available second-generation Direct Adaptive Steering brings improved levels of steering feel and feedback to the Q60, and the Drive Mode Selector gives drivers the option to personalize the steering’s precise responses to suit their preferences.

Roland Krueger, president, Infiniti Motor Company Ltd., added: “The Infiniti Q60 conveys a powerful elegance through its daring design, next-generation ride and handling technologies, and powertrains offering up to 400 horsepower. The Q60 will attract new customers to the Infiniti brand and affirm our position in the sports coupe segment.”

The world premiere of the new Q60 sports coupe comes at a time of rapid growth for Infiniti, released in the midst of an intense global product offensive. Infiniti sold a record 215,250 new vehicles in 2015, a year-over-year increase of 16 percent.

Alongside the Q60 at the 2016 NAIAS, Infiniti has revealed upgraded versions of the Q50 sports sedan and the QX60 crossover. The launch of these three models highlights Infiniti’s commitment to expand and refresh its product portfolio.