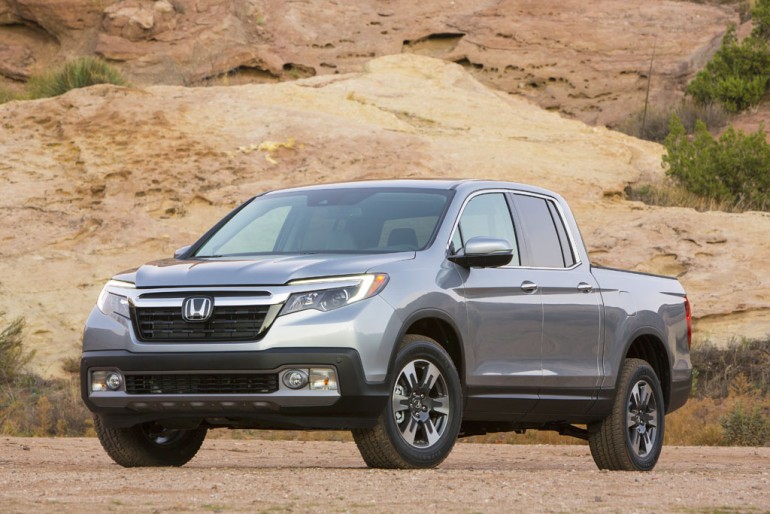 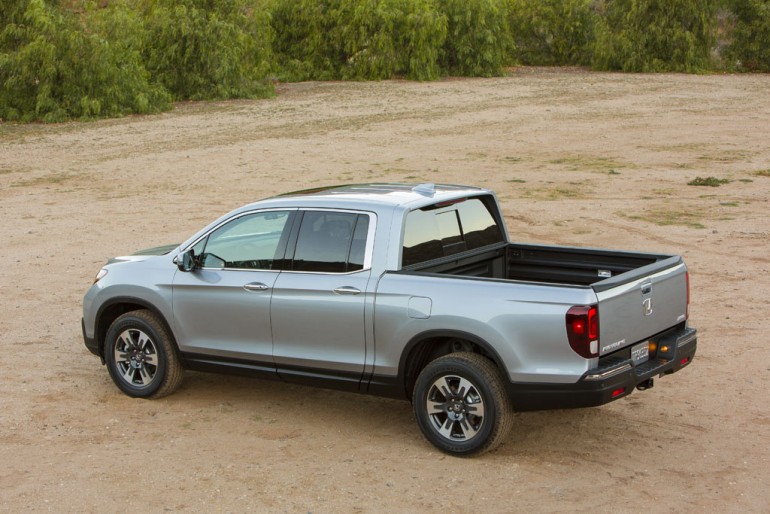 “We are bringing our unique technology and original thinking to the market in a new and challenging concept for a Honda pickup,” said John Mendel, executive vice president of American Honda Motor Co., Inc. “We think we’ve got a better idea, a truck that uses its unibody construction and Honda packaging magic to deliver more of the things that many of today’s truck customers want and need with none of the things they don’t.”

Designed, developed and manufactured in America, the new Ridgeline will launch in the first half of 2016 with a combination of features and capabilities unlike anything else on the market today, including:

Sophisticated, Versatile and Spacious Cabin
Inside, the Ridgeline boasts the largest, most versatile and sophisticated cabin in a midsize 4-door pickup, featuring high-grade materials and finishes, available leather trim and all the latest technologies that Honda has to offer, including tri-zone climate control, push button start, a full-color TFT center meter and available 8-inch Display Audio touchscreen with Apple Car Play and Android Auto compatibility.

The Ridgeline’s 60/40-split and folding second-row seat provides the ultimate versatility for people- and cargo-hauling utility. With the seats folded down, the Ridgeline will comfortably carry up to five people while still accommodating long items, like a set of golf clubs, under the rear seat. Folding up one or both sides of the 60/40-split seat bottom opens up the back to carry tall and bulky items.

A Bed Like No Other
The Ridgeline bed offers pickup users unmatched versatility in a midsize 4-door pickup. At 5′ wide and 5’4″ long (5.4 inches wider and 4 inches longer than the previous generation Ridgeline), the 2017 Honda Ridgeline has the only 4-foot wide flat bed space (with 48 inches between the rear wheel arches) in the midsize pickup class, allowing for flat hauling of items like plywood sheeting or drywall. The Ridgeline will also offer payload capacity rivaling top competitors, approaching 1,600 pounds, with final specifications to be released closer to launch.

The Ridgeline’s standard, lockable In-Bed Trunk provides secure storage space with no compromise to bed utility and now features a fully flat floor while still including a drain plug for easier cleaning and evacuation of water from the trunk. The dual action tailgate is hinged both at the bottom and along its left side, opening down or to the side, which enables easier loading and unloading of heavy and bulky items without having to reach over the open tailgate. The bed also features eight 350-pound tie down cleats and an available 400-watt power inverter, located behind an access panel in the right bed wall, with the capacity to recharge power tools or energize a tailgate blender or flat screen TV.

A first for any pickup, the new in-bed audio system, together with the In-Bed Trunk and available 400-watt power inverter, makes Ridgeline the ultimate tailgating vehicle. The new in-bed audio system utilizes six exciters located inside the bed walls, in place of conventional speakers, pumping out sound from the Ridgeline’s audio head unit, with up to 540 watts of power.

Ridgeline Development and Manufacturing
Like the first generation Honda Ridgeline, the all-new 2017 Ridgeline was designed and developed by Honda R&D Americas and will be produced by Honda Manufacturing of Alabama in Lincoln, Alabama.

About the Honda Light Truck Lineup
Honda set an all-time record for U.S. sales of light truck models in 2015, up nearly 12% from 2014 to 661,188 SUVs, CUVs, pickups and minivans, and besting the previous record of 602,123 Honda-brand light trucks sold in 2006.  Honda’s sales success was driven by an unprecedented cadence of new light truck offerings starting in the fall of 2014 with the freshened 2015 Honda CR-V, which was named Motor Trend 2016 Sport Utility of the Year and was America’s best selling SUV again in 2015. In 2015, Honda launched the all-new HR-V crossover and the third generation Pilot SUV. In December, the Pilot was names as a finalist for the 2016 North American Truck/Utility of the Year award.

In 2016, Honda will continue the fortification of its light-truck family of vehicles with the new Ridgeline and a fully redesigned Odyssey minivan. Honda was named the “2016 Best SUV Brand” by U.S. News and World Report, and the Pilot, CR-V, HR-V and Odyssey each has earned a “Best Buy” award from Kelly Blue Book for 2016.  The 2016 Pilot and CR-V have received a TOP SAFETY PICK+ rating from the Insurance Institute for Highway Safety for model year 2016, while the 2016 Odyssey minivan has earned a TOP SAFETY PICKrating.