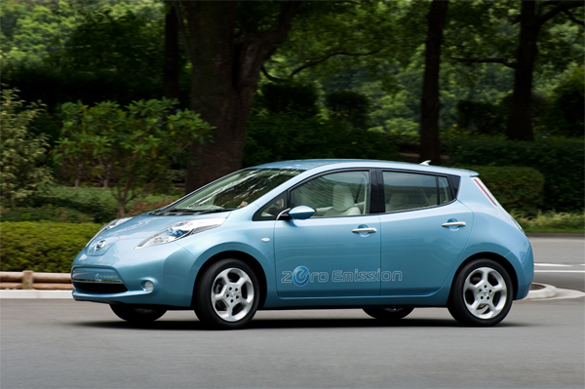 Could it be that the EV race is on? Will other automotive manufacturers such as Toyota, Honda and Nissan battle it out with GM’s Chevrolet to better the new Chevy Volts claimed 230 Miles Per Gallon estimate? It would appear to be that way because according to the NissanEV’s Twitter account, the new Nissan EV will sport a 367 mpg figure which was derived using the Department of Energy formula. Funny, because the Nissan EV has no tail-pipe and does not use gasoline… so what gives?

NissanEVs Twitter post: “Nissan Leaf = 367 mpg, no tailpipe, and no gas required. Oh yeah, and it’ll be affordable too!”

Either way, the fight will continue as we see more and more automotive manufacturers come out of the wood-works and attempt to say they have the better MPG figure from an upcoming vehicle. No matter, all of these figures are hear-say until the EPA does its thing and we get some concrete numbers. Let the fun begin!!!