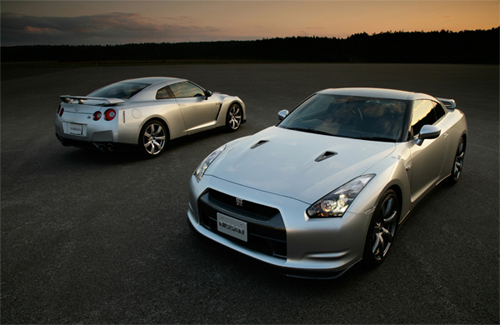 Its official, Japan’s Godzilla has taken over. The Nissan GT-R has been announced as the Motor Trend Car of the Year! We all know the Nissan GT-R is one of the most talked about sports, ahhh— “super-cars” this year. While the GT-R has broken records up and down the automotive performance spectrum it has truly been a benchmark setter for cars yet to come.

Remember when the BMW 3-Series use to win all of those awards year after year. Everyone wanted to follow suit and build a car the modeled after the BMW. Well, this time, I am not sure if many auto makers will be able to follow the GT-R or let-alone, keep up with it. Of course you can find a few cars to outperform the GT-R in a straight line but would be hard pressed to find a production vehicle to top its Nurburgring record.

Performance and transmission failures aside, the Nissan GT-R has changed the practically of the automotive world. This is a car similar to what we thought of the BMW M3 to be, jump in it to commute to work, load up a full set of golf clubs to play with your buddies, and lay down some serious whoop-ass on the track any place and anytime.