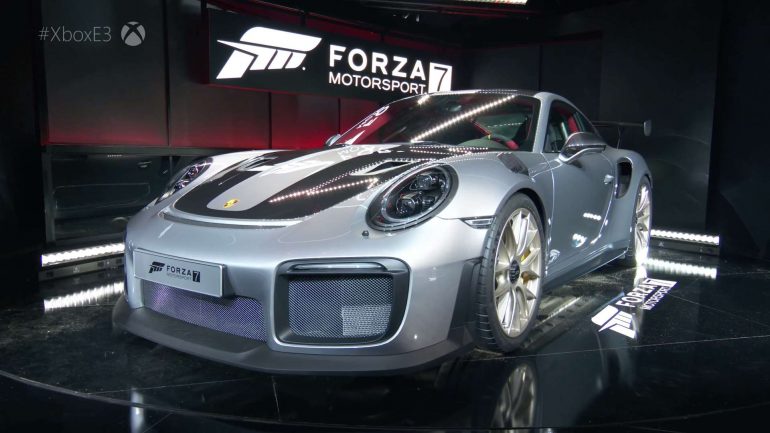 With Microsoft announcing the new Xbox One X at E3 this week, which features HDR, native 4K resolution at a full 60 frames-per-second, backwards compatibility with all Xbox One games/accessories, and 40% more processing power over its processor – the new Porsche 911 GT2 RS gets revealed at the same time to usher in the release of the Forza Motorsport 7 video game. 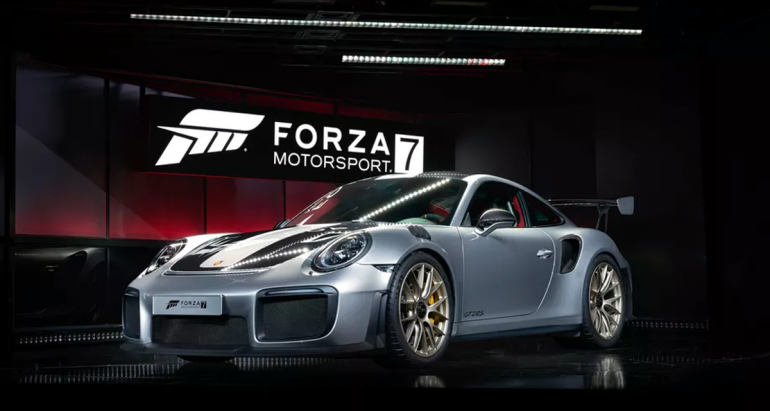 The clever release of the new 2018 Porsche 911 GT2 RS, touted as the most powerful 911 EVER, is the new cover for the Forza 7 video game that will be exclusive to the Xbox One X. It only made sense to simultaneously release all three items, including the Xbox One X, Forza Motorsport 7, and the new Porsche 911 GT2 RS – a highly anticipated vehicle that will for sure dominate the supercar realm both in real life and on your new 4K video screen connected to Microsoft’s Xbox One X.

Want to get the latest news, trailers and info on the upcoming Forza 8 game? Our friends at Drifted have the scoop in their Forza 8 page.