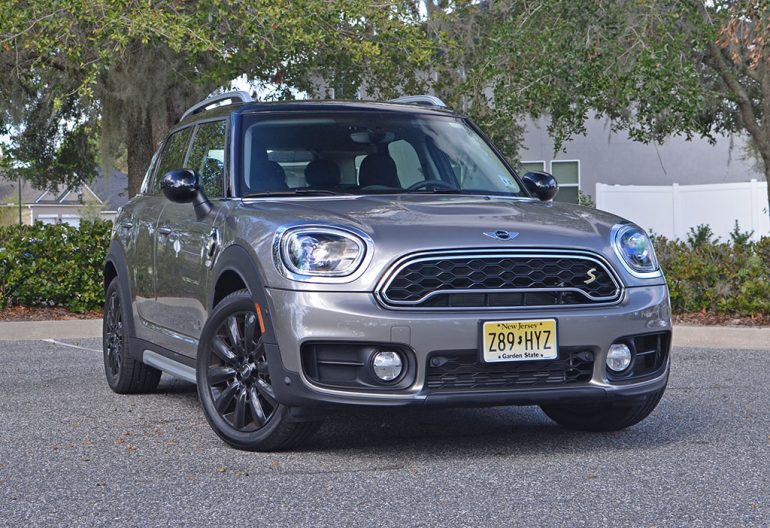 While we cannot deny that we’re living in a new automotive golden age where we have the fortunate pickings of just about any type of vehicle that you can imagine, from Hellcats to Hybrids, many automakers are attempting to keep such a movement going by offering a little bit of everything. BMW’s MINI brand, thought as an unlikely candidate to get into the Hybrid powertrain game, has jumped into the business of offering a plug-in hybrid vehicle in the new Mini Cooper S E Countryman.

>> Get the best price on the MINI Countryman from a network of local dealers now. << 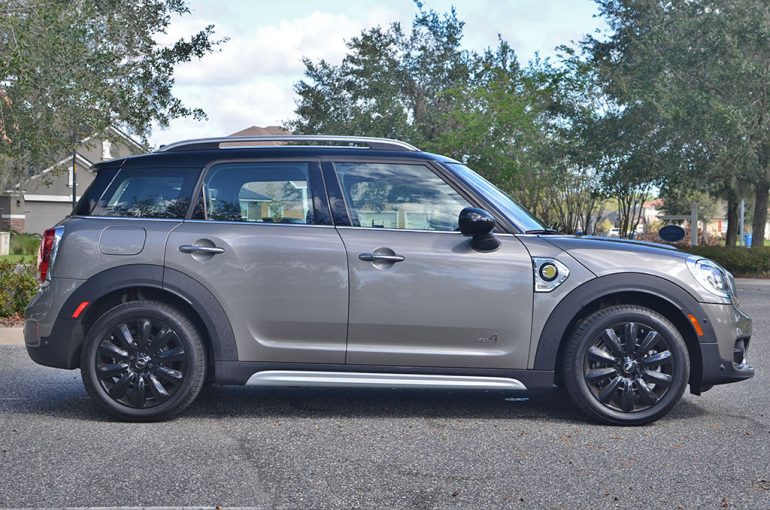 The new 2018 Mini Cooper S E Countryman ALL4 is the lucky contestant to be injected with the latest of BMWs hybrid tech with the versatility of being able to charge its pack from your home outlet or by the power mustered out by its petrol 3-cylinder engine. 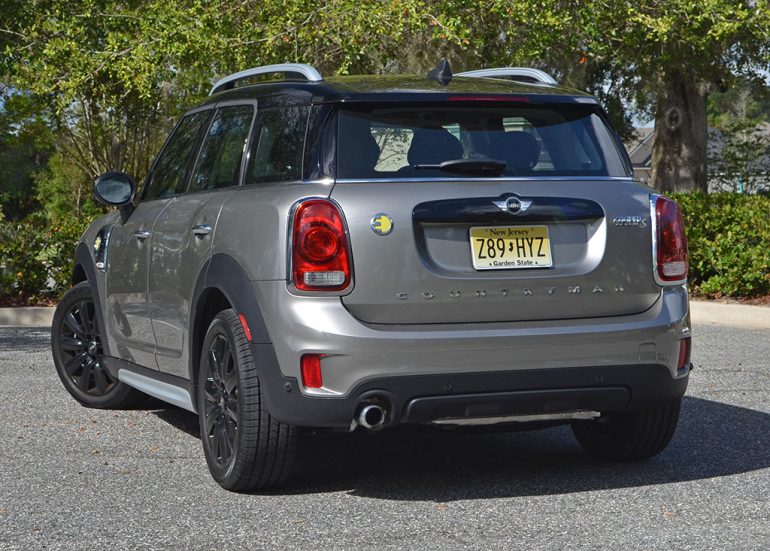 While the Mini Cooper S E Countryman ALL4 is the very first plugin-hybrid from the brand, the tech is an evolved hodgepodge from the BMW brand found in more robust configurations through the vast lineup of plug-in hybrid vehicles birthed out of Bavaria. Use of such proven tech, while in much smaller proportions, afford the MINI to be quite the competent city-traveler for the fuel-sipping conscious crowd. 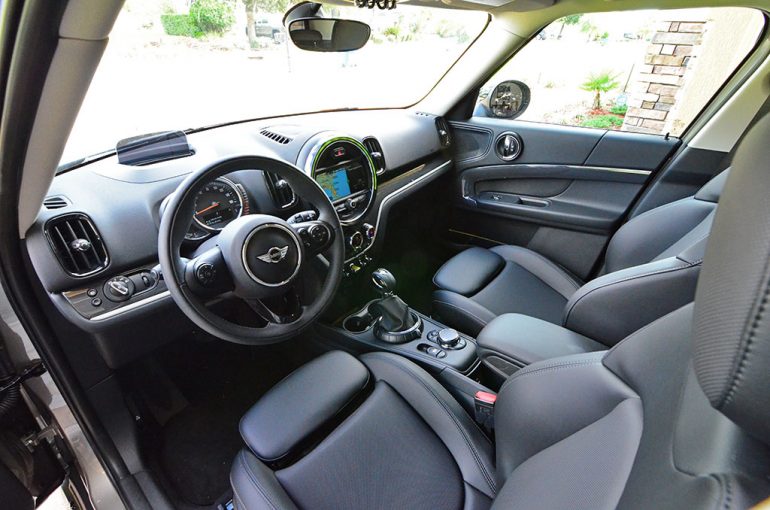 Using a smallish 1.5-liter 3-cylinder turbocharged engine with 134-horsepower and a 65-kilowatt/87-horsepower electric motor setup that sends power to all four wheels by way of a 6-speed automatic transmission makes for an interesting hodgepodge of German ingenuity. Working together the plug-in hybrid system outputs a total of 221 horsepower and 284 ft-lbs of torque, which was just enough grunt to keep things interesting around town during my week-long test drive. Estimated by the manufacturer, 60 mph comes on at a peppy 6.7 seconds, but acceleration thereafter feels a bit lacking as the system appears to struggle move beyond highway speeds. I’m not to say that the forward momentum of the MINI Cooper plug-in hybrid was lackluster, it just somewhat falters up high around 65 mph and beyond. Most of the perceived demise of acceleration up high may be a few factors working against the MINI, such as its curb weight of 3,948 pounds and a beefy all-wheel-drive system potentially slowing things down all encased in a tall-statured and wind-catching body. 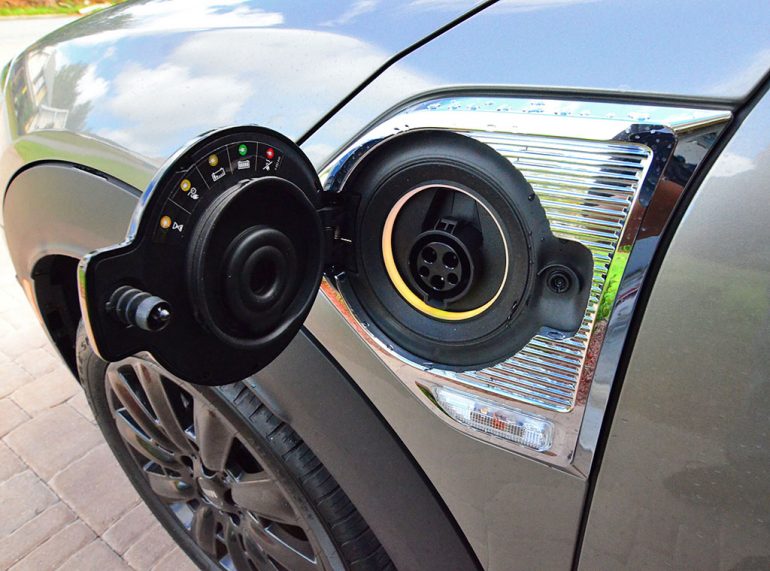 Overall, performance down low is ample and the instant torque from the electric motor aids in getting the Countryman Plug-in moving from a standstill with authority. The handling aspects of the MINI Countryman Plug-In appear to be at the mercy of the tires as the compliant suspension setup limits body roll but tends to go into understeer without warning. Use of the Sport mode livens things up a bit and utilizes the available power band of the turbocharged 3-cylinder engine when it’s spinning. The use of the electric motor only, which enables up to 12 miles of electric range from a fully-charged battery pack, is robust enough to get the Countryman up to 55 mph and maintain such a speed with light gas-pedal application. The electric motor tends to assist quite often and even will retain speeds as high as 78 mph in some cases. 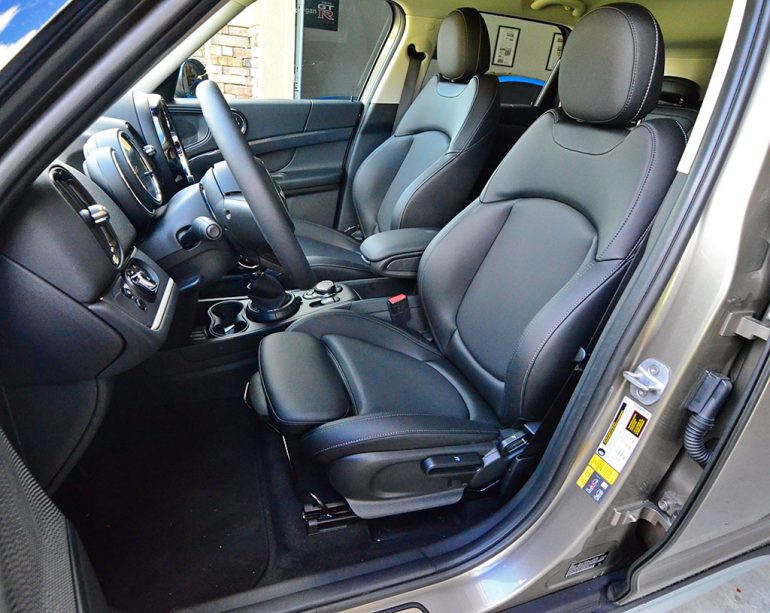 Through the use of three eDrive modes, the driver can decide to either use all-electric motor in the Max eDrive mode, save the current battery charge in the Save mode, or allow the computer to sort things out in the default Auto eDrive mode. Use of the Save mode is an interesting choice as it will charge the battery pack as you drive but at the expense of reduced fuel economy as there is more of a load placed on the engine. With the idea of using both a fully-charged battery and the premium fuel in the smallish 9.5-gallon tank, overall fuel economy can be as high as 65 MPGe combining highway and city driving. Where things start to get off of its purposed plug-in hybrid duty is using only gasoline without any additional battery charge, and you get an EPA estimated 27 mpg for combined highway and city driving, which is nearly the same as the normal gas-powered Cooper S Countryman. While such a figure isn’t all that bad, it falls short of my expectation considering the marketing angle of such a vehicle in the MINI brand. Still, conscious drivers who actively take advantage of the plug-in hybrid capabilities will be the only ones to truly benefit from the potential of such a vehicle, one that undeniably requires proactive steps to plug it in and select the appropriate eDrive mode based on your driving conditions. Fundamentally, the Max eDrive mode should be used in urban areas or inner-city travels reserving the Auto mode for highway and the Save mode when you expect to utilize the full electric mode on the highway just before your arrival to a city with slower traffic. Yes, the Mini Cooper S E Countryman ALL4 best side requires just that to extract it. Not to mention, if you don’t do it all the “right way,” you will never expect to get the expected combined fuel and electric range of around 270 miles. Not exactly the cross-country traveler here. 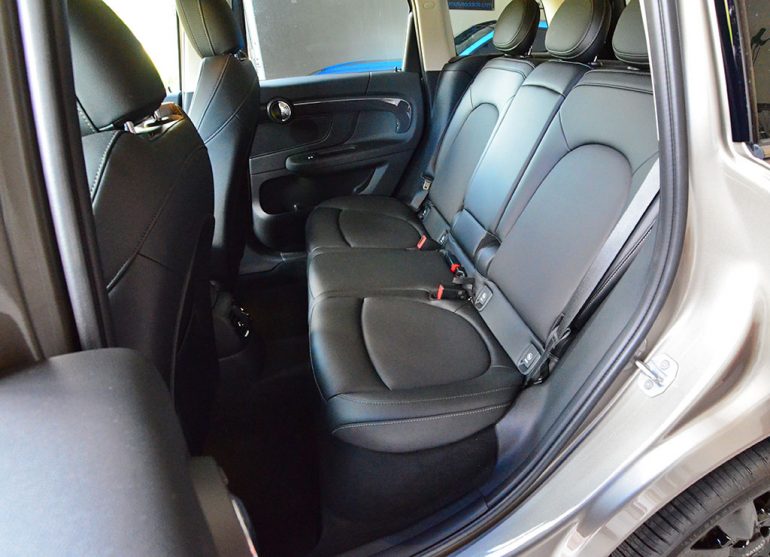 The other areas where the new MINI Cooper S E Countryman ALL4 excels is through its offered versatility found in the available cargo space, decent seating positions, and classic MINI looks. The Countryman’s formula has been much of a small crossover in stature and could be the quintessential SUV of MINI if you want to get technical about its proportions. The interior of the Cooper S E Countryman ALL4 appeals to many upon first glance with a good perception of build quality through the clever use of many plastic surfaces and a soft-touch dashboard. The few areas of soft-touch and cloth areas go a long way to avoid being overly cheap due to the abundance of plastics used throughout the cabin. Many of the controls are exclusive to the MINI character with several toggle switches and a redesigned version of BMW’s latest touch-screen iDrive system. The touch-screen addition makes use much easier and versatile with a redundancy of input controls through the traditional iDrive controller and high-resolution touch-screen. The classic dashboard cluster is retained following suit with the traditional MINI theme.

Getting to the bottom line of the MINI Cooper S E Countryman ALL4 is a nicely-equipped as-tested price tag of $39,700. At such a price point some will balk at the idea of having a plug-in hybrid that doesn’t far exceed the fuel consumption levels of its gas-powered counterparts. However, much of the pricing, slightly higher than most MINI offerings in the lineup, come with an expected proactive mindset that will ultimately utilize all that the plug-in Countryman has to offer to take advantage of its electric powertrain. With that, the MINI Cooper S E Countryman ALL4 isn’t for everyone. However, its execution is done brilliantly for those who are so ever inclined to charge up the battery through the wall or when driving to get the best bang out of the most technologically advanced MINI Cooper ever created.

>> Get the best price on the MINI Countryman from a network of local dealers now. <<