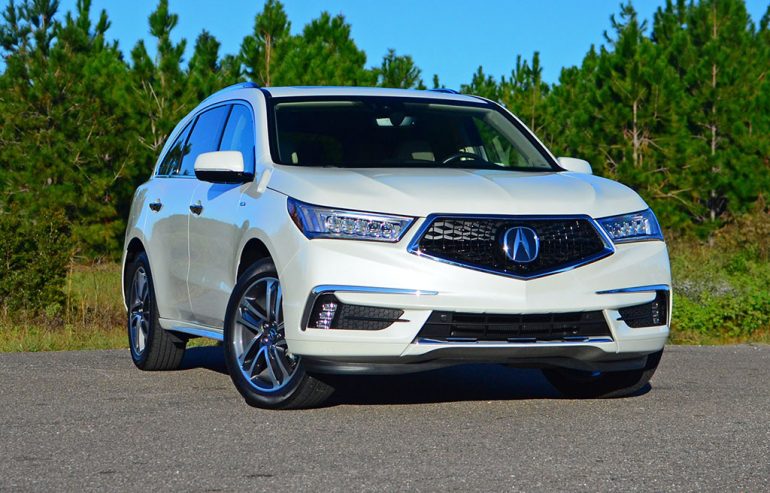 In the recent few years, new life has been injected into the Acura brand not only with their NSX supercar but a new design language and advancements within the lineup to captivate a broader audience. Without departing far from tradition in what has worked well with the brand, Acura keeps things mostly conservative when it comes to their newest MDX crossover in its latest Sport Hybrid trim. 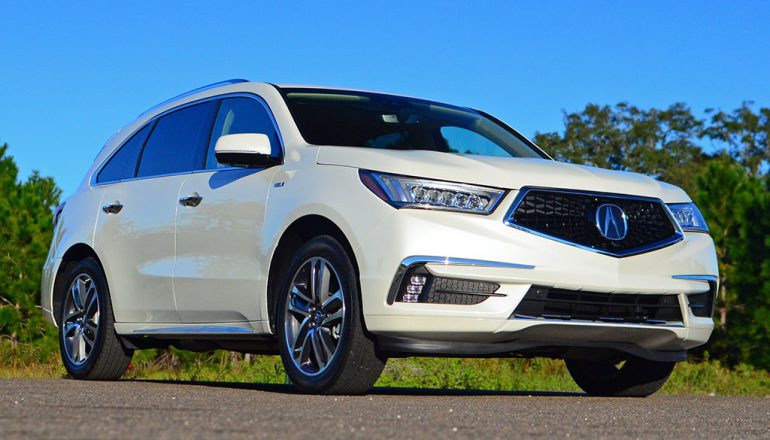 The new 2017 Acura MDX Sport Hybrid builds upon the non-hybrid MDX from its styling update to add more power and efficiency to a package that has set record sales for its growing three-row crossover segment. Without much to differentiate the Sport Hybrid from the normal MDX, the Sport Hybrid thrives on a unique suspension setup, an SH-AWD system that relies on two electric motors to propel the rear wheels, and a hybrid drive setup good for EPA-estimated 26 mpg city and 27 mpg highway figures. 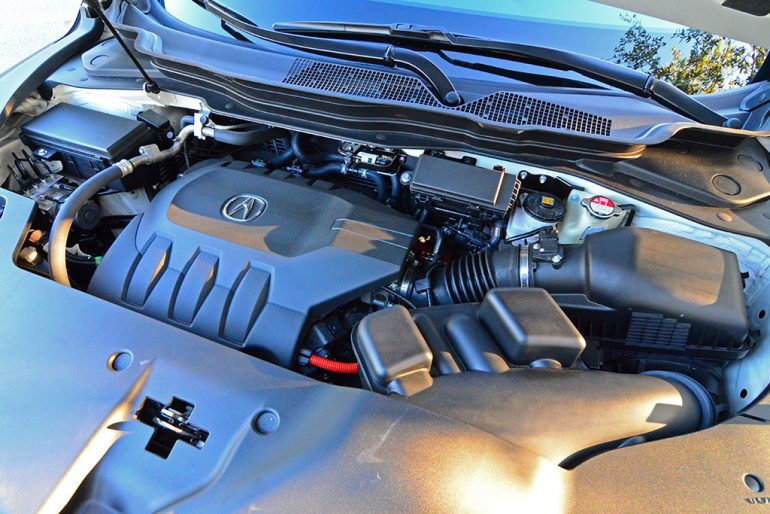 Powering the new Acura MDX Sport Hybrid is an entirely different setup from its non-hybrid brethren where the Hybrid gets a smaller engine, a 3.0-liter V6 engine conjoined to a single electric motor and two electric motors at the rear axle all good for a total output of 321 horsepower and 289 lb-ft of torque. The power delivery of the MDX Sport Hybrid is mostly smooth and somewhat more substantial than the normal MDX taking advantage of the instant torque from the electric motors and the direct feel of its 7-speed dual clutch transmission.

The overall driving character of the MDX Sport Hybrid departs somewhat from its non-hybrid sibling. Even though they both utilize gas, the Sport Hybrid does it in spirts sipping along where you can easily best its EPA consumption figures if you are at all tuned into how to benefit from the Hybrid system. In all, the system works much like those of the past but separates the drive axles leaving the front wheels connected to the engine and a single electric motor that is used as a generator while the rear axle is left to two electric motors for propulsion and generating power back to the battery pack. The formula of Acura’s long-touted SH-AWD (Super Handling All-Wheel-Drive) systems is well intact in the MDX Sport Hybrid with the ability to instantly alternate power to the proper wheel for better turn-in when accelerating or braking. Together, the hybrid system works seamlessly without much to differentiate between using only electric power and the gas engine other than the sound when the 3.0-liter V6 fires up. 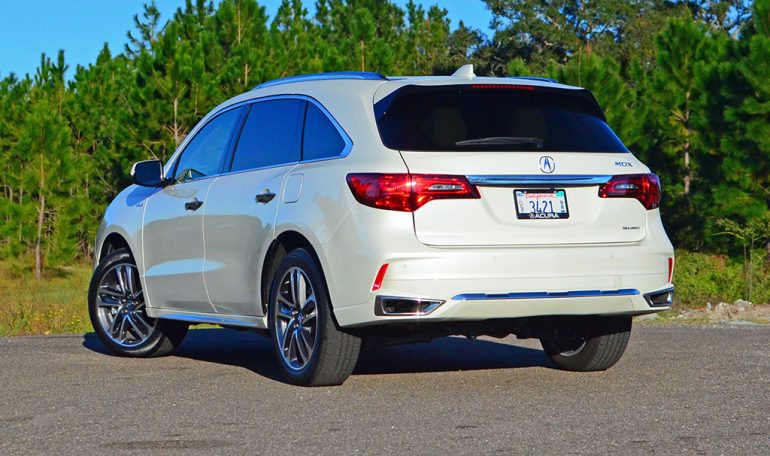 As far as usability, the MDX Sport Hybrid simplifies things where the driver gets a choice of four drive modes; comfort, normal, sport, and sport+, which modify the characteristics of steering effort, transmission behavior, throttle input, and modulation of the adaptive damper system – an exclusive feature for the Sport Hybrid. Each drive mode is a subtle change that is hardly noticed until you select Sport +, which is more reserved for those who ignore the “hybrid” benefits of the MDX Sport Hybrid where the transmission holds lower gears anticipating spirited driving. The use of a 7-speed dual clutch transmission affords a direct connection of the hybrid drivetrain yet feels a bit on the slow and soft side when shifting, quite the opposite of what enthusiasts expect from a dual-clutch unit. However, the 7-speed dual clutch does a good job to emulate a transmission with a torque converter with smooth shifts that hardly ever upset the power transition from one cog to the next. 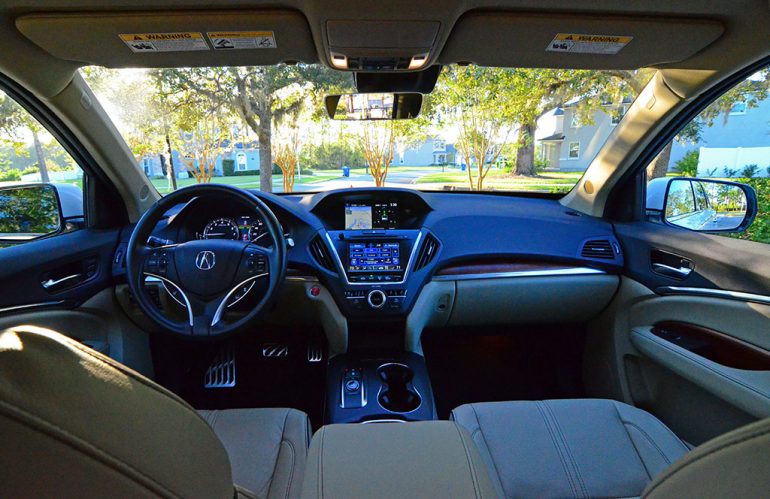 Some of my disappointment with the MDX Sport Hybrid, apart from small additional price that you pay to step into the Sport Hybrid trim over the non-hybrid MDX offerings, is it being slow-to-react to your throttle input. Most times I found that full-throttle applications from a stop or when cruising at lower speeds, the hybrid system needed an extra second to engage the proper gear and fire up the engine to get things moving to match your immediate demand of power. It could have been a fluke in the system’s programming, but it often occurred, which makes me lean more towards the non-hybrid MDX for my favorite pick. Still, the MDX Sport Hybrid proved to be the more compliant vehicle out of the MDX line considering its smooth and yielding ride quality at the hands of adaptive dampers. The dampers appear to make quick adjustments for a smooth and stable ride along with the SH-AWD system making it easier to maneuver around tight corners with surprising ease. Using a bit of smart right-foot-work and a conscious mind of allowing the MDX Sport Hybrid to use electric power alone at speed up to 55 mph, the hybrid system comes to life to shine brightly with respectable fuel consumption figures. At times I would get away with 29 mpg to nearly 33 mpg runs to the local corner store 8 miles from my house. Other times I would break into the lower figures with 24 mpg on average when attempting to keep up with my neighbors Porsche Cayman GT4 on the way to pick up my daughter from school. Either way, the MDX Sport Hybrid was surprisingly predictable and mostly consistent in its fuel consumption numbers. 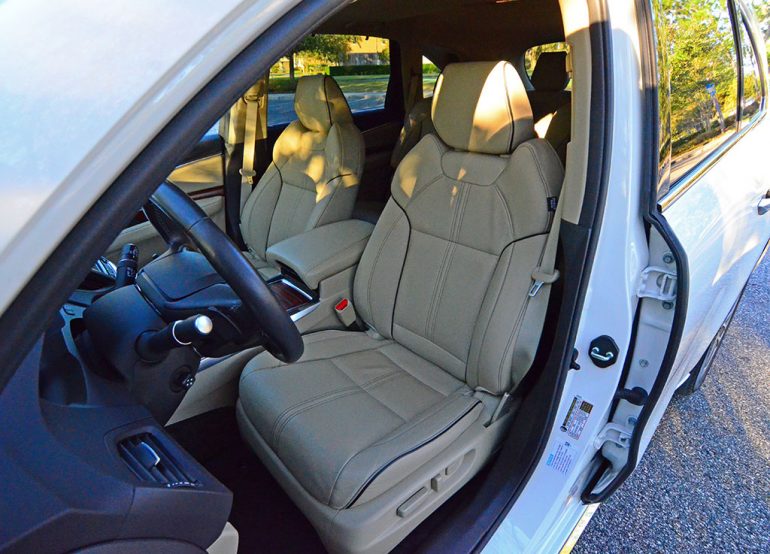 The appeal of the Acura MDX has long been more on the conservative side even when you consider its quest to appease luxury buyers. Most of what’s found inside the MDX is contemporary with luxury flares throughout but never rising to the level to match the luxury feel of its European 3-row luxury crossover competition. However, the MDX holds its own and opting for the MDX Sport Hybrid automatically combines the Technology package or the top-tier Advance package. The same equipment bundled into the non-hybrid MDX is found within each respective package but does not offer an Entertainment Package with the MDX Sport Hybrid trim. I covered much of the equipment in my review of the 2017 MDX SH-AWD Advanced w/Entertainment Package post here. 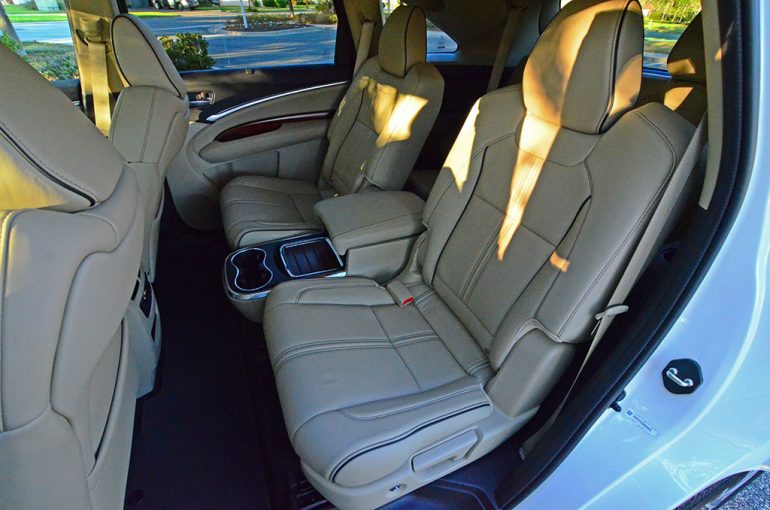 With the many advancements of available active safety tech, the expected bundling of desired features and luxury amenities found on the MDX, the MDX Sport Hybrid is one of the more desirable trim levels if you can foot the extra price of admission. The MDX Sport Hybrid Advanced with an as-tested price of $58,975, which is almost a $2-grand premium to be paid over a non-hybrid MDX Advanced Package vehicle. 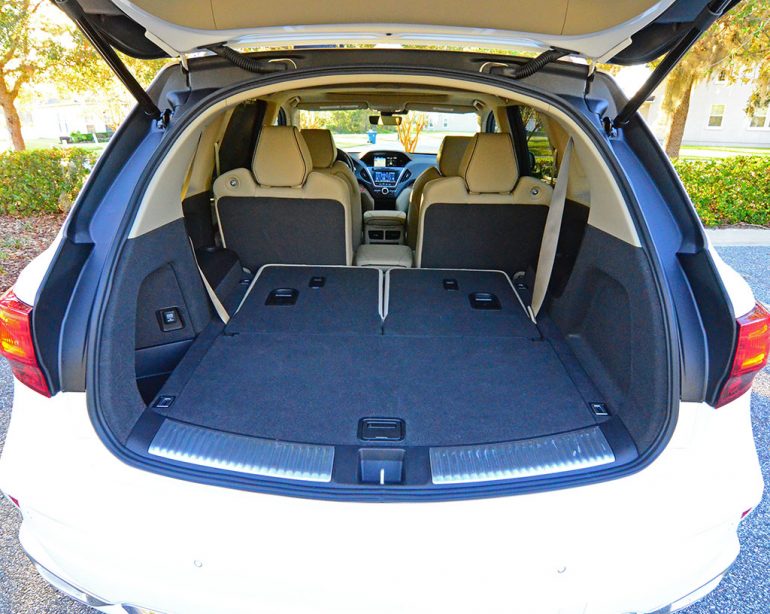