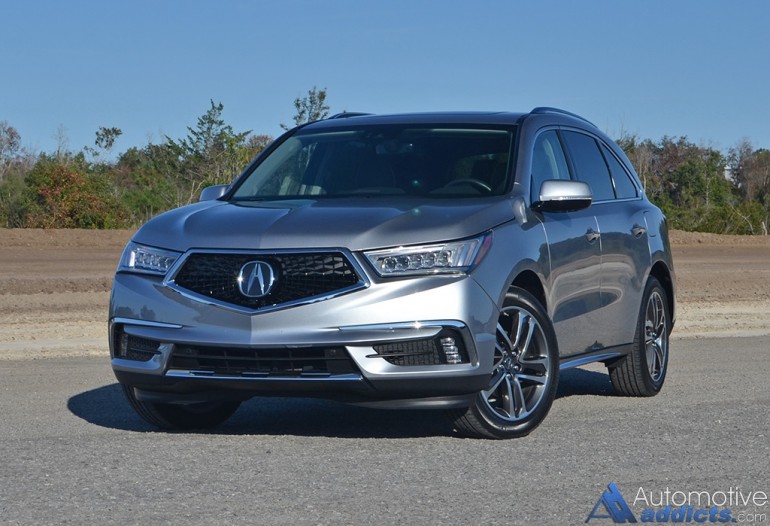 Acura has thrived on our American shores for many years and introduced to us one of the most sought-after luxury 3-row crossover SUVs. The Acura MDX has not only been the brand’s sales leader for many years, but it has set a newfound benchmark for mainstream 3-row SUVs and crossovers. In the land of American suburbs, the Acura MDX serves as a coveted selection among popularized crossovers capable of seating up to seven passengers in the comfort of luxury and usable utility, with admirable efficiency on multiple levels to boot. 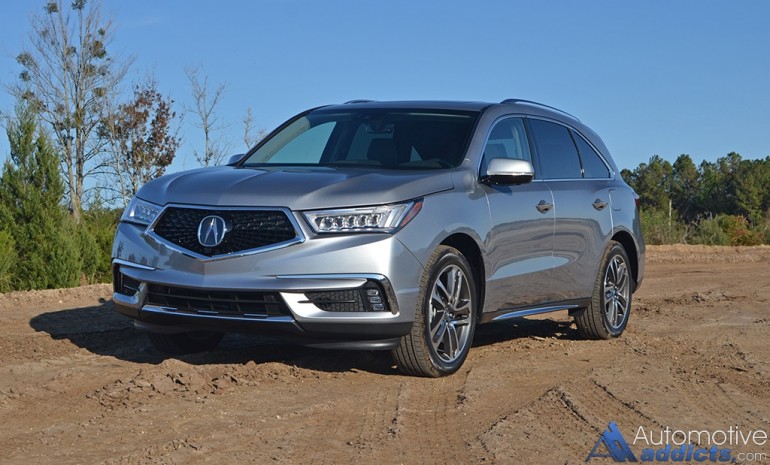 For the 2017 model year, the Acura MDX gets a few tweaks to improve upon an already well-perceived basis. The changes for 2017 include a newly styled front fascia with a grill that will mark the new signature for Acura in many forthcoming vehicles. Also added for 2017 is a slightly refreshed LED headlight design with automatic highbeams, capless fuel filler, additional USB ports, electronic parking brake and the AcuraWatch suite of safety features now come standard across all trims. The MDX also now gets the availability of second-row captain’s chairs, heated steering wheel, upgraded wood trim with to-the-touch graining, power-folding rearview mirrors, LED foglights, 20-inch wheels, and a welcomed 360-degree surround-view camera system.

The new 2017 Acura MDX retains its well-to-do direct-injection 3.5-liter V6 engine with 290 horsepower and 267 lb-ft of torque. The V6 gets mated to a 9-speed automatic transmission commanded by an array of pushbuttons on the dashboard floor console or steering wheel-mounted paddle shifters. The combination makes for an agreeable delivery of power when needed with the ability to run to 60 mph in 6.6 seconds from a dead stop. A new sport hybrid MDX will join the lineup later in the year that will exceed the stated EPA-estimates of 18 mpg city for my loaded up MDX SH-AWD Advanced and Entertainment package-equipped test vehicle. I was able to get about 25.4 mpg on the highway and about 17.2 mpg in the city, not far off of the EPA-estimated 18 mpg city and 26 mpg highway. The optional start-stop system that hopes to save fuel at stoplights to add to the city mileage, which can be momentarily disabled, is somewhat abrupt. Though, the system would warn preparing to restart the engine or display a notification when conditions were not ideal to pause the engine at full stop. 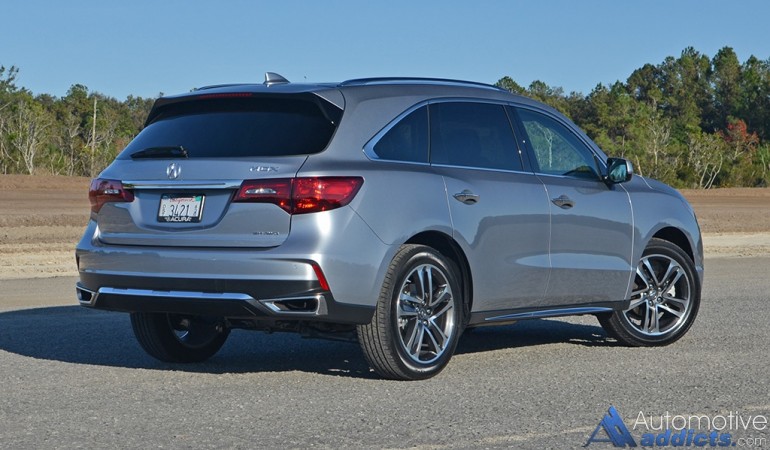 The new Acura MDX has won me over in many aspects starting with the way it drives. The V6 engine is powerful enough to get the job done and more, thanks to the 9-speed automatic transmission’s ability to keep the powerband within a short reach. The stability of the new MDX is well mannered hardly ever getting upset or imbalanced upon sharp turns or exits out of steep highway ramps. The engineering of Acura’s latest SH-AWD (Super Handling All-Wheel-Drive) system pays its merit to transition power to the wheels that need it most under slippery conditions or simple turns-ins on dry pavement. The Integrated Dynamics Mode, which can be set to Comfort, Normal, or Sport, varies the driving character to cleverly suite your driving style. The differences in settings are subtle. However, the Sport mode appears to transmit additional power to the rear wheels, advance the throttle input, limit the higher gear selections, and add steering effort to the mostly numb-feeling electric-assisted steering rack. There isn’t too much for driver’s to scratch their head over in the new MDX, which can be considered a good thing when you factor in its place as a mainstream luxury 3-row crossover. 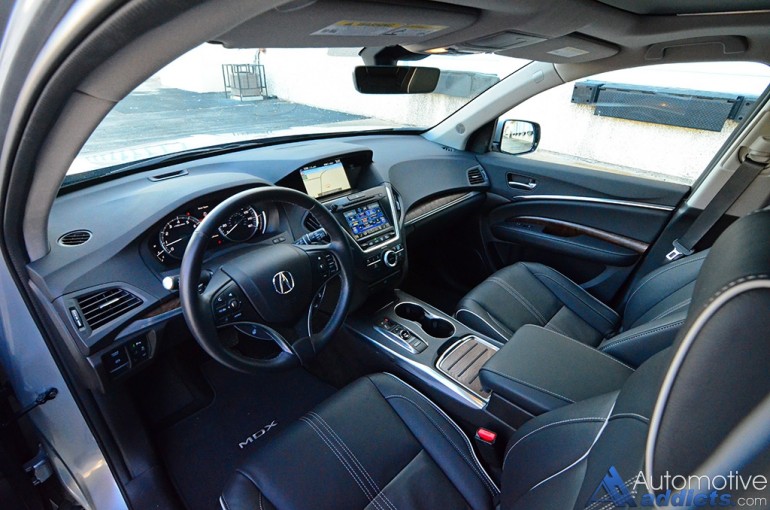 While Acura is a luxury brand, the 2017 MDX fulfills its promises of luxury appointments but without venturing into any outlandish appearances. With that, the interior of the new MDX takes on a rather visual flat tone when compared to many of its luxury competition when opt for my test vehicle’s monotone black interior. Still, the mundane appearance of the cabin doesn’t take away from the offer of several desirable luxury features, such as heated and ventilated front seats, heated second-row outboard seats, three-zone automatic climate controls, heated steering wheel, windshield heater, a massively-wide DVD entertainment screen for rear passengers, textured wood grain trim, and several soft-touch surfaces throughout. Acura’s continued use of the dual-screen infotainment system is a love-hate item. Though, its usability later becomes welcomed after you become acclimated to the several on-screen menus and how each screen displays the proper information. I would say a good two days of normal driving to-and-from the office with a 10-minute session in the parking lot on each day is required to understand the system’s operation fully. Otherwise, the use of the lower touch screen primarily for audio controls and upper dedicated screen for information display and navigation mapping is a traditional part of what is expected from Acura as of late. 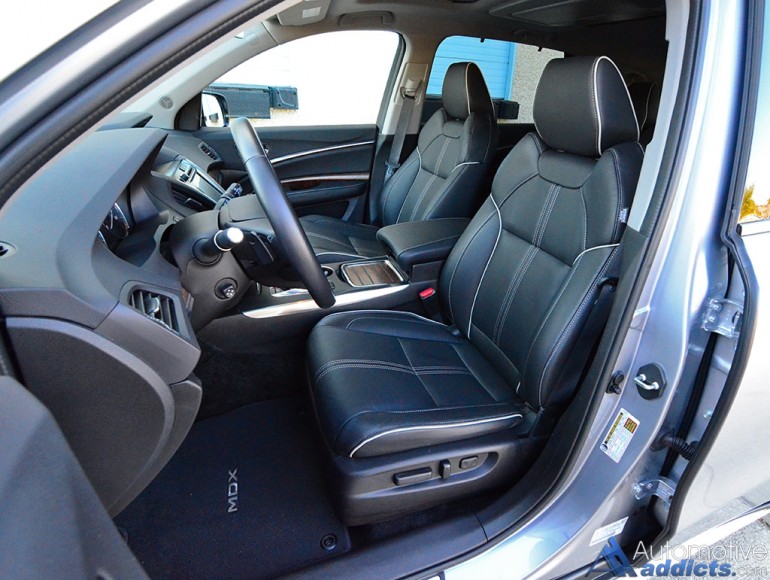 The vast versatility of the MDX and availability of six or seven passenger seating continues to keep it at the top of the list for those who desire and well-rounded luxury crossover SUV. The dimensions remain the same as the outgoing year with class-leading cargo space. The rear cargo area, up to 90.9 cubic feet with the second and third-row seats folded down, can easily be accessed through the power rear liftgate. There is also additional storage below a floor divider, just above the under-body-mounted spare tire. 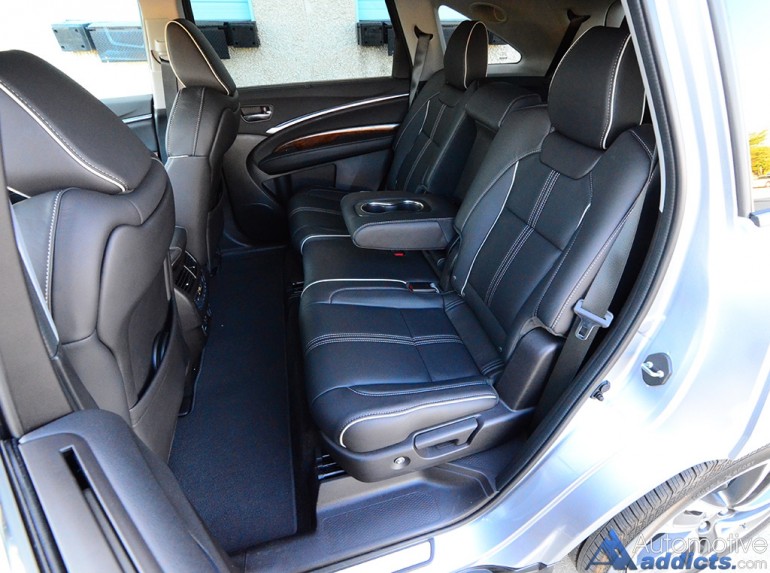 In tweaking and improving upon the 2017 model year, the Acura MDX keeps its position on a pedestal within the luxury 3-row crossover SUV segment at a respectable price point. In that, the 2017 Acura MDX manages to start at $43,950 before any fees. Jumping up to a fully-loaded MDX, which comes bundled with a bevy of active safety features and popularized luxury amenities, you will expect to admit the price of $59,340 including a $940 destination charge. 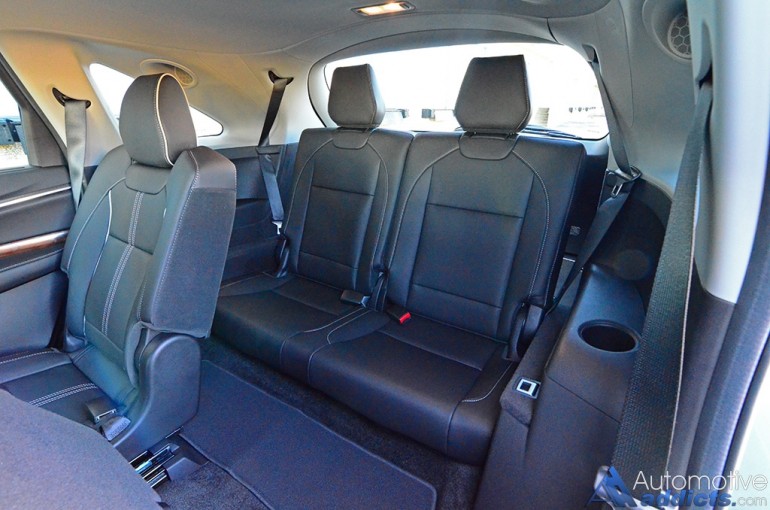 Acura continues to win over the masses with the MDX, and the recent upgrades and addition of several welcomed standard features and the availability of many luxury amenities captivate an even larger audience. I would be hard pressed to find any other crossover in the MDX’s class that offers such a complete and well-rounded package of features that I find to be essential and wanted by a multitude of buyers at such a price and have a usable three rows of seats. With that said, if I were in the market for a luxury 3-row crossover, the MDX would be at the top of my list. 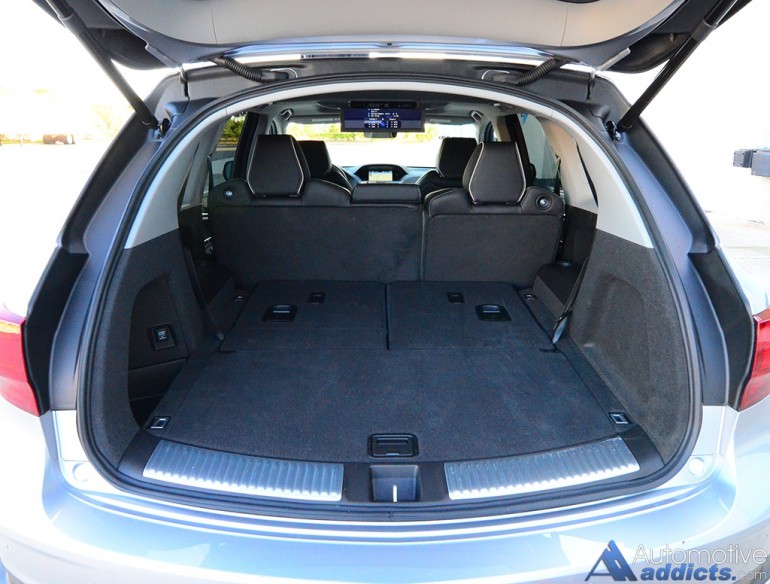