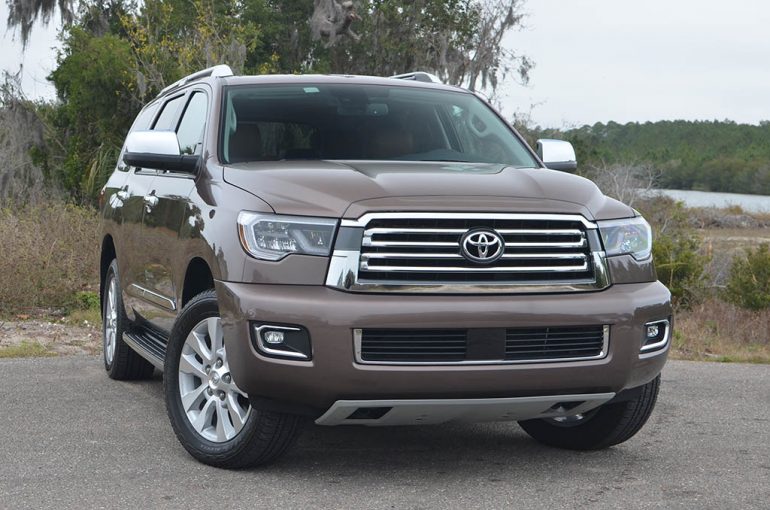 Toyota has long been known for a methodical approach when it comes time to refresh or redesign their models. Unfortunately, in recent updates to long-lasting staples like the large body-on-frame Sequoia SUV the updates for the 2018 model year don’t necessarily reach a level to shatter the competition but garners an appeasing crowd from its basket of loyal followers and owners. 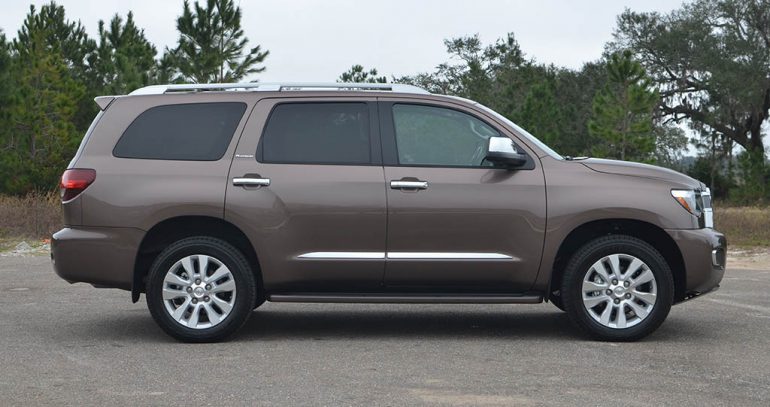 The Toyota Sequoia has been somewhat of an underdog in its position within the small group of large SUVs. Though, with the growing popularity of SUVs and crossovers as of late, vehicles like the Toyota Sequoia are expected to step up to the plate and knock it out of the park. In my recent week with the 2018 Toyota Sequoia fresh off the heels of a slight refresh for the model year, the large SUV falls a little short on the utilization of available tech and user friendless of a complete infotainment system. 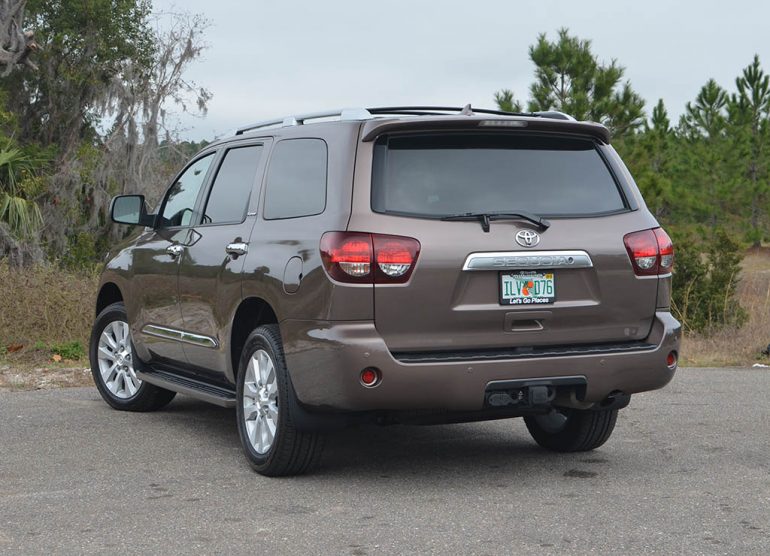 The 2018 Toyota Sequoia carries on its long-standing tradition of a proven powertrain in its 5.7-liter V8 and optional 4×4 drive system fed through an also-proven 6-speed automatic transmission. While the drivetrain could use some updating to yield a better MPG score than its EPA estimates of 13 mpg city and 17 mpg highway, its well-known durability continues to carry the torch in a time where regular unleaded is still relatively affordable. Using a proven powertrain makes way for a healthy delivery of 381 horsepower and 401 lb-ft of torque. 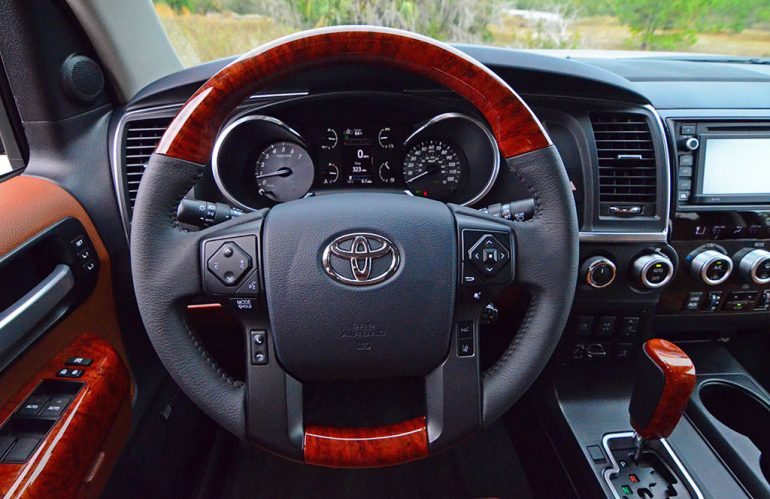 The drivability of the latest Toyota Sequoia is a welcomed modification by way of a full set of adaptive dampers with three settings, comfort, normal, and sport. The use of the adaptive damper system improves upon the overall handling, footing, and comfort of the Sequoia’s ride quality. I found that the middle damper setting was more ideal over full-on comfort or sport mode, which kept the body movement in check on the highway yet permitted the right amount of movement when going over road imperfections, dips, and bumps. Moreover, the electronically modulated air suspension made seldom adjustments to the rear of the vehicle during our family excursion a few hundred miles away from home when packing in additional luggage out back. There is hardly ever any jiggling of the body or upsetting of the balance of its 5,750-pound curb weight. In all, the suspension system on the 2018 Sequoia is by far one of its most welcomed improvements that nearly rivals large luxury SUVs in terms of overall adaptiveness and comfort in the ride quality for such a large vehicle. 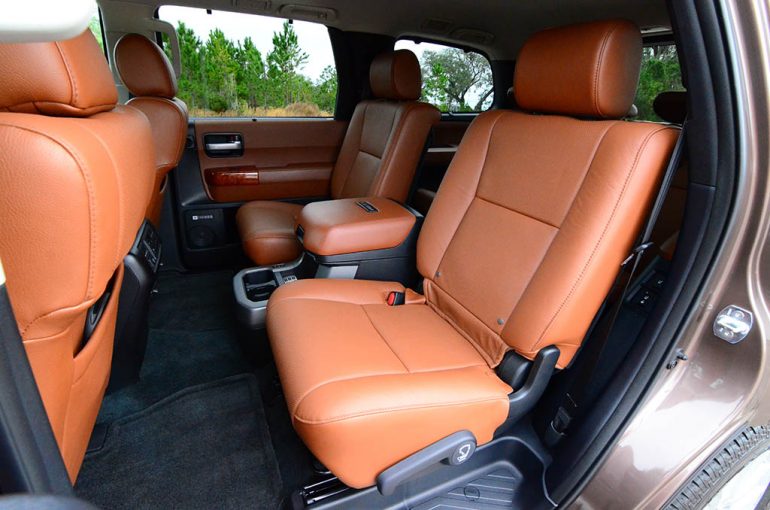 Toyota keeps things consistent in the latest Sequoias expected durability and build quality. Fortunately, such aspects keep the Sequoia on a level playing field with its competition. However, the pitfall of the 2018 Sequoia is its lack of equipment for keyless access and a push-button start system, which are missing features that honestly caught me off guard and diminishes having a complete package to run against other large SUVs in its class. Using a key to startup an otherwise decently appointed large body-on-frame SUV is somewhat of a disappointment for a 2018 model year vehicle. 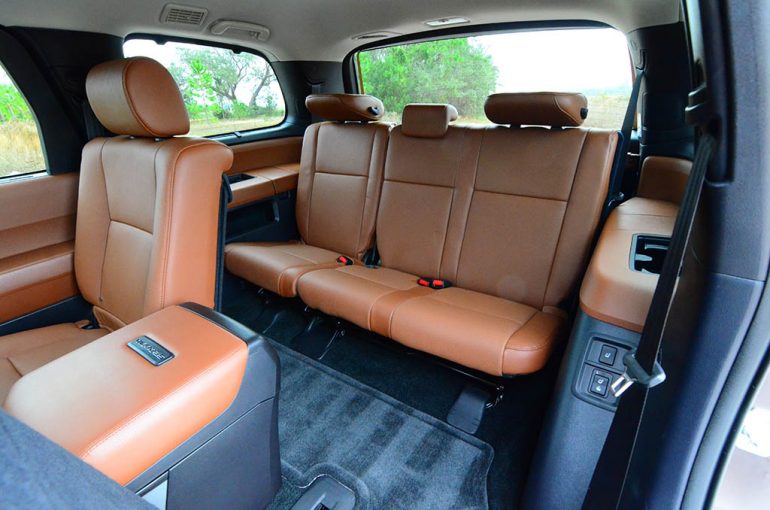 Looking past the lack of an intelligent keyless system and push button start, the 2018 Toyota Sequoia’s addition of a welcomed suite of active safety features, including forward collision warning with automatic emergency braking, and LED headlights, which somewhat pivot the large SUV into today’s tech world. Though, there also looms another disappointment of its smallish 6.1-inch touch screen infotainment unit with navigation, only one USB port, and no Apple CarPlay. In totality, the system is a mixed basket with small touch-screen buttons and it isn’t nearly as embedded or feature rich as many other offerings in the same class even in their base trim levels. Here the use of Toyota’s familiar small touch screen and limited feature sets of an infotainment unit that feels as if it was one purchased at a going-out-of-business sale at Radio Shack is rightfully out of place considering Toyota has the proper chops to do much better. We’ve seen better in many other vehicles, but Toyota somehow misses the boat to include something found in its other vehicles to liven up the tech in the new Sequoia, especially considering its top-of-the-line pricing at $69K. 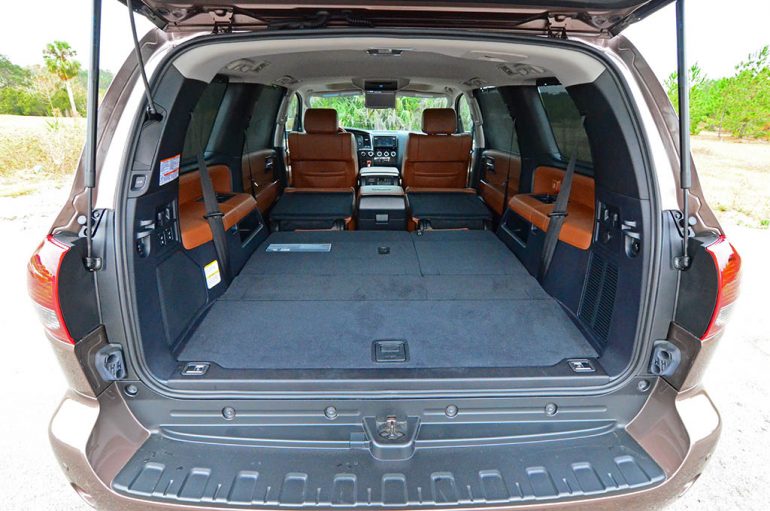 As a powerhouse for its towing ability, reliability, cavernous cargo capacity, and roomy comfortable seating areas, the Sequoia plays to a conservative tune for a large SUV that somewhat undercuts the fully-loaded competition’s price scale. In all, at the top end of the trim level, the new 2018 Toyota Sequoia Platinum 4×4 tips the price scale at an as-tested admission of $69,930.