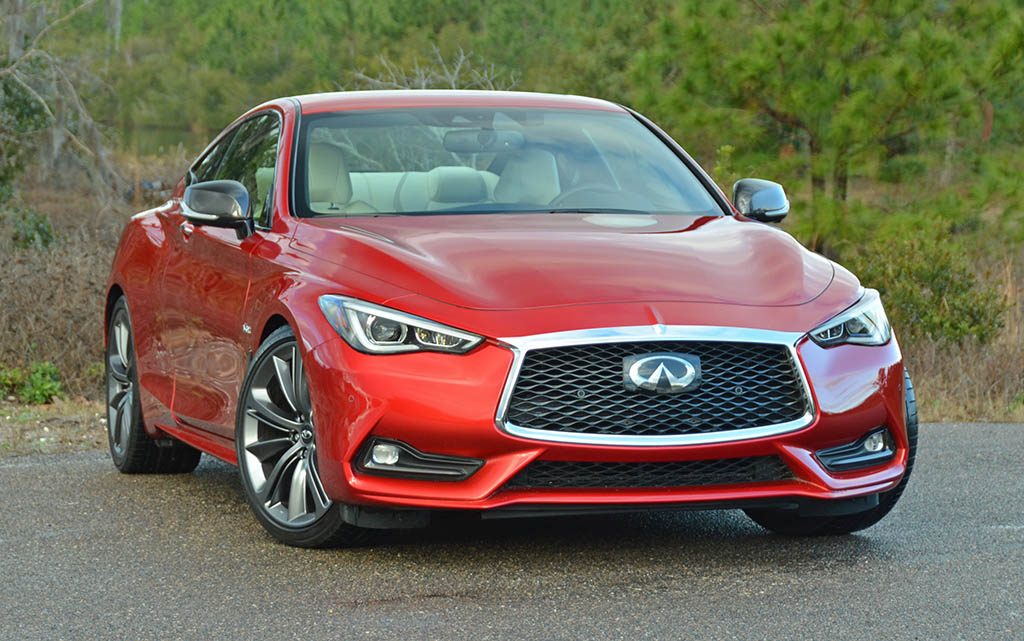 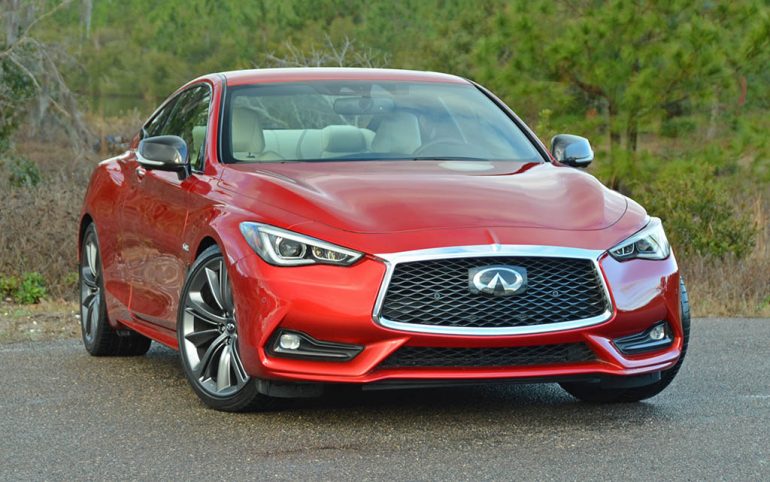 I’ve long been a fan of Infiniti vehicles and their approach to offering something a little different but with a feeling that they’ve been taking notes from their German competition. The latest Infiniti Q60 Coupe is evidence of such an effort to give the masses an excellent alternative to coveted luxury sports coupes outside of their performance branding. With the new 2018 Q60 Red Sport 400, Infiniti makes small tweaks that go the distance to garner additional attention to the already stunning look of the luxury sports sedan that received its recent full redesign for the 2017 model year. 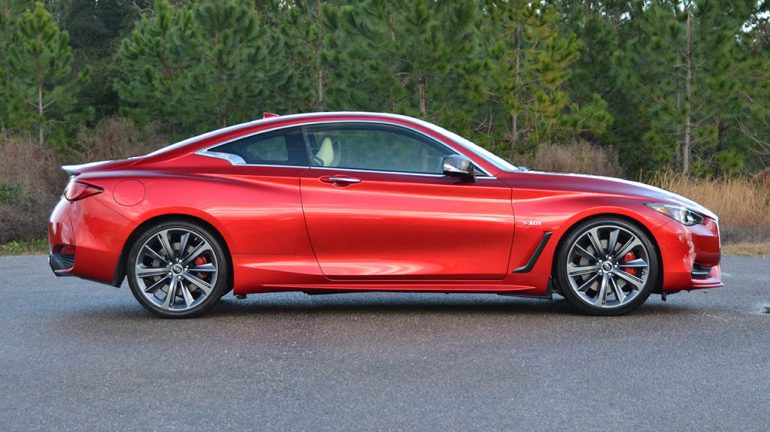 I was fortunate enough to experience the new Q60 Coupe in its fresh new skin just before the vehicle was put on sale at local dealerships almost a couple years ago. In that experience, my takeaway was a vehicle that was almost as poised as many of the German thrashers that proudly wore M and AMG badges. At the time, I couldn’t help but to think that Infiniti had made a breakthrough and has surpassed vehicles like the BMW 440i with the M Sports package or a Mercedes-AMG C43. With 400 horsepower and 350 lb-ft of torque on tap from an engine that was somewhat derived from the Nissan GT-R, the Infiniti Q60 Red Sport 400 is quite the performer. I was able to get my updated 2018 Q60 Red Sport 400 Coupe up to 60 mph in just 4.6 seconds all the while I enjoyed additional grip to the pavement through new larger 20-inch wheels wrapped with 275/30R20 tires out back. The 2017 model year was left with smaller 19-inch wheels and a rear 265-series tire contact patch. 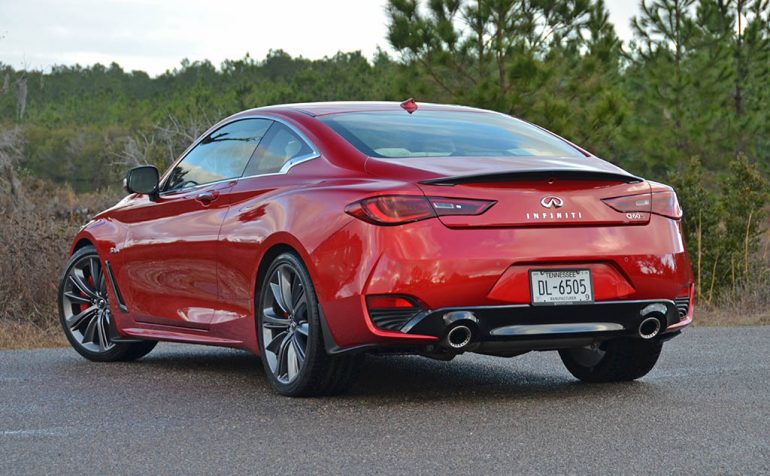 The larger 20-inch wheels and tires, which are a new addition to the Q60 Red Sport 400 for the 2018 model year, have a staggered setup with 255/35R20 up front and wider 275-series rears. Not only do the 20-inch wheels and tires add much-needed grip to lay down those 400 ponies but they add a better aesthetic to the look of the Q60 filling the wheel well giving the Q60 a sleeker and sportier appearance. Onlookers of the new 2018 Q60 Red Sport where almost intrigued to the point that many thought I was driving an exotic. The candy apple-reddish Dynamic Sunstone exterior paint only added to the exotic look with small carbon fiber trim pieces on the front fender vents, fog light finishers, exterior mirror caps, and a carbon fiber rear spoiler. I must say, the bits take the overall look of the Q60 to a new level! 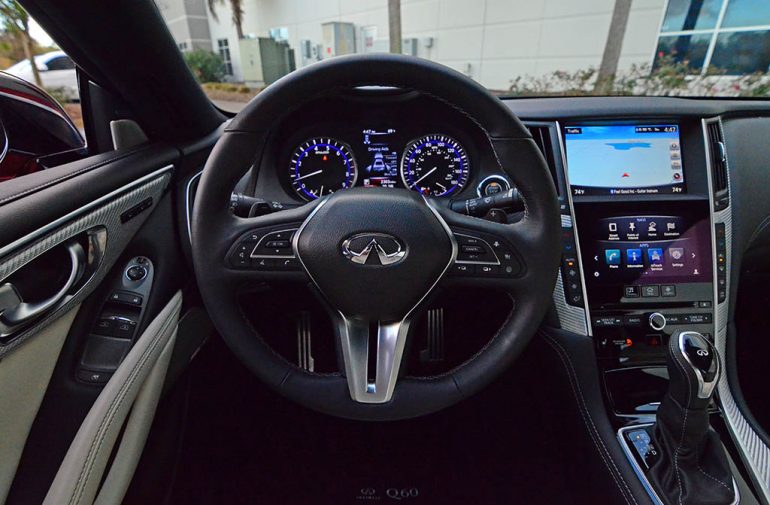 Infiniti’s quest to liven up the brand starts with vehicles like the new Q60 and its small tweaks, which prove to go the distance to appease enthusiasts who take note of such stand-out attributes. I for one, commend Infiniti for keeping the momentum moving in the right direction – even in a literal sense considering the surprising power output of the Q60 from its 3.0-liter twin-turbo V6 engine mated to a proven 7-speed automatic transmission and a dynamic digital suspension system. 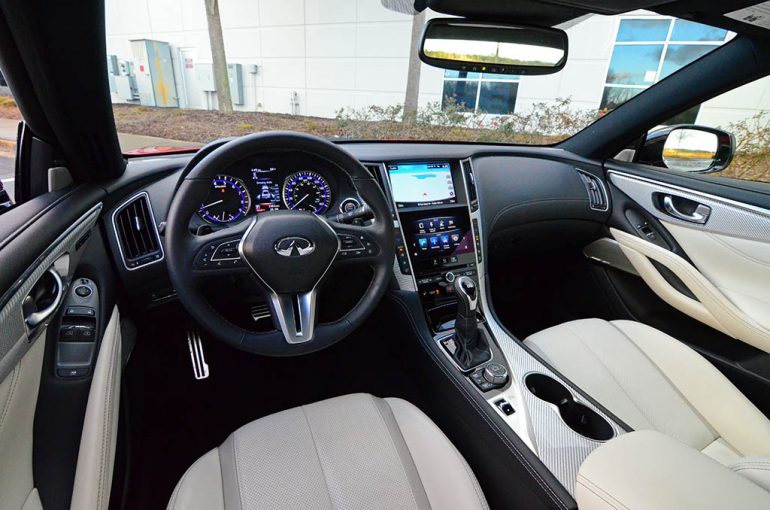 The only major drawback of the new Q60 Red Sport 400 remains to be the optional Direct Adaptive Steering system, which utilizes a series of servos to electronically turn the front wheels based on the positioning of the steering wheel. In a nutshell, the Q60 equipped with the Direct Adaptive Steering system is one of the world’s best force-feedback steering setups that you could technically use to control the last racing video game on your PlayStation 4 or Xbox One X. I get the isolation of the road feeling or lack thereof. Only thing, enthusiasts will balk at the idea of not being able to feel the road through the steering while the multiple settings for the system only take the edge off of what is otherwise an overly boosted and supercharged steering rack. There is still the option of omitting the system but doing so eliminates an option package that bundles many other welcomed features. 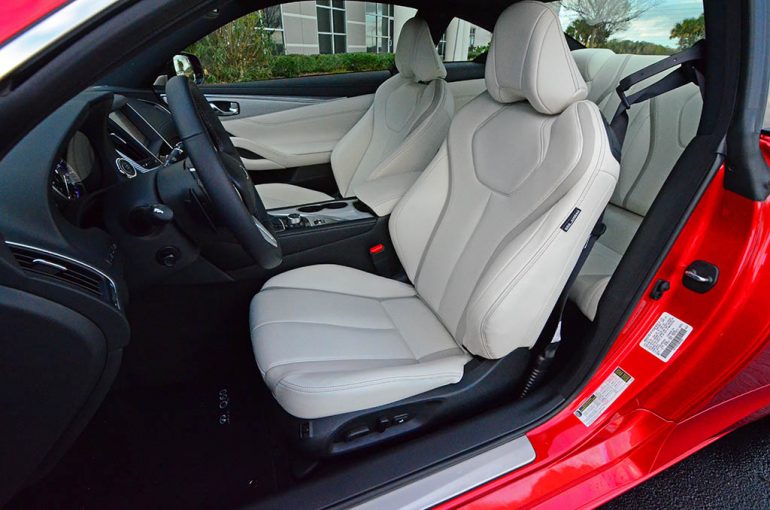 Having driven the Q60 many other times, I continue to conclude that Infiniti is almost in the realm of running with the German big dogs that wear M, AMG, and RS badges. In all, it wouldn’t take much to tweak the Q60 even further to fulfill the desires of those who seek the ultimate in performance for the luxury sports coupe segment. With rumors surrounding Infiniti’s Q60 Black S Concept, I don’t doubt that there is a high-performance variant forthcoming, which is good news. Of course, the as-tested price of my fully-loaded 2018 Infiniti Q60 Red Sport 400 test vehicle at $63,705 may see a slight increase if ever Infiniti goes with a full-on performance line-inspired Q60. Still, I’m eager to see such a thing when I reminisce on what the not-so-distant cousin of the Q60, the Nissan GT-R, was able to accomplish on a supercar performance scale. For now, the Q60 Red Sport 400 will be more than enough to tide many of us over welcoming the proven reliability, durability, and excellent fit and finish out of the Infiniti brand. How could you not like what you see here? 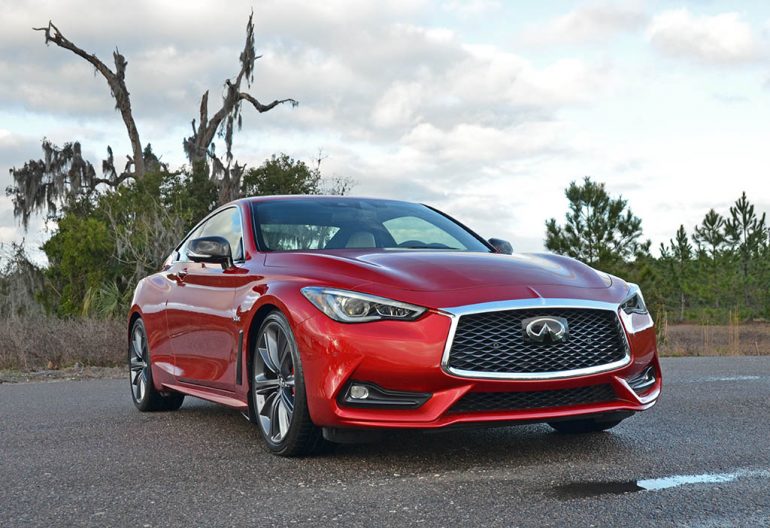 I welcome you to check out my other full reviews of the Q60 Red Sport 400 where I drill down and expensively cover all of its tech, features, and performance attributes just before the small changes for the 2018 model year, which I have noted above.