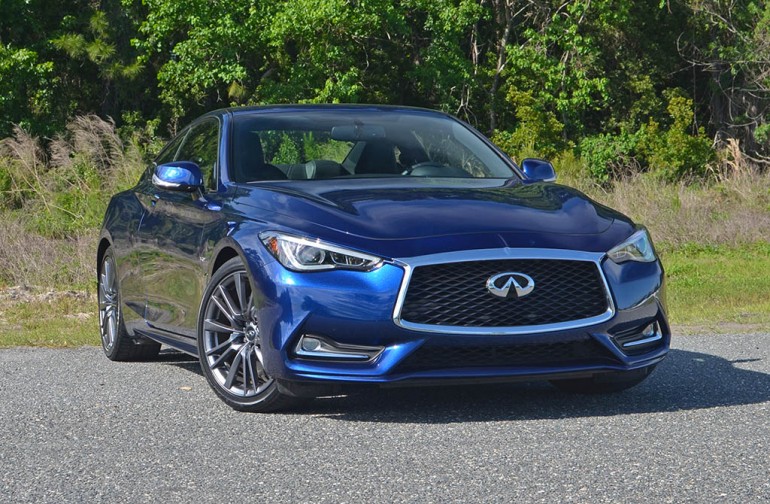 Infiniti has raised the bar with the new Q60 luxury sports coupe, and in recent months since its introduction to its segment, it has captivated onlookers and its competition. I recently had the chance to experience the new 2017 Infiniti Q60 in its top trim, the Red Sport 400, which indicates 400 horsepower from its new 3.0-liter twin-turbo V6 engine. I gave my honest opinion in what the Q60 offered and how it stacked up against the competition at that time. In the past week, I had the chance to revisit the Q60 in the same trim level but without all of the option packages, which naturally lowered the price to an attractive price point.

At its as-tested price point of $52,205, the 2017 Infiniti Q60 Red Sport 400 in my garage this week is the least expensive way to get a two-door luxury car with 400 horsepower. With that, Infiniti has set on a course to receive new recognition, an endowment that raises eyebrows from the likings of Mercedes-Benz, BMW, and even Audi. 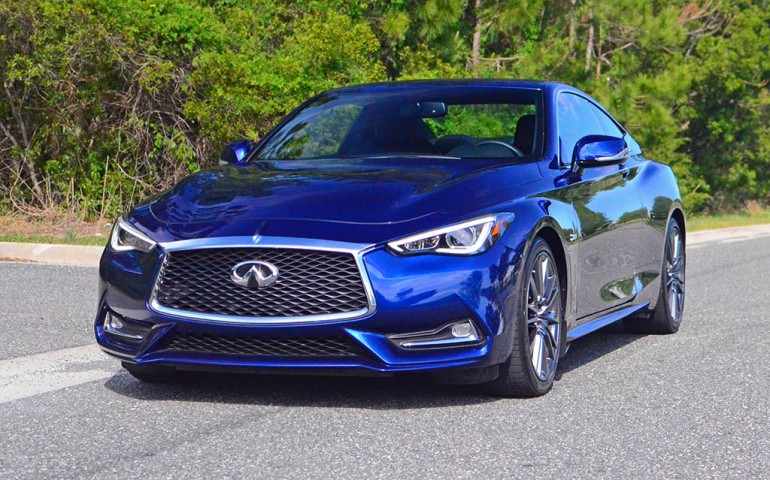 Currently, configuring a new 2017 Infiniti Q60 Red Sport 400 without any add-on option packages, you get a luxury sports coupe capable of running to 60 mph in about 4.6 seconds (or better) as I was able to best in a series of tests. Such a feat isn’t easy, and it’s impossible to do in the Q60’s segmented competition for $50 grand. 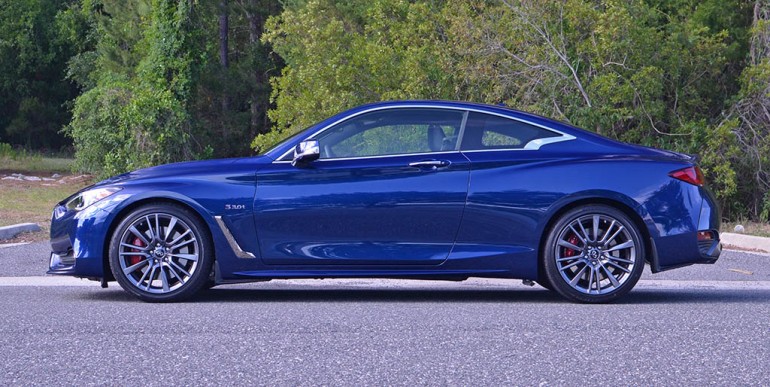 Much to do with the forward-thinking engineering out of the Infiniti outfit where they take a page from the Nissan GT-R engine’s fundamentals in the development of the new 3.0-liter twin-turbo V6 engine found in the Q60 Red Sport 400. Not to mention, the added availability of all-wheel-drive in place of the standard rear-wheel-drive configuration makes the Q60 an even more attractive buy for some. Moreover, the stunning styling of the Q60 that drew the attention of onlookers as I tested out the 400-horsepower head-turner wearing a sparkling ‘Iridium Blue’ paint job gains a new recognition for the Infiniti brand and I can’t wait to see what’s next. 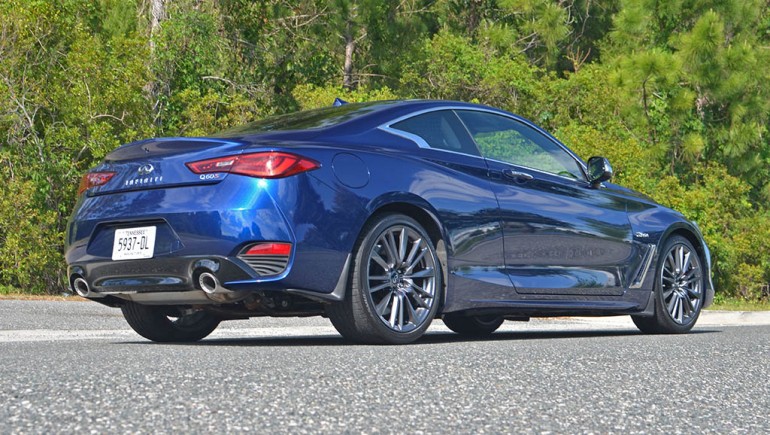 The only other luxury vehicles right outside of the Q60’s class that can compare in terms of price and shear power output are the new Lincoln MKZ 3.0T with 400 horsepower starting at about $43K for the all-wheel-drive model and the Genesis G80 V8, with 420 horsepower and a price starting around $54K. Apart from those vehicles, Infiniti is consistently winning over light hearted and serious enthusiasts with its 400 horsepower and 350 lb-ft of torque in the Q60 Red Sport 400. 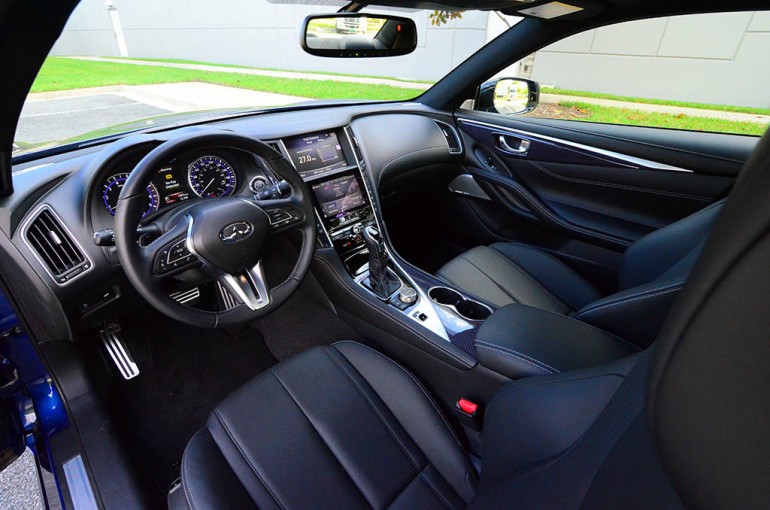 Now, only if Infiniti would up the ante ever-so-slightly and introduce a performance-branded version of the Q60, the outfits of AMG, BMW M, and Audi RS would be put on notice. I would go as far as to say that such is coming from Infiniti as the Q60 Red Sport 400 could use a bit more chassis tuning to handle the 400 horsepower from its new engine. The Japanese brand certainly has the chops to get the job done and run with the big performance dogs. Time will tell if such comes to fruition. 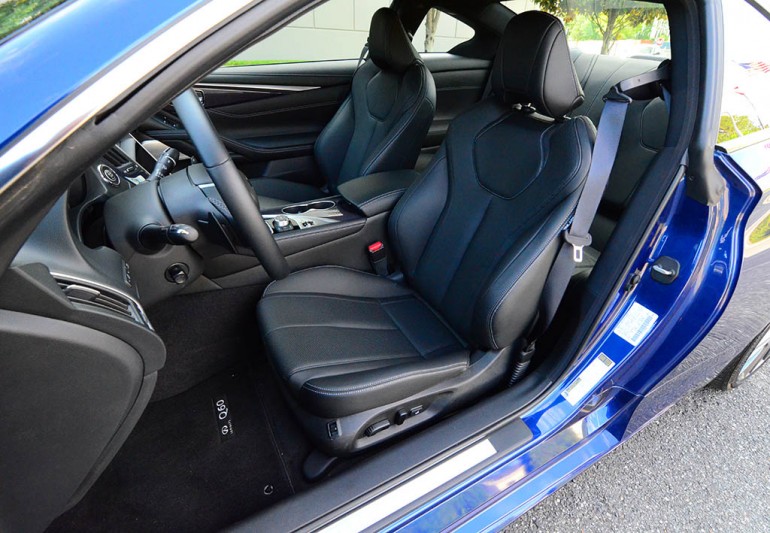 It’s prudent to mention that the new 2017 Infiniti Q60 in its base form with the 2.0-liter 4-cylinder engine and 208 horsepower is a decent value as well, starting at a price of $38,950. As I know all-too-well, horsepower isn’t everything. Though, in the retrospect of a luxury sports coupe, performance is a big part of the formula and Infiniti is on its way to perfecting it. 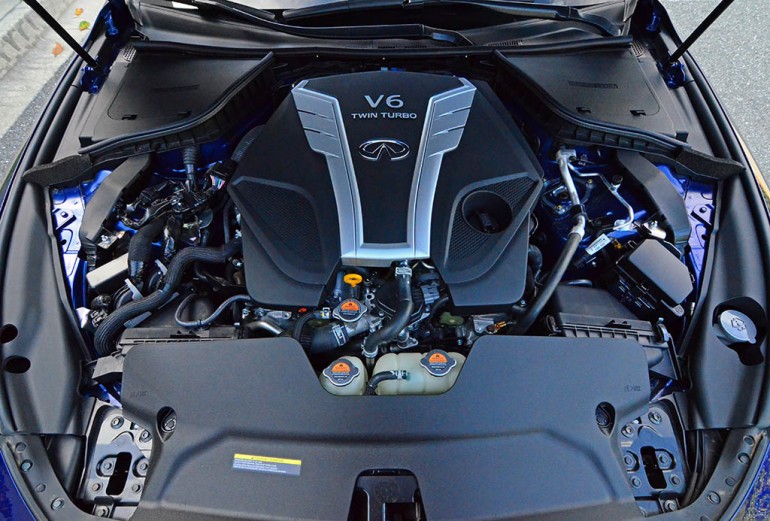