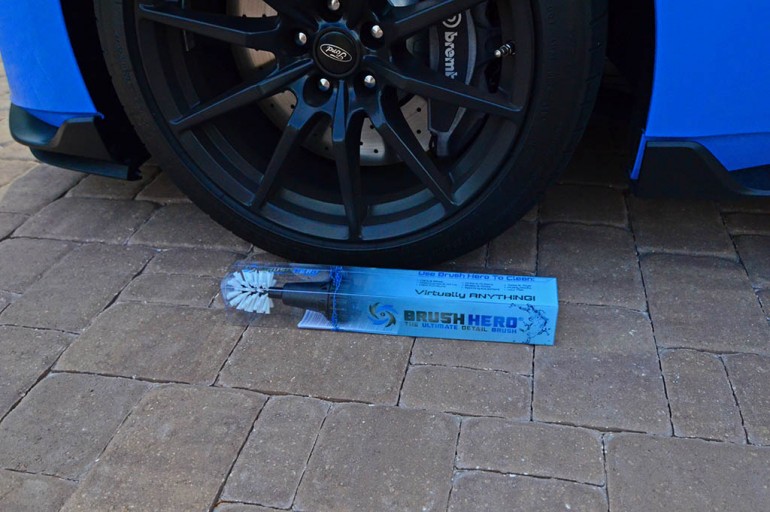 The folks at Brush Hero sent us their innovative creation in hopes of making the tedious task of cleaning items like wheels much faster and overall, easier. While I was initially impressed with the function and purpose of the Brush Hero, I immediately found a small flaw in the design. However, it appears Brush Hero has remedied the small flaw in the product in an updated offering found on their website at brushhero.com.

As car enthusiasts, we all strive for the latest and greatest tools and resources to keep our ride looking its best and performing optimally. When it comes to detailing your vehicle, there are countless tools that claim to make your life easier to get to those difficult-to-clean areas, such as your wheels. In comes Brush Hero, the newest creation that looks make cleaning and detailing of your wheels without the need for additional power tools, batteries, or electricity a simple task. 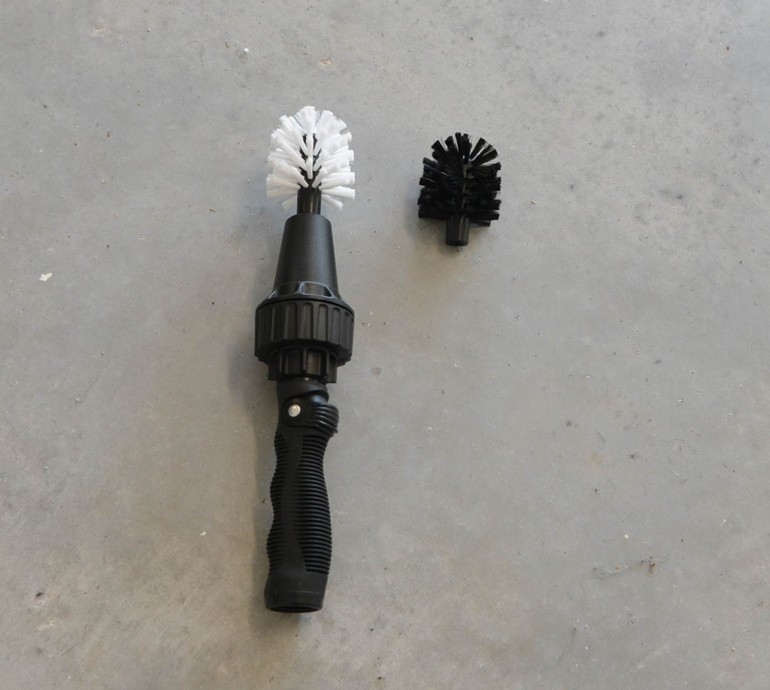 The Brush Hero appears to be a well-made product, and upon my first look, it was straightforward and compact enough to use every time I feel the urge to clean one of my vehicles. The Brush Hero provides plenty of torque in the spinning of the brush head, which is interchangeable between the two provide brushes, one soft for sensitive surfaces and a stiffer brush for grimy areas. The spinning of the brush head is solely powered by your water pressure, which doesn’t take much to spin the head in all of its three-speed settings. There is a bit of vibration sent through the tool as I assume the water pressure is jetted onto a blade mechanism. Otherwise, the operation is seamless and the brush is efficient at dispersing brake dust on my wheels but left a bit of grime mostly due to the one flaw that I discovered. 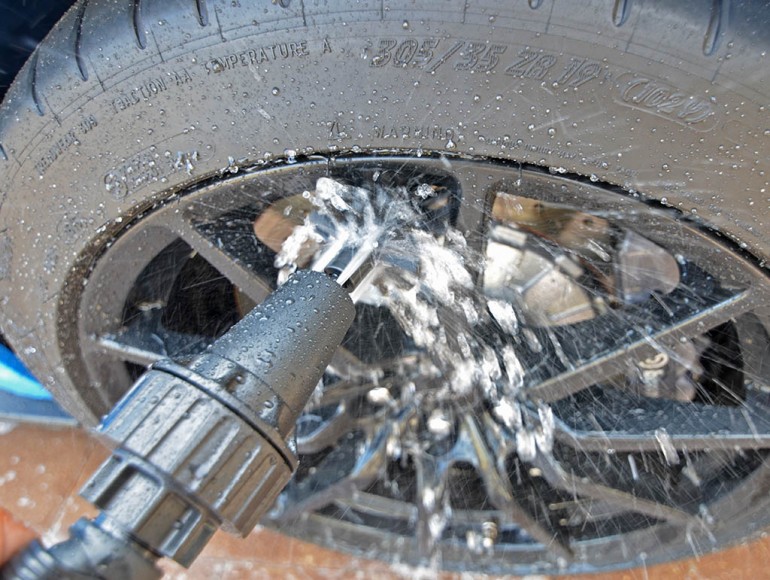 The one flaw found in the Brush Hero was that I found myself constantly adding soap to the brush head. In its operation, which fed water through the head and base of the handle, soap would quickly disperse and dilute to the point that I was only “washing” my wheels with water and the brush bristles. Ultimately, I had to add soap to the spinning brush head so many times that the task of cleaning just one wheel become counterintuitive. Due to such a flaw, I took to the Brush Hero to read up on the operation only to discover that they now offer a “Soap Star” setup, which includes a soap dispenser that mixes your soap and can be used with the Brush Hero’s spinning head as water is dispersed. By the looks of it, the ‘improved’ variation of the Brush Hero using the spinning head attachment and the Soap Star setup, which is a product that includes a soap dispenser and adjustable sprayer head, may remedy my grievance with the device. 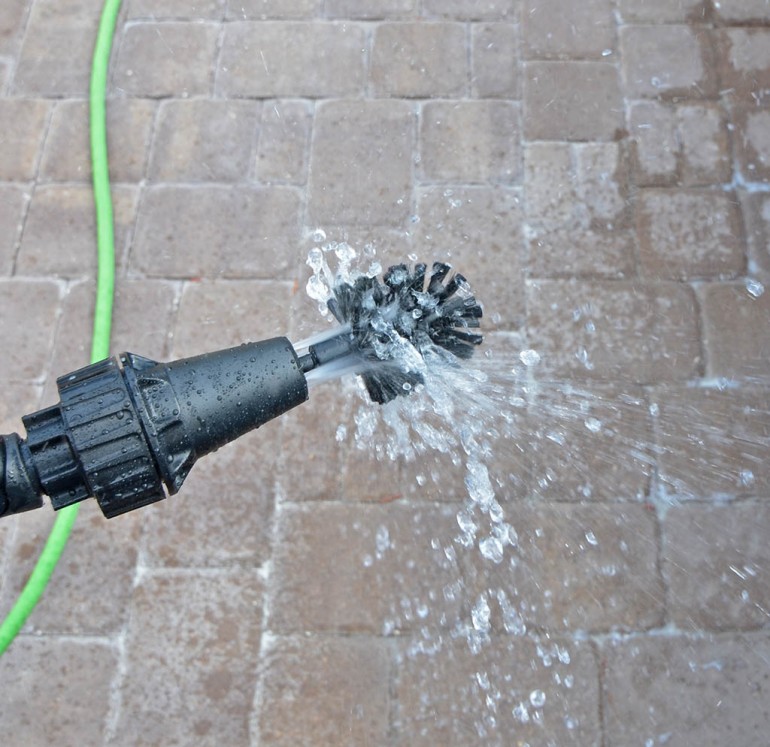 In all, the Brush Hero is quite innovative, and I am willing to give it praise for a valid attempt to make cleaning items such as wheels easier, as it does just that. Still, my bet is on the newer “Soap Star” design used in conjunction with the Brush Hero’s spinning head design to be the ultimate combination to thoroughly clean many different items, such as your vehicle’s wheels. Be sure to check it out and the other products offered from Brush Hero at www.brushhero.com.