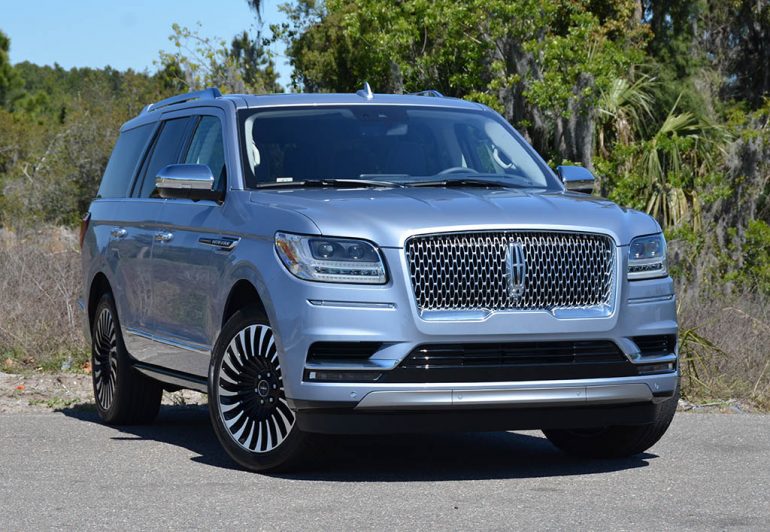 Today’s automotive landscape is quickly evolving, and the American public is looking to dive further into the SUV and crossover abyss as the economic conditions remain stable and gas prices continue to be agreeable. To capture the essence of luxury buyers seeking the largest SUV you can currently buy, Lincoln has literally stepped up their game with a redesigned Navigator that has so far captured the attention of many to the point of claiming the North American Truck of the Year award for 2018. 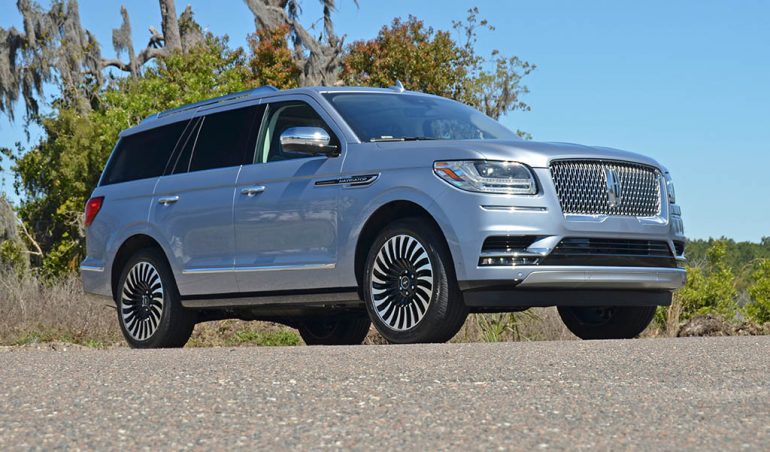 The newly redesigned Lincoln Navigator is undoubtedly an SUV to reckon with in the realm of where body-on-frame luxury behemoths, such as the Cadillac Escalade, Infiniti QX80, and Lexus LX 570, roam the earth. Now, after being much of an underdog through nearly 21 years of existence, the Navigator can finally claim its equal rights alongside of the other mammoth-proportioned luxury SUVs. In that, the new 2018 Lincoln Navigator not only gets the proper accolades but receives its deserving position in a hierarchy of SUVs that will continue the thrive and expand to meet specific demands for many years to come. 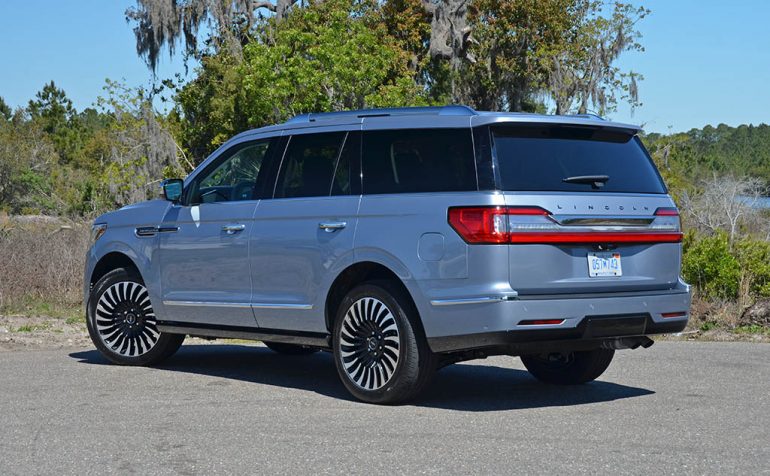 The new Navigator signifies the new branding of “The Lincoln Motor Company,” which is poised to raise the luxury theme a few bars to either meet or excel past its direct competition. While the competition of the new Lincoln Navigator is a short list of coveted SUVs, it now appeals to a broader gamut considering how hungry the American masses are for SUV and crossover vehicles.

Powered by a familiar powertrain that is found in the enthusiast-praised Ford F-150 Raptor, is the brand’s 3.5-liter twin-turbocharged V6 engine that is good for 450 horsepower and an astonishing 510 lb-ft of torque. Equipped in the new Navigator and mated to a 10-speed automatic transmission, the engine feels a bit more refined, which is mostly due to the expected sound insulation and other refinements to keep engine and road noise to a minimum. Speaking of which, the new Navigator is nearly whisper quiet where the only thing giving your ears a tickle is the robust powerplant under hard acceleration through a muffled growl and a dash of tire noise from the massive 22-inch rollers on my Black Label edition test vehicle. Following through with such a growl at full throttle the large Navigator Black Label with the standard wheelbase is expected to reach 60 mph in about 6 seconds or less. 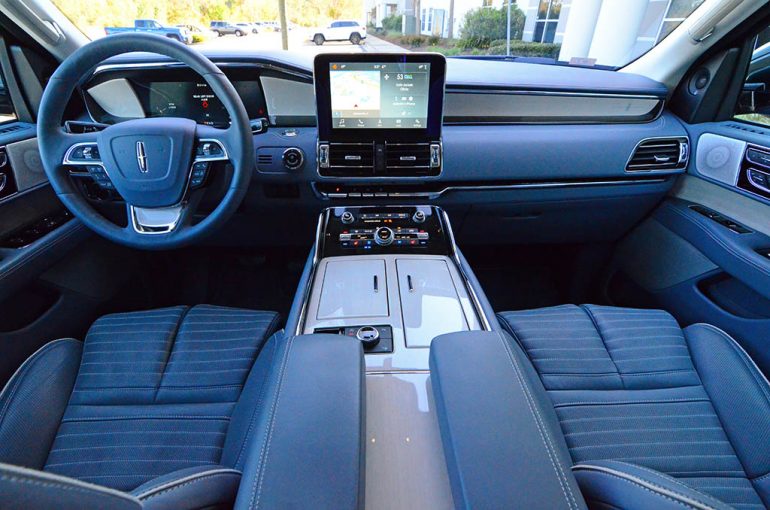 Piloting the new Navigator in its top-level Black Label 4×4 trim is mostly an expected endeavor, which somewhat gets a bit dicey at times where you “feel” all 6,056 pounds of its might. While the clever use of aluminum throughout the body of the new Navigator shaves some poundage off the curb weight, I still felt as if the “Land Yacht” theme was doing double duty. Such a duty not only dubbed my test vehicle’s selected Black Label interior Yacht Club color theme, which is one of three unique schemes (Yacht Club Theme, Destination Theme, and Chalet Theme) available for the top trim with a pre-selected interior color and trim palate. To my surprise and liking, the Yacht-like handling was somewhat remedied in the Excite drive mode, which tightened up the suspension dampers just enough to limit additional body motion but retained the smooth ride quality that I enjoyed. The new 2018 Navigator gets a plethora of drive modes, starting with the default Normal mode, which can be had in two-wheel-drive or four-wheel-drive if properly equipped. The other drive modes, accessed by a simple turn-knob, include a Slippery mode, Conserve, Deep Conditions, Deep Sand, and a Snow Climb mode. 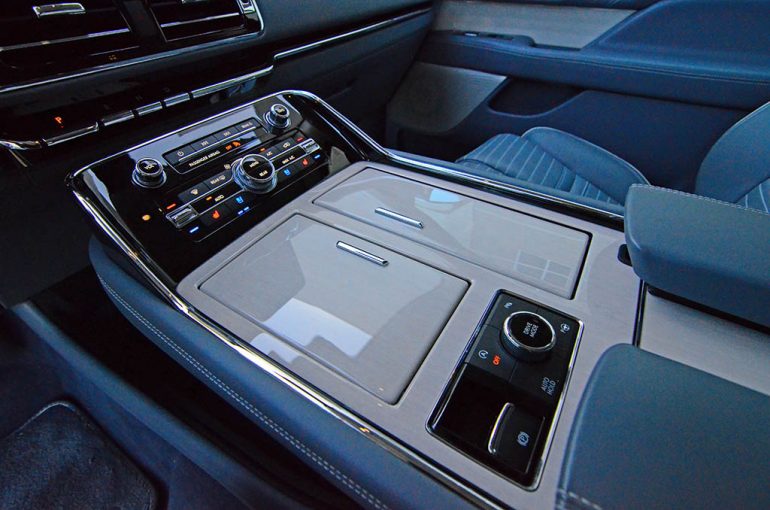 With each selection of a desired drive mode, the Navigator adapts to modify shift points of its 10-speed automatic transmission, adjusts the adaptive dampers, and adds a weighted feel to the steering. I found that Normal and Conserve drive modes to be a bit too soft allowing the rear suspension to bounce a bit more than I would like. Interestingly enough, the Excite mode, which is essentially a Sport mode, was a more desirable choice as the dampers felt as if they did a better job managing the heft of the Navigator and kept the rear-end in check. Moreover, the Excite mode was a better management of the gear shifts for my “exciting” driving style. Though, the 10-speed automatic tended to downshift often with a somewhat upsetting pulse as each cog is selected, for both up and down-shifting. I’m not so sure the harder shifts in the Excite mode were necessary as they didn’t prove to provide any additional performance. I wonder if Mathew Mcconaughey feels the same way in the commercials? In either mode, the Navigator was ultra-smooth and didn’t suffer from much body juggle going over sharp road bumps. Nevertheless, the Navigator never tricked me into thinking I was driving a large luxury sedan – for the most part, it retains the subtle ruggedness of a large body-on-frame SUV. 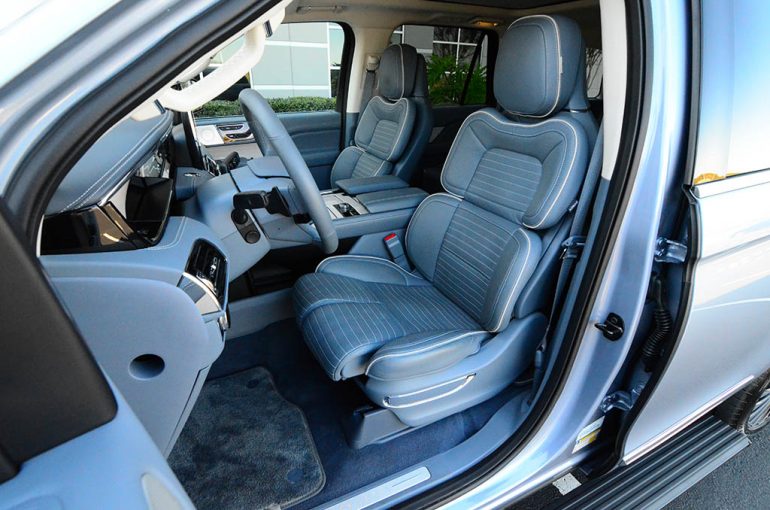 The twin-turbo V6 is more than up to the task of moving the new Navigator. My only qualm would be split-second lag from a standstill and its somewhat inconsistency of power delivery where it felt as if the engine would seldom produce more power at the same RPM and throttle position. I would like to rest such a case on the ambient temperatures that fluctuated here in Florida during my week with the Navigator from a brisk and dense-air-filled 35 degrees to a balmy 85 degrees. Otherwise, the force-fed V6, combined with the 10-speed automatic transmission and a properly-equipped trailer hitch, the Navigator can tow up to 8,700 pounds in the 4×2 configuration (8,400 pounds for the 4×4) without breaking a sweat. Without towing anything, you can expect to get consistent fuel consumption numbers equaling the EPA-estimated 21 mpg while in 2WD mode. Switching to the 4WD (4×4) mode through the drive mode toggle dropped my observed fuel economy to about 19 mpg. City figures hovered around 16.9 mpg, somewhat things to the start-stop system, which can be disabled, and smart use of the 10-speed automatic transmission, which can be shifted manually through steering wheel-mounted paddles. The city EPA-estimate for the Navigator Black Label, which only comes in the standard wheelbase configuration thus far, is 16 mpg. Combined mileage comes in at 18 mpg. 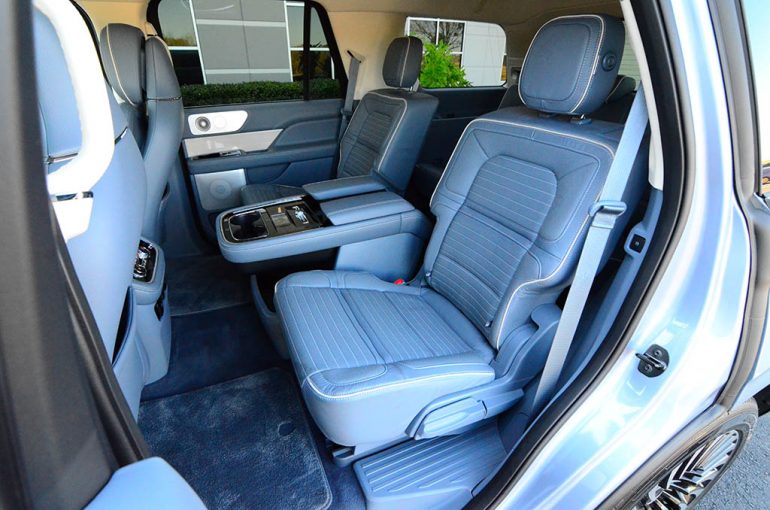 Where the Navigator continues to shine, even brighter than its Black Label trim’s fancy turbine-designed polished 22-inch wheels is on the inside. The new Lincoln Navigator’s interior is fitting for its name in the Black Label trim’s Yacht Club Theme equipped on my test vehicle, which is made up of a soft blue-toned leather throughout encased in several tightly-stitched seams and chrome-clad trim. The uniqueness of the Navigator’s interior is almost a homage to the Lincoln branding using classy and bright trim pieces accented by a plethora of soft-touch surfaces. The interior looks as if no area was untouched with a magic luxury wand. Even the second and third-row seating enjoys the lap of luxury with perforated Venetian leather seating surfaces and plush, thick carpeting and floor mats. The simplistic approach to the dashboard also pays merit to the overall appeal of the Navigator’s interior whereas the infotainment screen looks as if it folds out of place to great your fingertips, only its fixed in place and somehow looks like it belongs. The screen’s prominence and large 10-inch real-estate brings the latest Sync-3 system to the literal forefront. The ease of use of the Sync-3 system is welcomed as are the simplistic physical buttons, knobs and rocker buttons for other pertinent controls. The 12-inch driver’s gauge cluster also plays along with a simplistic theme only giving the driver necessary information and minimal customization and visualization of the full dials with a sweeping brightness effect on the virtual gauge needles. 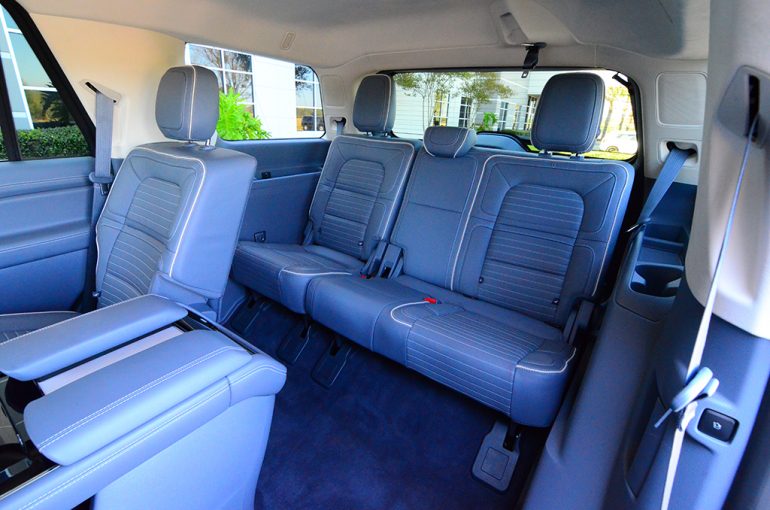 There isn’t anything that disappoints when it comes to the cabin of the new Navigator. If the standard wheelbase Navigator’s 19.3 cubic feet of cargo space behind the third row of seats in place isn’t enough, 34.3 cubic feet behind the third-row in the Navigator L or its vast 120+ cubic feet with both rear row seats folded will hopefully suffice. To make things easy for loading in cargo, the Navigator in its Black Label trim adds a full power folding array to the second and third-row seats through a push-button. Access to the third-row is simplified as well with a clever pneumatic fold of the second-row captain’s chairs, which are separated by a rather large center console that combines infotainment controls, plush armrests, plenty of USB charging in front of the seats, and several storage compartments. 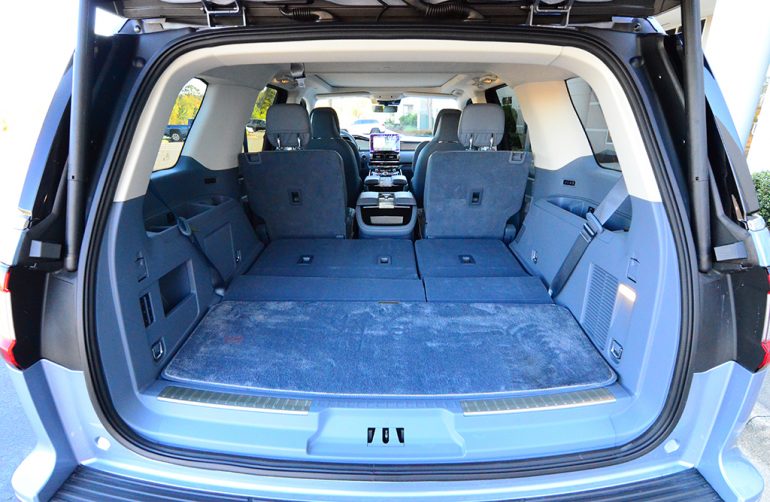 From the unique and surprisingly supportive 30-way adjustable front seats with massaging, ventilation, and heating, to the Dinamica suede cloth headliner surrounding a large panoramic vista roof, the new Lincoln Navigator Black Label is in a proper place to dethrone the Cadillac Escalade of its prominence that has undeniably dominated its segment for many years. In my opinion, the new Navigator is a personal preference choice when comparing it to the latest Escalade – they both dominate in my book – it’s just that the Navigator had to play catch-up. However, now, the Navigator finally has some real skin in the game and could easily slip in a trump card if you’re not “looking.” At the as-tested price of my almost fully-loaded test vehicle at $98,320, one could conclude that the large luxury SUV segment is as competitive as ever, once again. In its base Premiere trim and 8-passenger configuration, the Navigator starts at a price of $72,055. Opting for the near-top Reserve 4×4 trim and checking most of the option boxes, you could expect a price of just over $89,000, which only saves a couple “options” for the top-tier Black Label trim giving buyers a unique curated 7-passenger interior theme selection and exclusive concierge benefits.