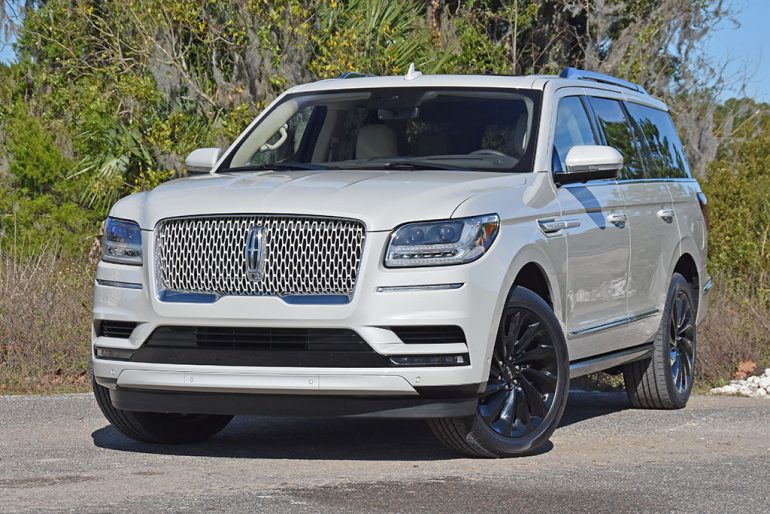 The Lincoln Motor Company has gained a new lifeline thanks to shocking the SUV market with vehicles like the new Navigator, which many have claimed as taking the king-of-the-hill position from the Cadillac Escalade. Whether you believe such or not, you cannot avoid the fact that the introduction of the 2018 Navigator has elevated the Lincoln brand, and the latest 2020 model year with its minor tweaks continues to build upon a new forward direction for the American luxury automaker.

With vehicles like the new Navigator and even the recently introduced Aviator, Lincoln Motor Company has a new momentum, and it’s as fierce as the Ford Raptor-inspired twin-turbo V6 engine equipped in the 2020 Navigator. Having already experienced the new Lincoln Navigator since its redesign as a 2018 model year, it’s refreshing to see Lincoln keeping such a vehicle well-polished now two years later. 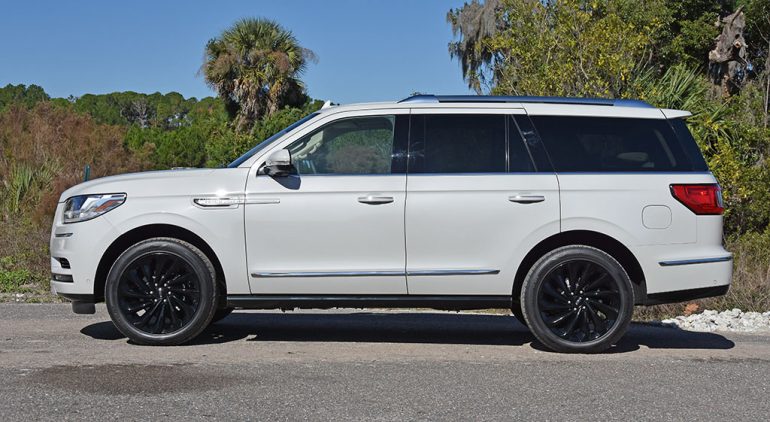 The 2020 Lincoln Navigator is mostly unchanged with a few exceptions, such as offering new colors and combinations along with the Co-Pilot360 driver safety package (blind spot monitors, lane keep assist, forward pre-collision assist w/warning and emergency braking, rearview camera, auto highbeams) coming as standard equipment now, and better integrating phone-based vehicle access through their latest Lincoln Way smartphone app. My 2020 Ceramic Pearl-colored Lincoln Navigator Reserve test vehicle with the new-for-2020 Monochromatic package happens to come with one of the new color choices, which also adds a few tweaks to paint its massive grille the body color along with the side fender emblem surroundings getting the proper body-color treatment and the option of gloss black painted 22-inch wheels. The color combination works well to make the massive size of the Navigator more attractive in the eyes of luxury seekers. Moreover, offering a wider color gamut appeals to some luxury buyers to stand out in a landscape that’s flooded with large SUVs in America. 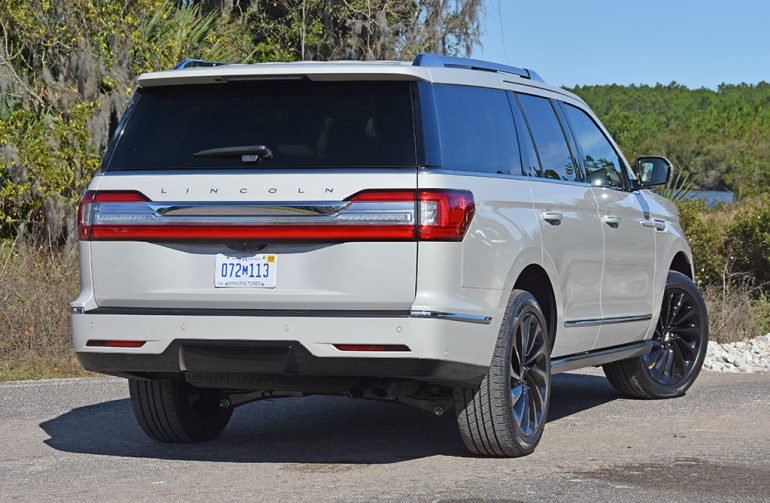 In the quest to keep its newly established upper echelon status in the scope of mainstream large luxury SUVs, the new Navigator retains its robust powertrain that gets the job done and some all while remaining somewhat efficient. The 3.5-liter turbocharged V6 engine proudly touts 450 horsepower and 510 lb-ft of torque, enabling the Navigator to either tow up to 8,600 pounds or get up to 60 mph without a trailer in just about 6 seconds. Moreover, the Navigator gives you an assured feeling when driving it either around town or out on the highway. Its body-on-frame design doesn’t put you off or make you feel as if things are out of control under the confides of legal limits. It rides and handles its apparent heft pretty good, but the rear suspension is still a bit too busy for my liking in the normal drive modes. The Excite drive mode, basically a sport mode, firms things up and keeps the rear-end slop in check but at the sacrifice of additional fuel spent with the transmission holding gears longer. The 10-speed transmission is a gem in making sure the power is delivered to either the rear wheels or all four in the best way possible, taking advantage of the surprisingly wide powerband of the beefy turbo V6. 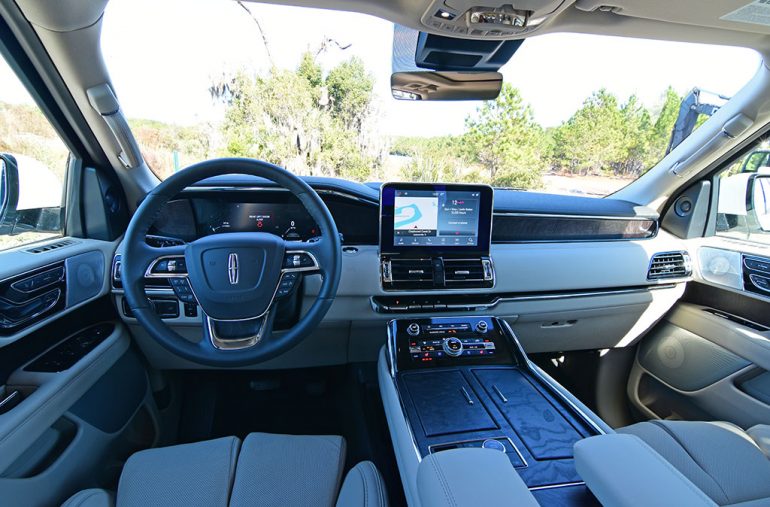 On the side of efficiency, the Navigator pulls off a neat trick of still giving you the power that’s expected in such a big vehicle, but does it with grace to still get respectable fuel economy, or at least fuel economy that isn’t any worse than the competition but with more power. EPA fuel economy for the Navigator Reserve AWD is 16 mpg city, 21 mpg highway, and 18 mpg combined. For the two-wheel-drive Navigator, figures get better on the highway for an EPA estimate of 23 mpg. 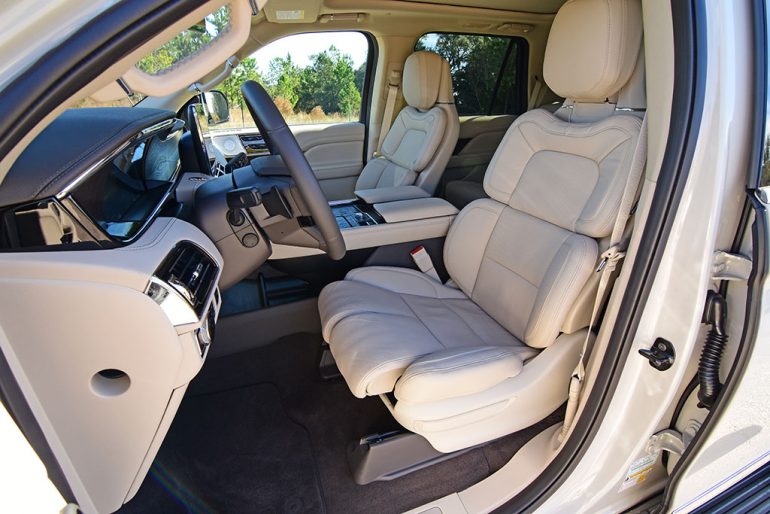 Lincoln has prided itself with the new Navigator, and many of its design treatments have carried their way into other new vehicles, such as the all-new midsized Aviator and even the compact Corsair crossover, which have all been recognized as being ahead of the curve in their respective classes. When you have a good thing in a vehicle, you tend to trickle down the good bits to other models, just as Lincoln has done – such says a lot about all that the Navigator has to offer. The latest Sync infotainment unit is pretty good but does take a little while to fully load for the welcomed responsiveness of inputs. The number of physical buttons and knobs are welcomed to get to the important functions without any fuss. The seating comfort is excellent with the caveat of finding your optimal position in the front 30-way power-adjustable seats with massage. Lastly, the second and third rows are usable for adults as they should be for a vehicle of this size along with the respected amounts of cargo space. 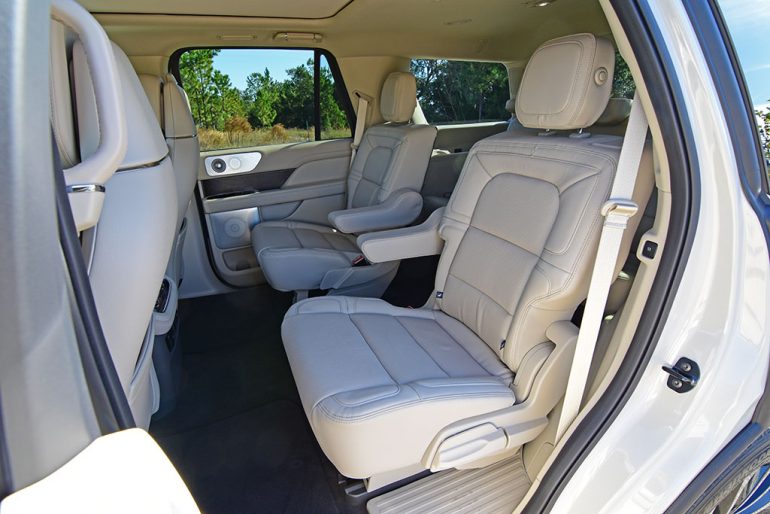 I praised the Navigator many times over in my previous review of the vehicle when the redesigned model was introduced two years ago. Today, I build upon such praise where I’m safe to say that there isn’t anything else that can touch it for such a price. That is, possibly, until Cadillac introduces a redesigned Escalade. For now, the new Navigator, with its several trim level offerings, is a large SUV to be reckoned with. 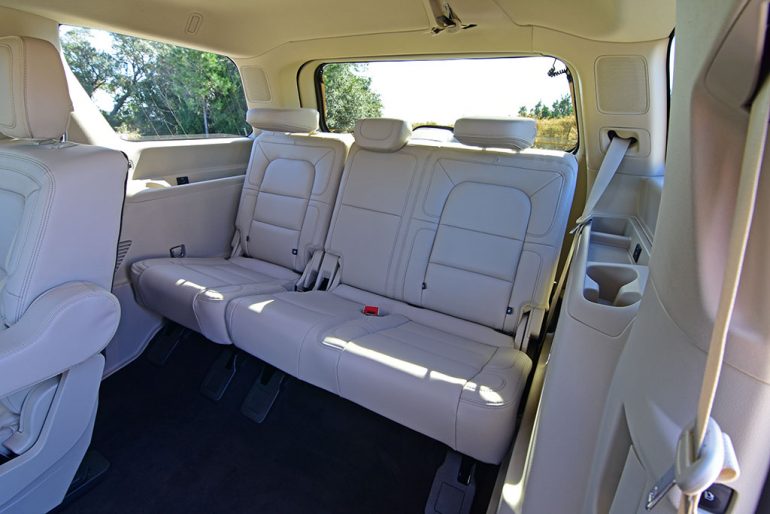 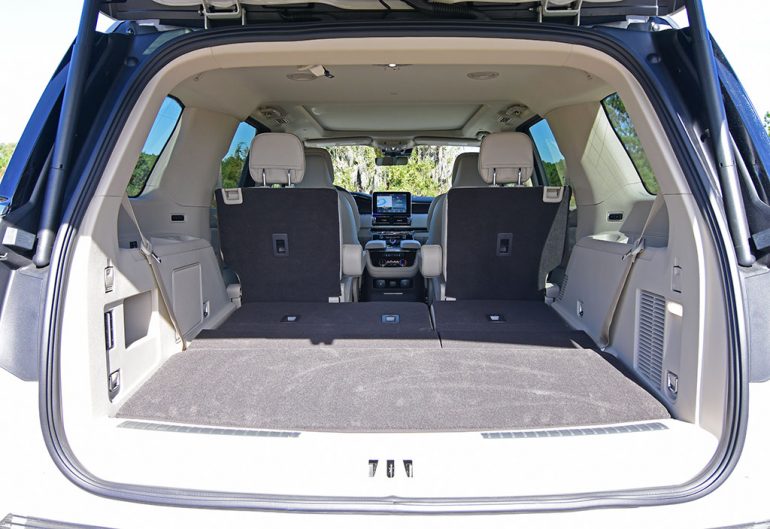