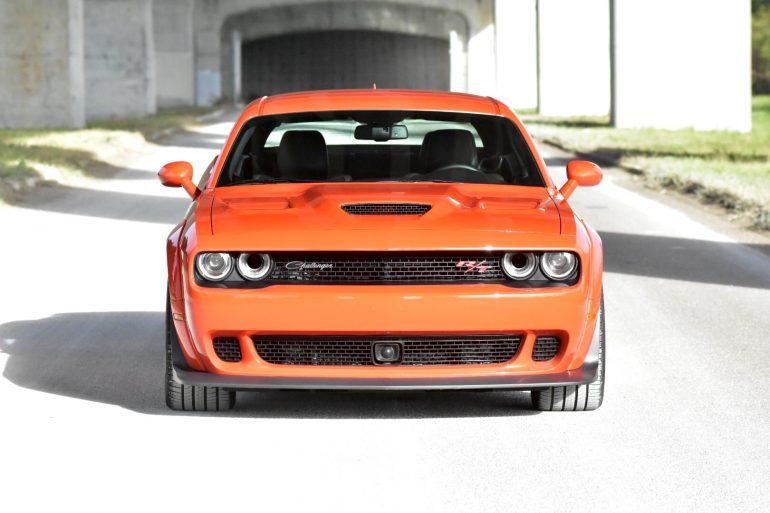 When Dodge hints that they are going all in, you can count on it. Five years ago rumors began to circulate about a street legal factory muscle car that would change the rules. The car would have north of 700 horsepower and forever change the perception of “what is enough.”  The tire-melting, driveshaft twisting, drag strip terror 2015 Dodge Challenger Hellcat was unleashed and a new chapter in the horsepower wars began eventually resulting in a “Demon-possessed” 797-horsepower SRT Hellcat Redeye. The last bit of that sentence was actually cut and pasted from a Dodge press release… 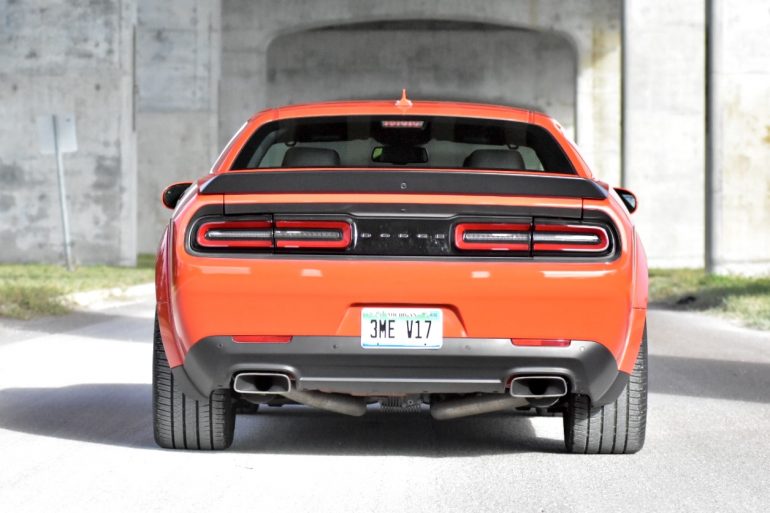 While more really is more when it comes to late-model drag strip dominance, less may be more when it comes to real world driveability. For our needs, which rarely include crushing well-intentioned pony cars at the drag strip, a slighter version of the Challenger works perfectly. Give us the Hellcat Widebody’s glorious design, monstrous V8 and many of the features, but leave the supercharger and nearly $80k starting price at the dealer. 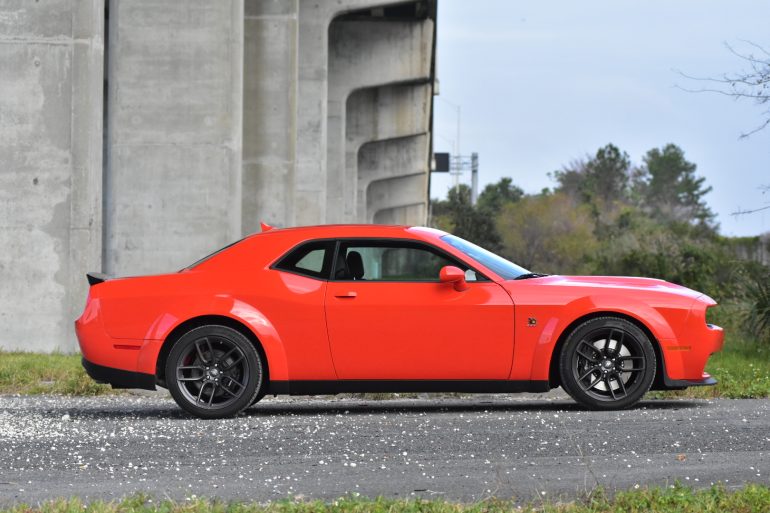 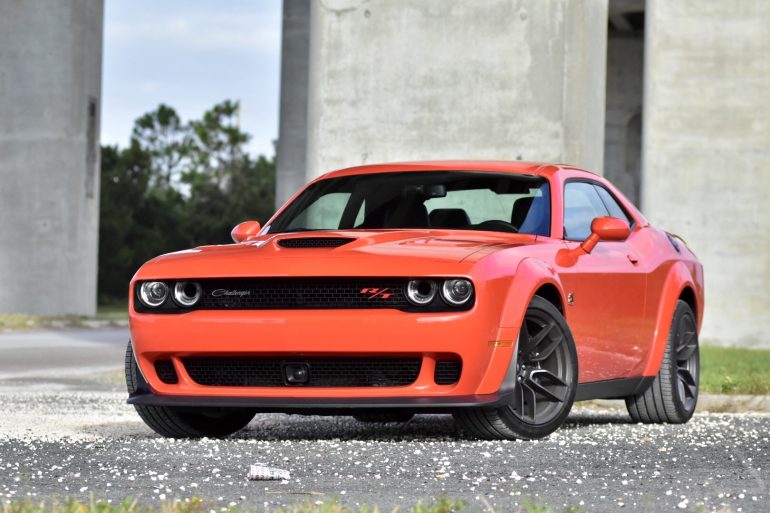 Let’s get the important stuff out there first. The R/T Scat Pack model is powered by a normally-aspiratied 6.4-liter 392 HEMI V8 engine and a Tremec six-speed manual or a TorqueFlite eight-speed automatic transmission.  Either combination works brilliantly to send 485 horsepower and 475 lb-ft of torque through the hilariously-wide rear tires to the unexpectant roadways. 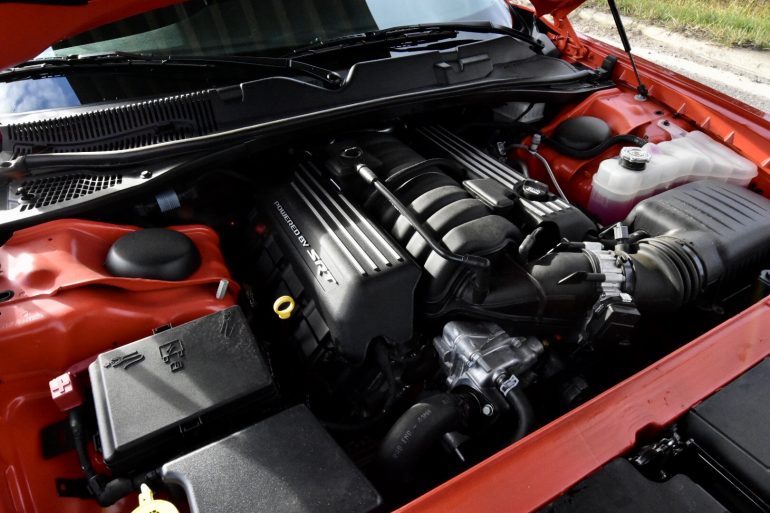 While we are proponents of the Hellcat, we unofficially named it “Family Car of the Year” in 2015, the power is probably more than you need for anything other than world record burnouts and scaring the in-laws. Trying to wrangle almost 800 horsepower when it’s starting to rain and you’ve been cut off by a minivan owner on their way to work can be treacherous. If the base V6 is a little cold and the Redeye is too hot, then the 485 horsepower Scat Pack might be the Goldilocks’ Challenger pick for “just right.” 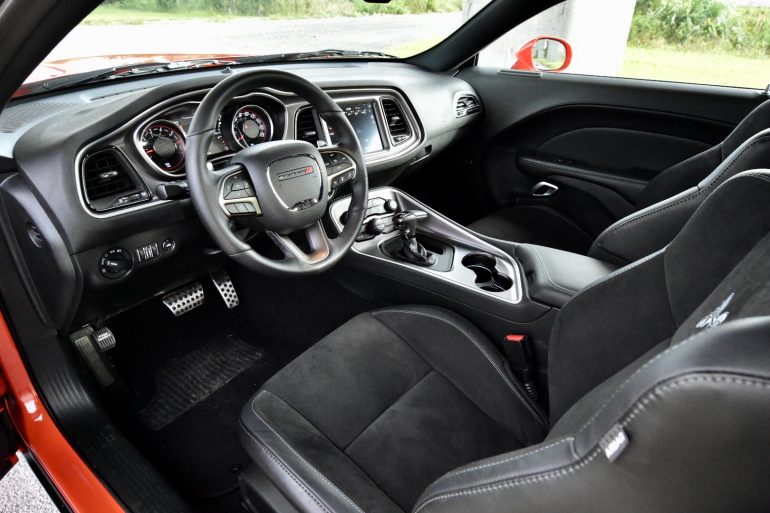 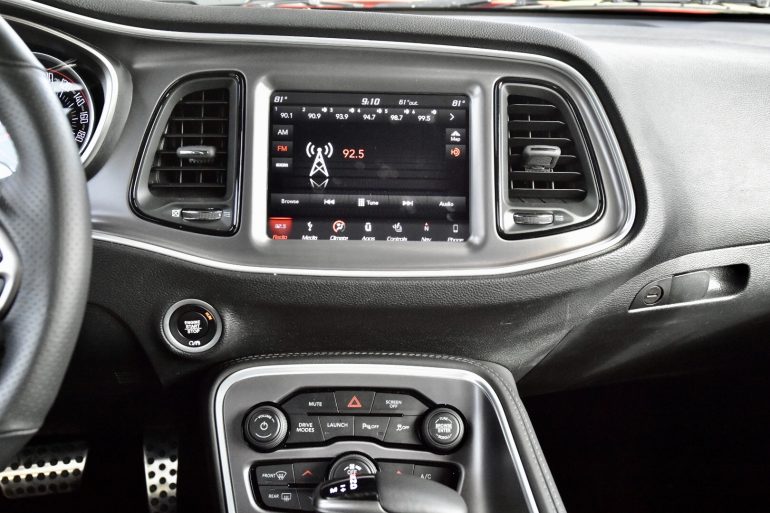 Add in FCA’s excellent UConnect infotaiment system, which is one of our favorites from any manufacturer, and the Challenger R/T Scat Pack Widebody becomes even more compelling as a daily driver. We have always found Fiat Chrysler Automobile’s system to be user friendly and highly functional. 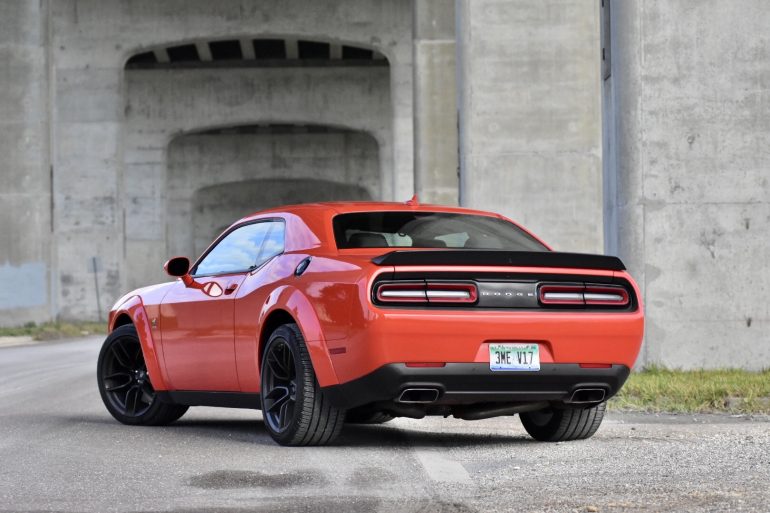 The pricing is just right too. Dodge claims that the R/T Scat Pack “offers the most muscle for the dollar priced less than $40,000.” We won’t argue. With the manual transmission the 475-horsepower Challenger costs $39,245 which equates to about $83 a pony. Our Scat Pack included the widebody package. The model feature the same fender flares from SRT Hellcat Widebody. The flares add 3.5 inches to the overall width of the car. The Widebody sits on 305/35ZR20 Pirelli tires mounted to 20 x 11-inch alloy wheels. All in our review vehicle cost $54,120. 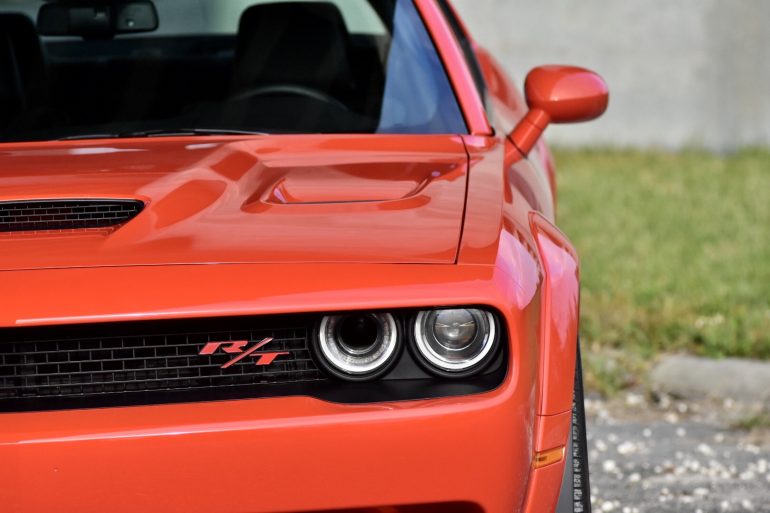 We love the retro styling of the Dodge Challenger. The new Scat Pack widebody model gives owners a chance to have the look and much of the power of the top-tier Hellcat Demon at a fraction of the cost. Families will likely find that the back seat limits the usefulness of the Challenger, but the huge front seats and truck make it one of the most comfortable late-model muscle cars you can buy.

Chris Brewer is an automotive writer and photographer living in Northeast Florida. Chris is a regular contributor to numerous automotive magazines and founded Jacksonville Car Culture, an automotive lifestyle firm that runs Jacksonville’s Cars & Coffee. Chris also works as the director of communications for The Amelia Island Concours d’Elegance, a world-renowned automotive event and two-time winner of the International Historic Motoring Event of the Year award. He also has a doctorate degree from The Institute for Worship Studies.