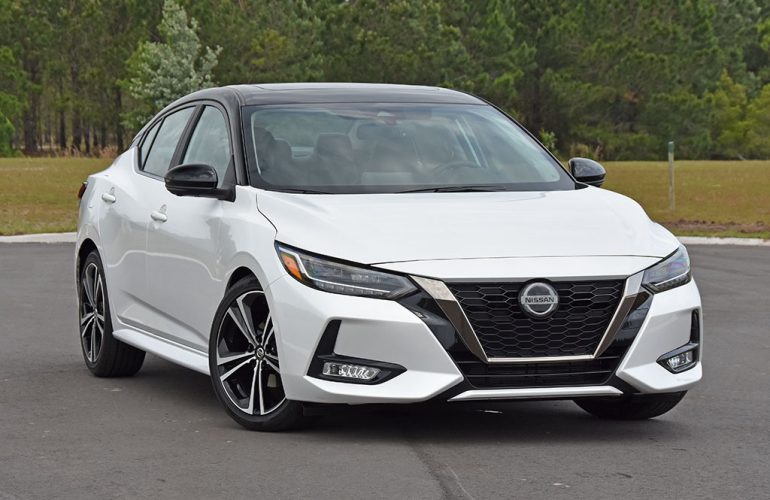 There are some occasions a vehicle must go through several generations to eventually turn into somewhat of a head-turner. Such has taken place with the new 2020 Nissan Sentra SR, which in my opinion, has the best styling it has ever had. Fundamentally, the new 2020 Nissan Sentra has matured and captivated some by its looks alone, which is a good thing considering there are a couple areas that the new Sentra doesn’t “move” the needle for me – I’ll explain.

>> Get The Best Price On The Nissan Sentra from a network of local dealers now. <<

The Nissan Sentra for the 2020 model year has been completely redesigned touting a look and newfound brand theme that is carried through vehicles like the latest Altima, Maxima, and even the Rogue crossover vehicles. Such a theme is a good look for the new Sentra where it often is mistaken for the new Altima or even the Maxima in some cases. The new Sentra SR is sleek! 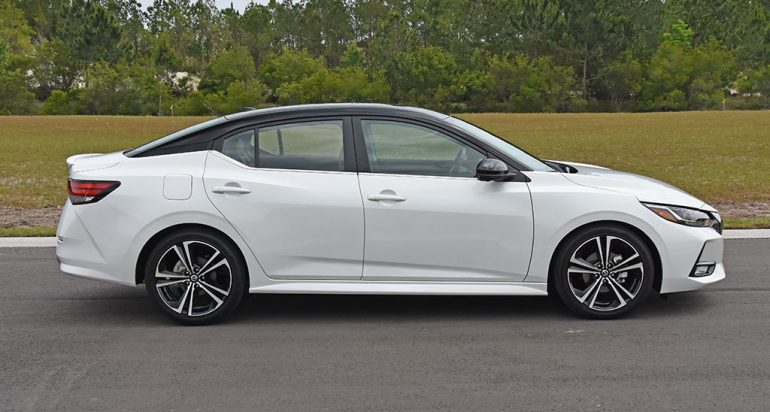 Getting in the new Nissan Sentra in its top-level SR trim, you are almost caught off guard finding a vehicle that looks to be promising for having a unique character and one that adds a sporty appeal. Sure, the exterior of the Sentra SR looks downright good and the interior is a nice improvement to bring its driver and passengers to an inviting space that is just the right size for most. Bottom line, if you were to get in the new Sentra SR, start it up, and just sit in a parking space while onlookers pass by admiring the new sheet metal, the Sentra would be a clear winner in my book for its segment. Unfortunately, that’s where things leave you wondering what happened to the “thrill” that was found in its looks and plethora of features. 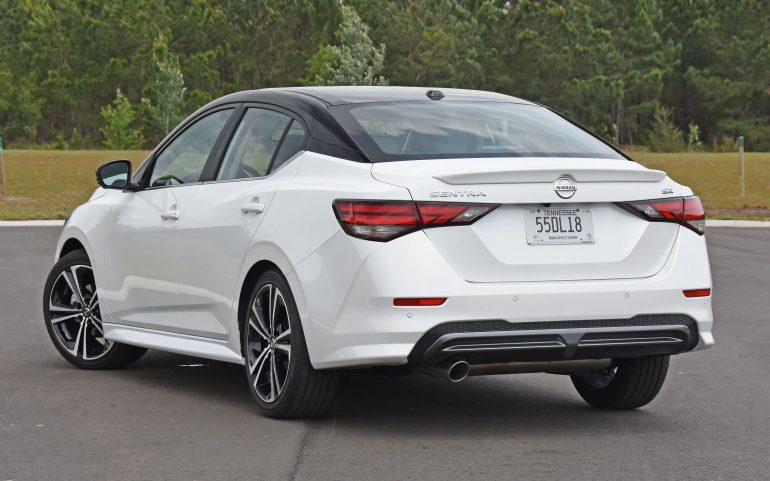 It’s like being at a high stakes table playing your favorite game of cards- Before driving off in the new 2020 Nissan Sentra SR you’re dealt a decent hand of cards. However, as soon as you start off to drive in the Nissan Sentra SR you’re faced with opponents who are the best bluffers in the business and you’re suddenly confronted by the casino security because they suspect that you’ve been counting cards, even though your hand legitimately looks great. In the end, you’re placed under arrest and sent to the downtown jail for processing all because you weren’t fast enough to explain your case. 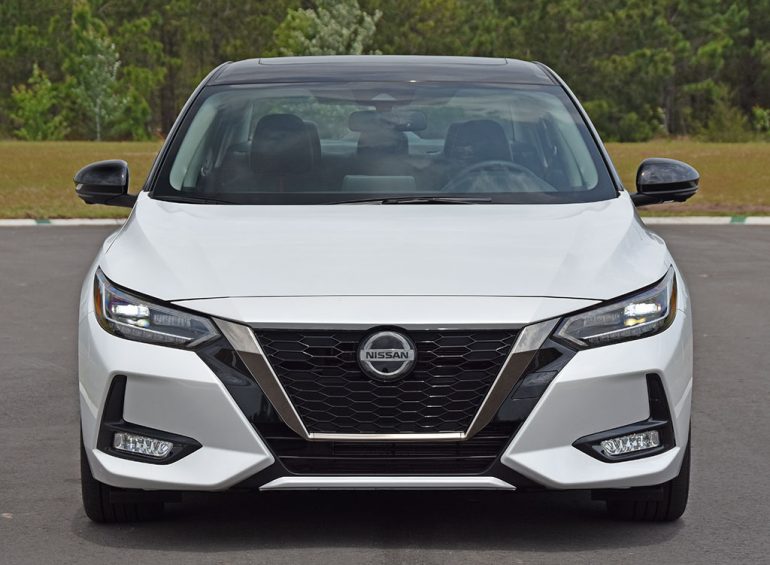 Powered by a 2.0-liter naturally aspirated 4-cylinder engine, the new Sentra is good for 149 horsepower and 146 lb-ft of torque. The engine, sadly for enthusiasts, is paired with a CVT (Continuously Variable Transmission) that does the Sentra SR no justice apart from helping it get around 28 mpg in the city and 37 mpg on the highway. The engine is “okay” and feels happy to rev to its 6,600 rpm redline, but there’s a ‘slow to respond to the proper ratio’ CVT transmission that it has to battle. In all, acceleration is mostly inconsistent and all dependent on the ratio that the CVT decides to utilize on its nearly infinite belt-driven cog. From a standstill you, won’t ever win any races in your class unless it’s against the Toyota Corolla, which is at least something. Zero to 60 mph is going to take 8 seconds or more. Sure, some who come from older compacts will appreciate the performance of the new Sentra as it does feel substantial out on the road with a smooth ride quality and assured handling partly thanks to the larger 18-inch wheels on my test vehicle. The buzzing sound of the inline-4-cylinder hangs on the CVT holding the rpm with occasional ratio step-downs in an attempt to emulate a traditional automatic transmission. Here, the downfall isn’t necessarily the engine alone, it is the pairing with a CVT and with 149 horsepower the CVT doesn’t feel at home in such an otherwise sporty-looking and almost head-turning compact sedan. Commuting in the new Sentra SR won’t be an issue, the only issue is when you expect those sporty looks to translate into a sporty driving character, you’re going to be disappointed. 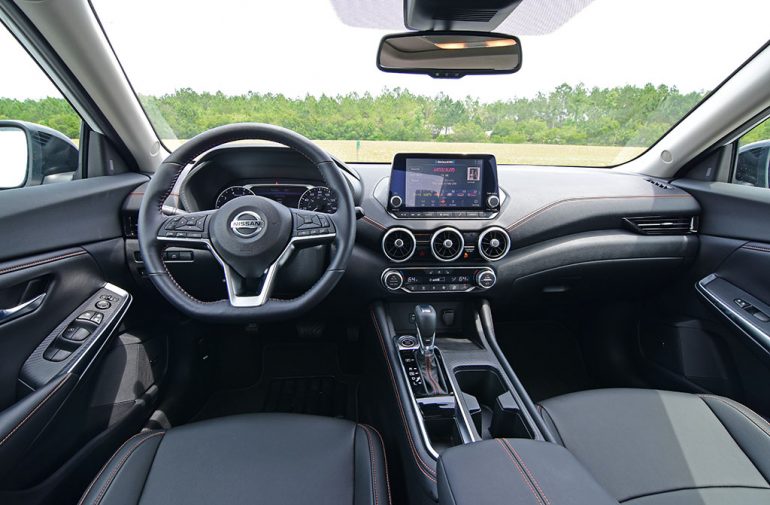 Not all is doom and gloom with the new 2020 Sentra in the sporty top-trim SR flavor. The Sentra has a good amount of room for a compact sedan even though the rear roofline is a little short for 6-foot-tall people like myself. There’s a generous amount of features to keep the driver and passengers appeased where passengers may believe that you went a little upmarket in your car selection. In all, the Sentra SR looks good inside and out and has just the right amount of plushness with its accented stitching and soft-touch dashboard. 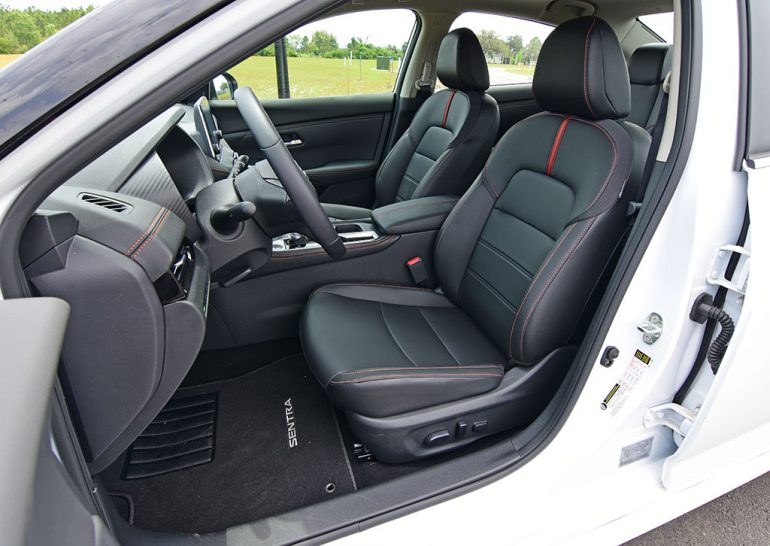 As an excuse for the Sentra SR’s performance, passengers never have to know that your gas pedal is on the floor when you’re toting them around and you have to overtake a car on the highway. For all they know, the Sentra SR is as thrilling as it looks, and you’re just a conservative driver. 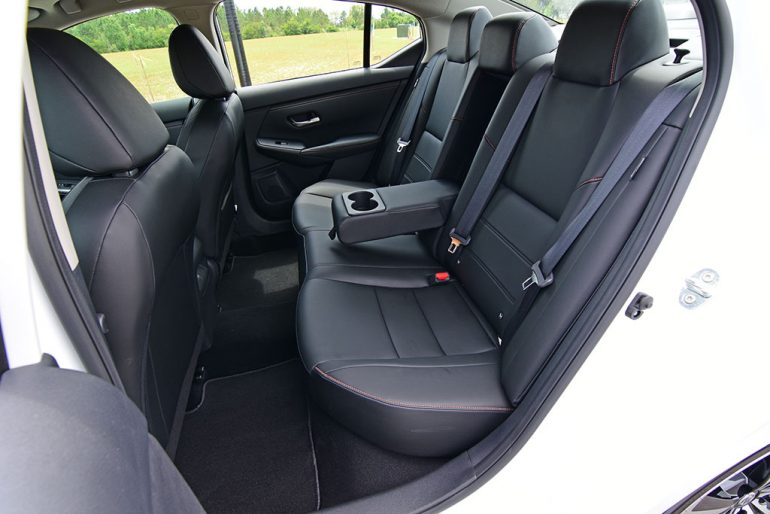 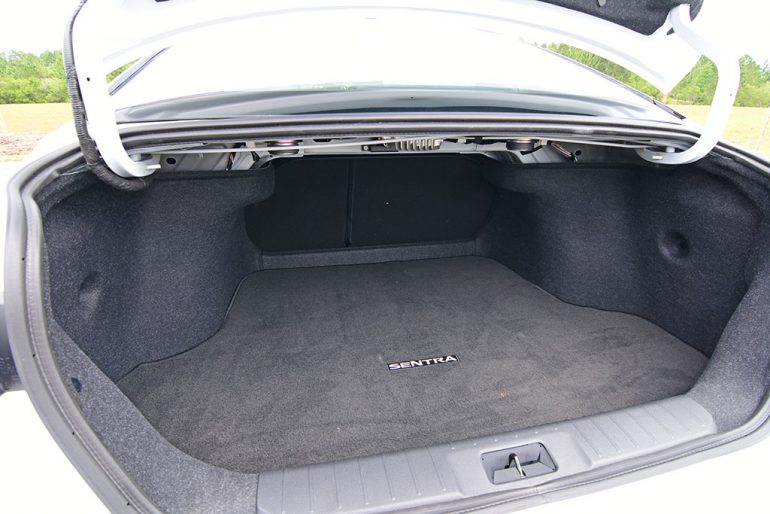 In all, the new Nissan Sentra is a good visual move by Nissan and an excellent value – I’m not so sure the sporty good looks will translate well for some once they drive the Sentra.

>> Get The Best Price On The Nissan Sentra from a network of local dealers now. <<