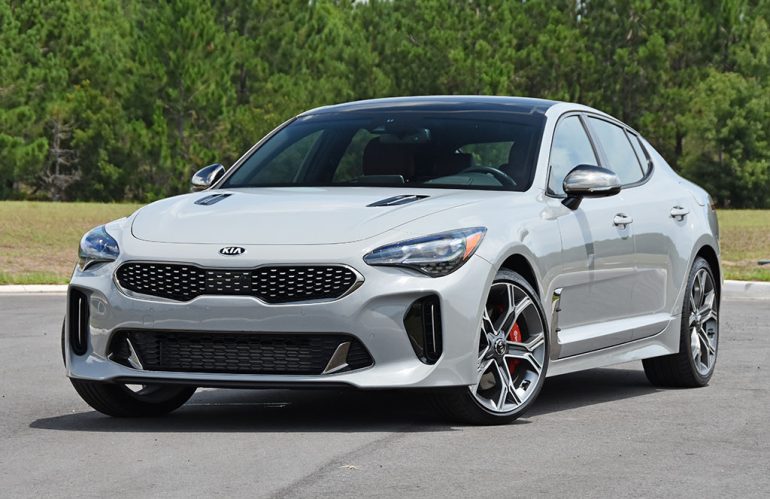 The Kia Stinger has always been an elusive car to other enthusiasts and me, mostly because it sports a badge that many wouldn’t consider being premium or sporty. However, the Kia Stinger has gained recognition from enthusiasts for being a respectable sports sedan that has the proper performance to happily find home in an enthusiast’s garage.

Powered by the brand’s excellent 3.3-liter twin-turbo V6 engine, the Kia Stinger GT in the GT 2 trim and sporting rear-wheel-drive is quite the fun machine. I expressed such in my last review of the Kia Stinger GT when it was first introduced. To expand on those notions, I get a hold of the 2020 model year Stinger GT RWD that doesn’t change much other than the addition of a wireless phone charger from last year and a new 360-degree camera system for backing up or parking. That enjoyable balance of the Stinger, nearly 50/50, adds to the ease of drivability and occasional drifting with the rear wheels spinning in a controlled fashion as the traction control allows for a second or two. The eagerness of the Stinger GT fits its sporty looks well but is somewhat sapped by a slightly bouncy suspension system, something that I had qualms within my last review even though it sports adaptive dampers with two settings (normal and sport).

While there is that one trait of the Kia Stinger GT that I don’t like, everything else about the sporty 4-door with a hatchback-like rear-end fits the mold of being something premium that takes most for a loop when they see one pull it. Even so, many onlookers thought the Kia Stinger GT that I drove for the week shod in its attractive Ceramic Silver paint was a new BMW of some type. To their surprise, it’s a Kia, but not just any Kia, the best Kia ever for enthusiasts, and those who like a thrilling ride. 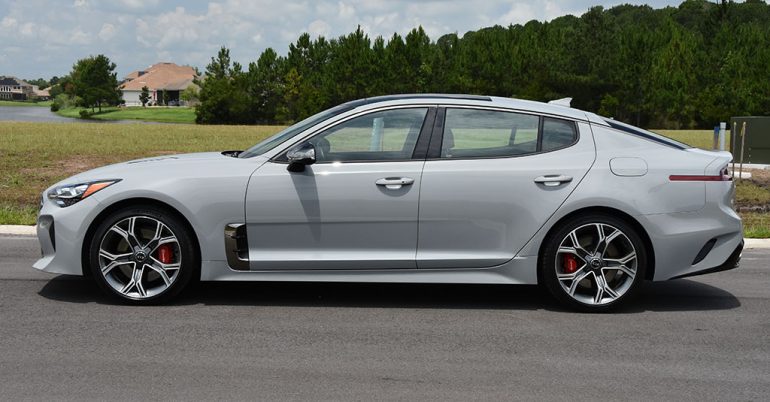 With 365 horsepower and 376 lb-ft of torque on tap, the Kia Stinger GT means business. The 8-speed automatic transmission snaps off shifts rather quickly but with some softness to keep things somewhat civil. Inside, the Kia Stinger remains the same with a smallish infotainment touchscreen but a decent interface mimicking the other Kia and Hyundai vehicle’s user friendless. The Nappa Leather seats, perforated with heating and ventilation up front and heated rear outboard seats, are all comfy and somewhat supportive to match the sporty character of the Stinger GT. 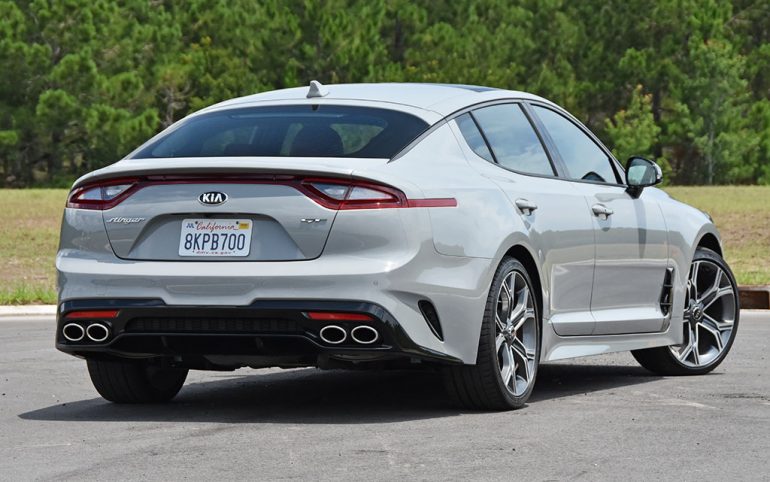 Were things come down to perception, the Kia Stinger GT, despite its Kia badge, undercuts competition but may be a hard pill for some to digest because it doesn’t sport a badge from the big German automakers. Still, at $50,000 for the Kia Stinger GT 2 and all of the enjoyments of several premium and near-luxury features, the Stinger GT is a good deal. Not to mention, those who dare venture into the pre-owned market for the Stinger GT will enjoy the benefits of a industry-leading warranty and an even lower price.