How Visual Technology Is Revolutionizing The Driving Experience 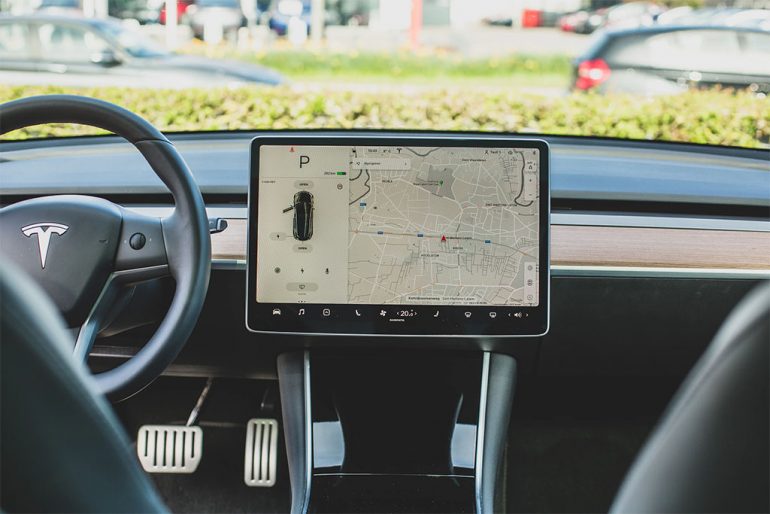 Automotive technology has come a long way over the last two decades, from cars being able to drive themselves on busy city roads to electric vehicles slowly taking over. One area that has seen a lot of developments is automotive visual technology. Gone are the days when the only form of visual technology you’d find in cars was a simple mono LCD that only displayed the time and basic CD player information. Today, quality displays are standard in most vehicles coming off production lines and are packed with many capabilities that enable users to do more than ever before.

In the past, the only thing you had in a car for entertainment was the radio and CD player. Today, TFT LCD panels are the norm, with more advanced cars offering touchscreens with powerful inbuilt infotainment systems that allow drivers to play music, listen to podcasts, watch videos, or even play games, all without having to use traditional dials, knobs or buttons. Some extremely top-spec systems also allow drivers to control their entertainment with simple gestures or just their voice so that they can focus fully on driving.

The safety of vehicles is improving with the help of various visual technologies. For one, modern vehicles display all kinds of safety-related information for drivers – the speed, driving mode, condition of the vehicle, and weather conditions – allowing them to make better and safer decisions when driving. With the help of various sensors and cameras, some vehicles may also display more advanced safety data such as forward-collision warnings, lane departure warnings, pedestrian detection, drowsiness warnings, and animal detection. Due to advances in data storage and camera technology, dash cams have also become cheap and reliable tools for improving road safety. High-quality footage from a dash cam can be used in the reporting and prosecution of unsafe drivers, as well as in identifying mistakes so that drivers can adopt safer driving habits. Similarly, interior and reversing cameras make for great security and safety additions respectively.

Using visual technology, automakers are competing to make their vehicles easier to use and more convenient, especially for the younger generations and people with disabilities. For example, instead of having buttons, dials and knobs taking up most of the dashboard space, modern cars have a single touchscreen that allows drivers to control various elements of their vehicle, from air conditioning levels to engine mode and audio performance. Getting into and out of tight parking spaces is also easier thanks to rear and other cameras in modern cars. Another development that has been hailed as the future of automotive visual technology is augmented reality, where automakers are using head-up displays to offer improved vehicle and driver information in an easily comprehensible way right before their eyes. The AR-HUD projects virtual information – such as navigation data – directly into a driver’s line of sight, helping them avoid distractions and sensory overload while driving.

A host of new visual technologies are entering the auto industry, largely driven by the development of smart technologies and connectivity. Thanks to these technologies, the modern car is much more than a driving machine: it’s a navigation device, a communication tool and an entertainment system all rolled into one.