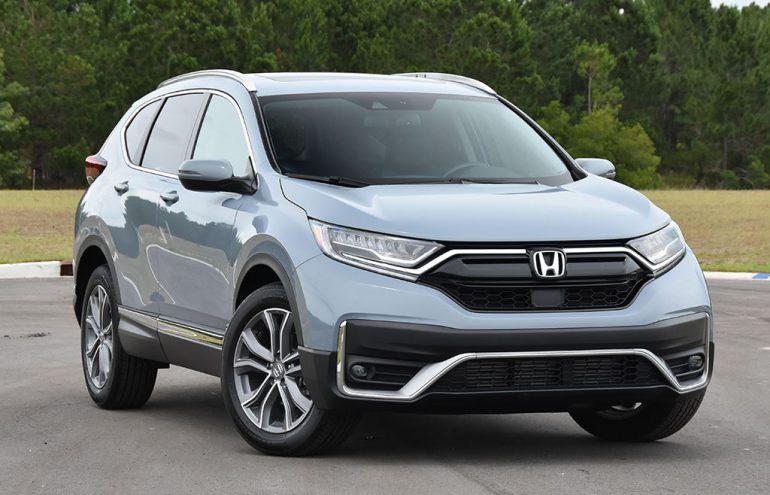 Honda’s longstanding in building reliable vehicles for families has remained on a consistent path, and vehicles like the 2020 CR-V continue to get better. In making “things” better, Honda now equips all trim levels of the CR-V with the brand’s 1.5-liter turbocharged 4-cylinder engine to elevate the performance of their hot-selling compact crossover across the board.

The 2020 Honda CR-V not only departs from the outgoing 2.4-liter engine with less power, but the exterior styling is refreshed but remains to have the same overall design as the new 2017 model year, which marked the CR-V’s fifth generation. 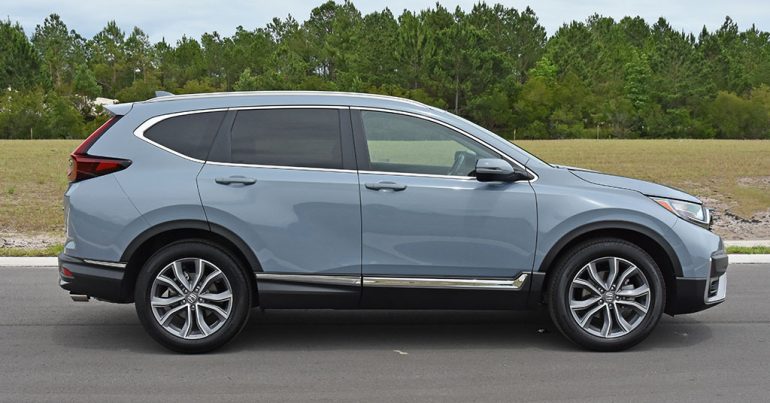 The single-engine choice, a 1.5-liter turbocharged 4-cylinder similar to what is found in many Honda Civic trims, is a welcomed change for the CR-V in the lower trim levels. While the engine is still mated to a Continuously Variable Transmission (CVT), the drivability of the CR-V is welcomed for most with a zero to 60 time of about 7 seconds, which is over two seconds quicker than the now-discontinued naturally aspirated 2.4-liter 4-cylinder engine-equipped CR-Vs from previous years. The 190 horsepower and 179 lb-ft of torque of the 1.5-liter turbocharged engine does well to scoot the CR-V along without wanting additional power. While the CVT does sap some of the fun and initial forward momentum from a stop, it does perform well to keep the engine in its power band after things get moving without sacrificing much fuel economy. 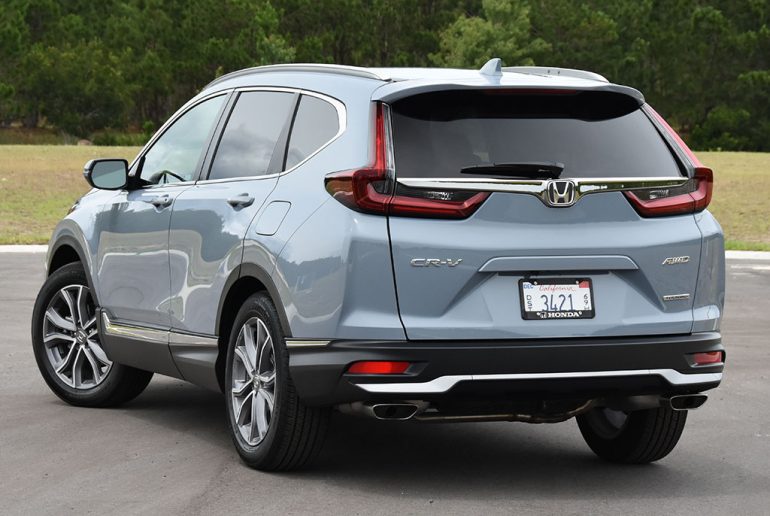 Fuel consumption remains consistent and good at 27 mpg city, 32 mpg highway, and 29 mpg combined for the all-wheel-drive CR-V. Opt for the standard front-wheel-drive setup, and the CR-V looks to better the highway figure with 33 mpg. 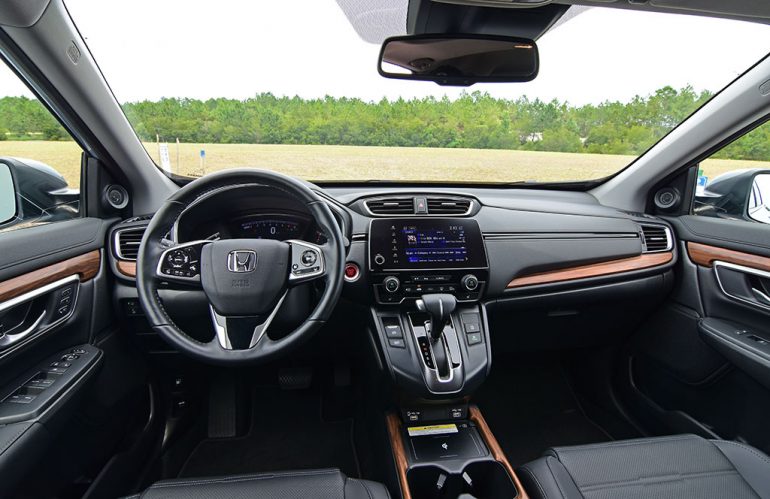 As a good move by Honda, they don’t mess up a good thing and keep the CR-V fundamentally the same with a few styling tweaks outside. In the top-level AWD Touring trim of my test vehicle, the CR-V adds appealing equipment starting with larger 19-inch wheels, hands-free power tailgate, wireless phone charger, heated steering wheel, automatic LED headlights, rain-sensing wipers, ambient lighting, navigation, and an upgraded 330-watt audio system. The benefit of the higher trim levels in the CR-V is that the pricing doesn’t get too crazy where the base CR-V LX starts at $25,050 and moving up to something like the well-appointed EX-L trim sets you back $30,050. My top-trim CR-V Touring test vehicle starts at $33,250 and ends up with an as-tested price of $35,845 after adding the all-wheel-drive system and destination charge of $1,095. 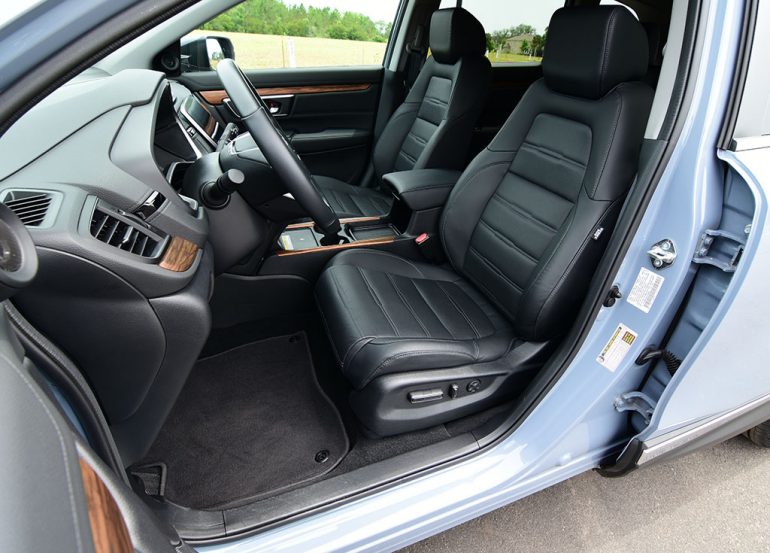 The roominess of the Honda CR-V is a shining point standing tall among its competitors. To elevate itself, the Honda CR-V for the 2020 model year now having the single-engine choice that’s the more powerful variation, somewhat surpasses vehicles like the Nissan Rogue in the area of performance, which may win over some lighthearted enthusiasts or those who enjoy having some extra substance at the push of the gas pedal. 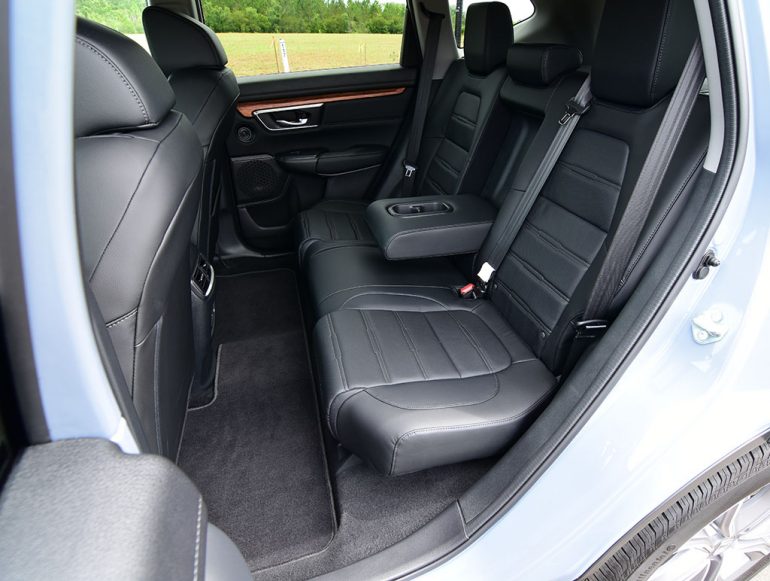 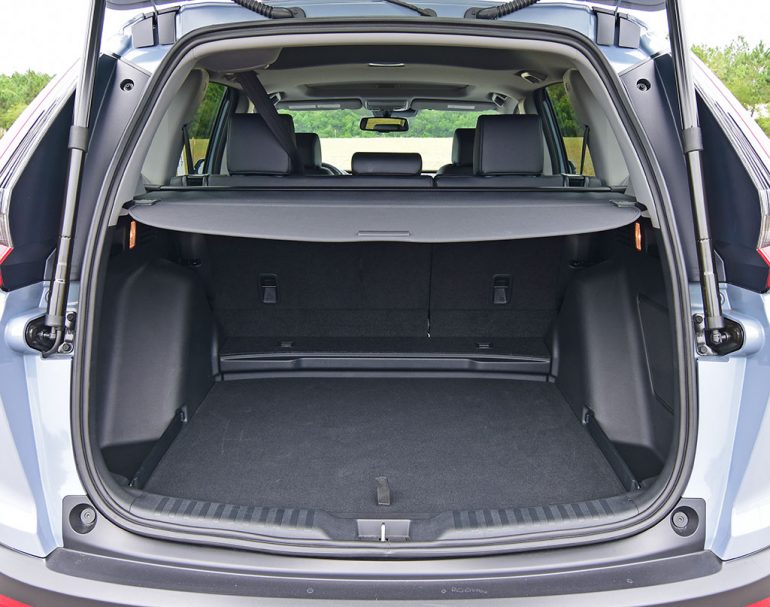