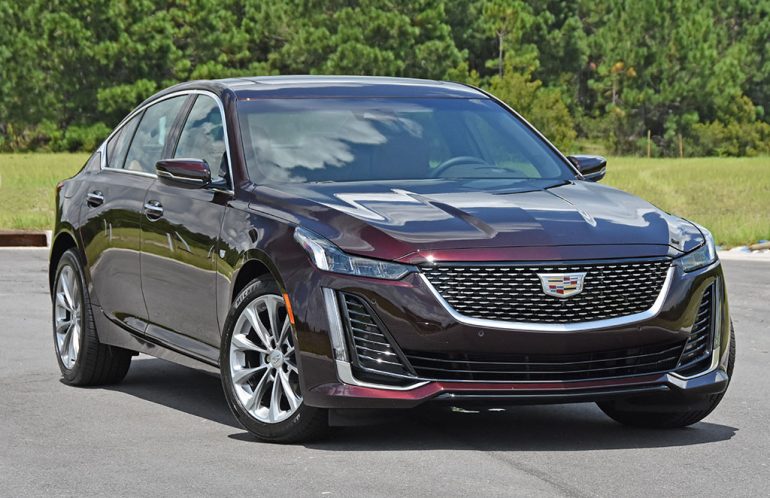 Cadillac appears to be in a stage of methodically redefining their position as an American luxury automaker that refuses to be overlooked. With new vehicles like the Escalade to set a new recognition in the luxury world, Cadillac brings in a decent support system from its other vehicles, starting with a new lineup of sedans. One of the notable new sedans in the Caddy lineup, the new CT5, takes the place of an outgoing champion, the CTS. Just like the new CT4 takes the place of the outgoing ATS, the CT5 is a nice fit for a new forward-thinking CTS. While the CT5 name is a nice play on what the old CTS badge looked like, one should not confuse the new name as it signifies a new design language for the brand that not only carries over into other sedans but fits the mold of their crossover utility vehicles and Escalade large SUV. The other badging for the CT5 includes the “550T”, which is another play for showcasing the powertrain of a particular vehicle, only the number represents the engine torque figure in newton meters (which equals about 405 lb-ft), something that’s confusing in America.

Powering the new Cadillac CT5 is either a 2.0-liter turbocharged 4-cylinder with 237 horsepower and 258 lb-ft of torque or a new 3.0-liter twin-turbo V6 engine that pumps out 335 horsepower and 405 lb-ft of torque, which is found in my CT5 Premium Luxury AWD-trimmed test vehicle. Being the middle of the row for the trim level, my CT5 Premium Luxury AWD test vehicle is loaded up with a bevy of available features to complete a decent package for desirable luxury appointments, such as front heated, ventilated, and massage seats, color heads-up display, power steering column, memory driver’s seat, and the latest review camera mirror system that displays a live uninterrupted video feed in the rearview mirror of what is behind you at all times. 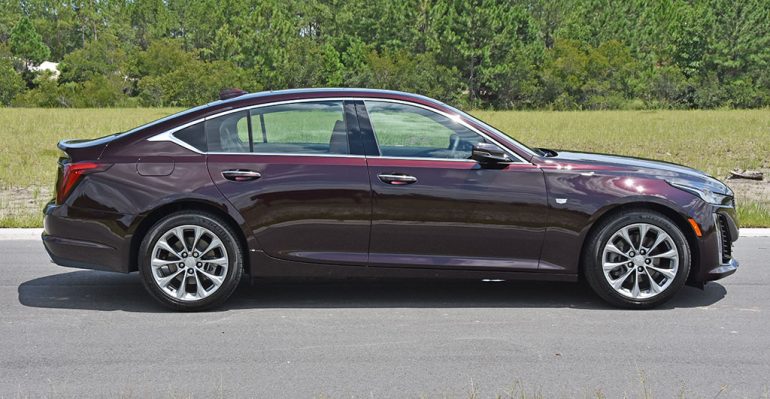 The way the new Cadillac CT5 drives is delightful. Everything about its balance is spot on, and the fixed dampers do well to balance out a hint of sportiness but are mostly tuned to the side of comfort. The drivetrain is excellent and surprisingly lively with the twin-turbo V6 engine. In fact, the twin-turbo V6 paired with the 10-speed automatic transmission work in tandem to quickly bang through the gears without unnecessary hunting for the proper cog. Shifts come on quick and snappy without much harshness. The engine spins up fast with very little turbo lag out of the hole from a standstill. Zero to 60 mph happens fast, in just 4.9 seconds with my all-wheel-drive CT5 test vehicle. There’s a hit of engine noise that appears to be accented by some artificial sound induction being pumped into the cabin, which is exacerbated by the new My Mode drive mode that can be customized for a louder engine sound setting as one of the few parameters that you can customize to your liking for the customizable mode. 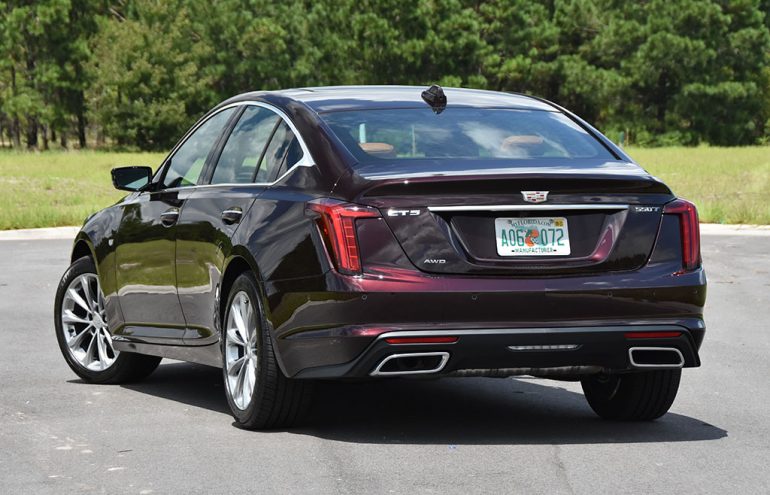 The brakes are a bit touchy with a very short travel where they start to clamp down from a very soft press. Most of the brake feel is absent as they are a brake-by-wire setup, but they tend to do well to avoid applying the wrong amount of pressure that you desire. It’s almost magical in a way. 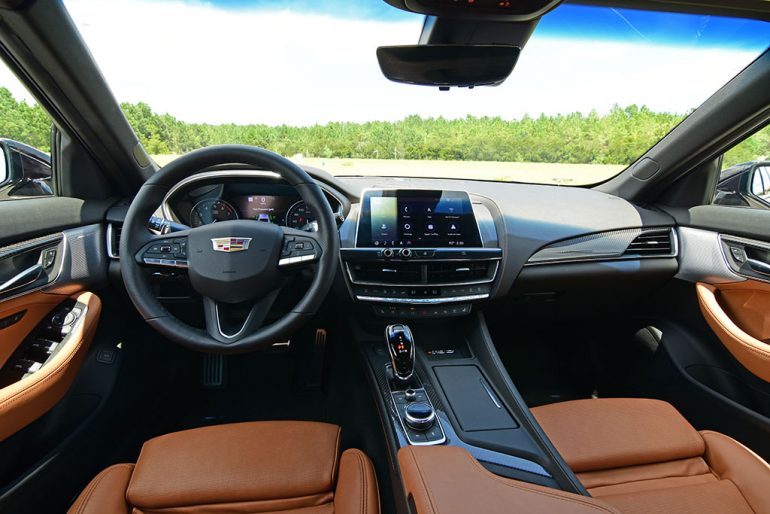 The interior of the new CT5 is a new space that fits the new theme shared by all-new model Cadillacs all the way up to the new Escalade. The latest infotainment system, parting ways with the old CUE that was a love or hate affair with many, the setup becomes more simplistic with straightforward menu sets and a relatively easy learning curve. Also, theres a surprisingly amount of redundant controls where you have three ways of changing the volume alone and there’s a good amount of physical control knobs and buttons as an alternative to perfectly-angled 10-inch touchscreen. The interior volume is good, but the major issue that I find is the seat comfort isn’t what I expected it to be. The seats seem a little harder than I would like, and finding the optimal driving position takes a while. Granted, the front seats have plenty of power adjustments with power-adjusting bolsters and a manual thigh adjustment. 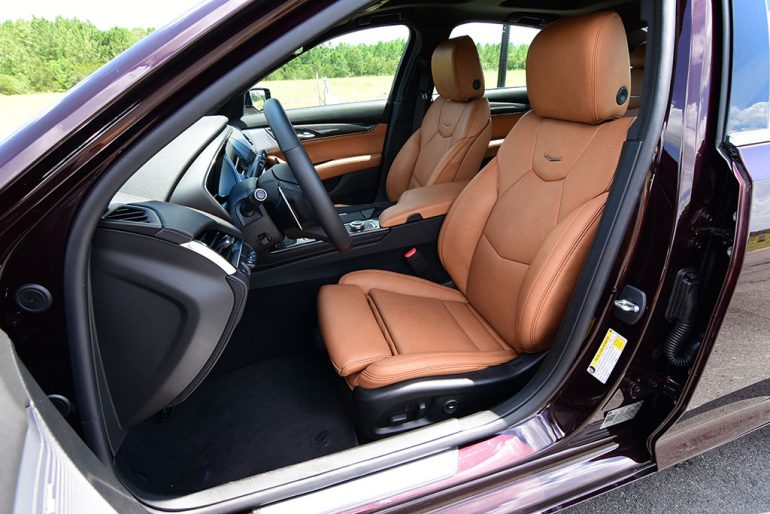 The rear seating is decent as well as there is a clever use of the space of the CT5. The trunk is almost 12 cubic feet, which is a bit smaller than some of the competition. 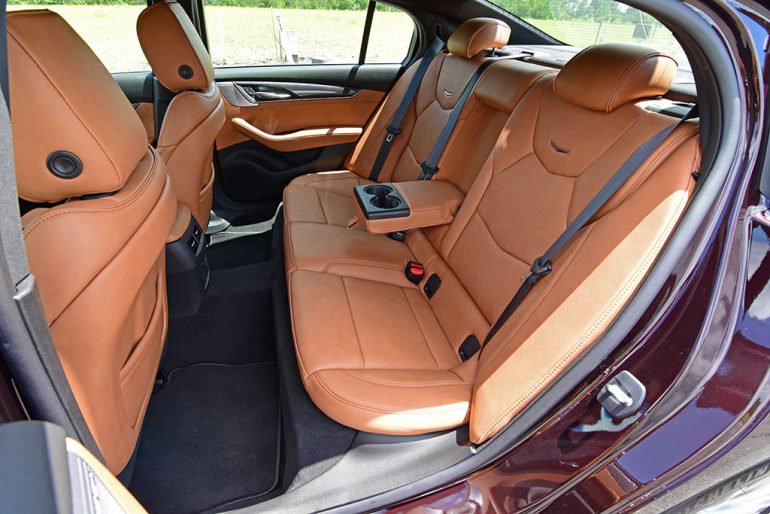 Fuel consumption is somewhat of a letdown, even for the amount of power than the CT5 has. Basically, things could be a bit better here, considering the competition’s fuel consumption figures. The EPA estimates come in at 18 mpg city, 25 mpg highway, and 21 mpg combined for the AWD Twin-Turbo V6 CT5, which is slightly below the RWD version. 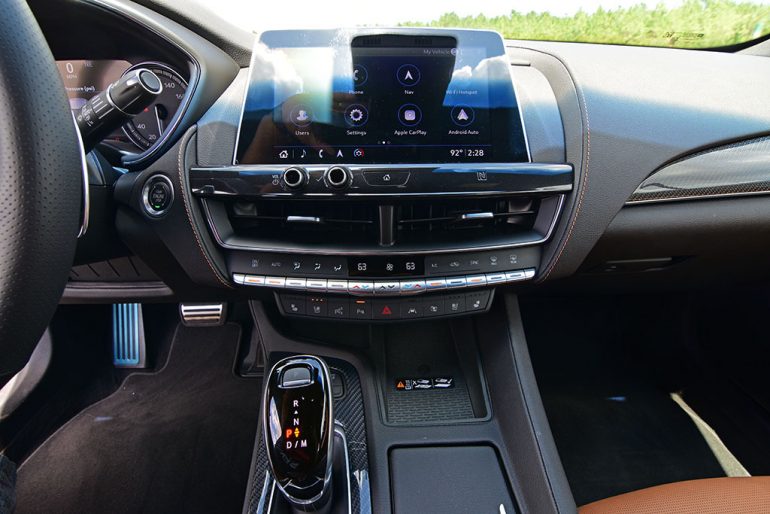 The struggle for vehicles like the Cadillac CT5 remains to be its value perception, which is convoluted because of the many crossover utility vehicles that are currently offered. Having the as-tested price of my nicely equipped and nearly loaded CT5 Premium Luxury AWD test vehicle with the twin-turbo V6 engine at $59,395, one wonders how much of a luxury CUV they can get for the same price, which will then grant them a more versatile vehicle. You see, today’s automotive industry has consumers seeking CUVs over sedans somewhat due to getting a better value perception in getting a vehicle that can do more, much more than a sedan sans the performance factor. When decent performance from something like the hew Cadillac CT5 twin-turbo V6 doesn’t matter to buyers, that’s when things get strange. Otherwise, the new 2020 CT5 is an excellent luxury sports sedan that may have been the best thing around 10 years ago. Today, it’s just “good” in the vast landscape of record-selling CUV/SUVs. And, I don’t know if that’s good enough.